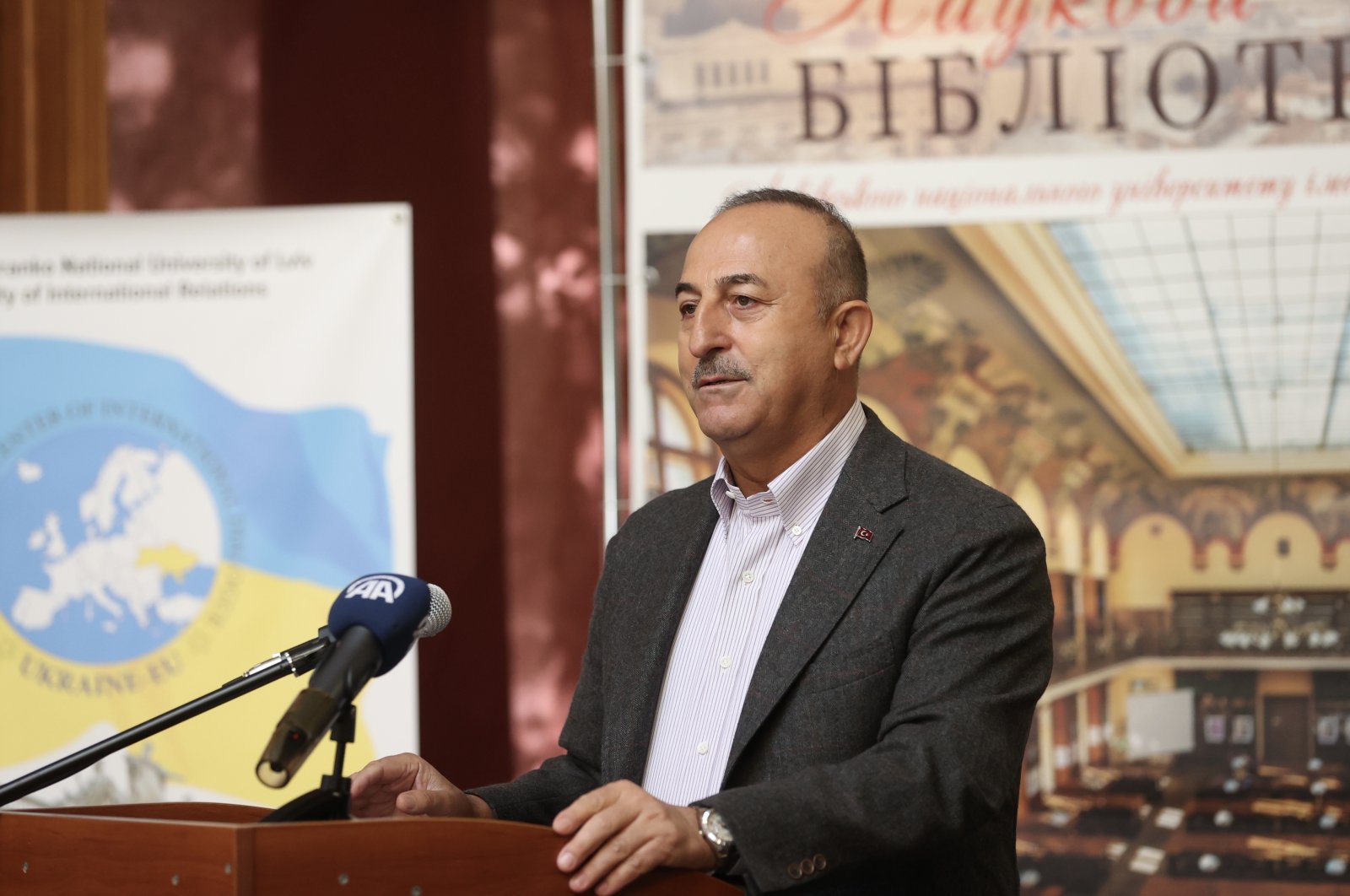 "It is enterprising because it is open to new ideas and takes proactive action, and it is humanitarian because we place humans at the center of our thinking and actions," Çavuşoğlu said at a virtual panel discussion hosted by Ivan Franko National University of Lviv in western Ukraine.

"Only with innovative thinking can we have proactive rather than reactive diplomacy," he said.

The minister noted that while being innovative, countries should uphold their principles.

"Only with principled and humanitarian diplomacy we can tackle global challenges," he said.

"We need a multi-stakeholder effort to place diplomacy at the center," Çavuşoğlu said with his Ukrainian counterpart Dmitro Kuleba at the panel titled "Diplomacy in the Vanguard of Modern Trends: Creating a New Sense of International Reality."

"Change is a constant reality," he said, emphasizing that the global landscape is rapidly transforming. "What is different now is that change is much faster."

The foreign minister noted that the world was easier to understand for international relations students until the beginning of the century, and it was even easier before 1990 when alliances stood firm.

However, the world is now multipolar and alliances are changing, he said, adding that in addition to traditional threats, it faces new challenges such as hybrid threats, cyberattacks and climate change.

"Despite all the disagreements on various issues, there is consensus on the fact that the global system established after World War II cannot respond to that," he noted.

The minister emphasized the importance of international society grasping this shift and adapting diplomacy accordingly.

Even though the states are still primary actors, the role of universities, companies, think tanks and even individuals is getting bigger, he stressed.

"We need to have an inclusive approach in devising new policies," the minister noted.