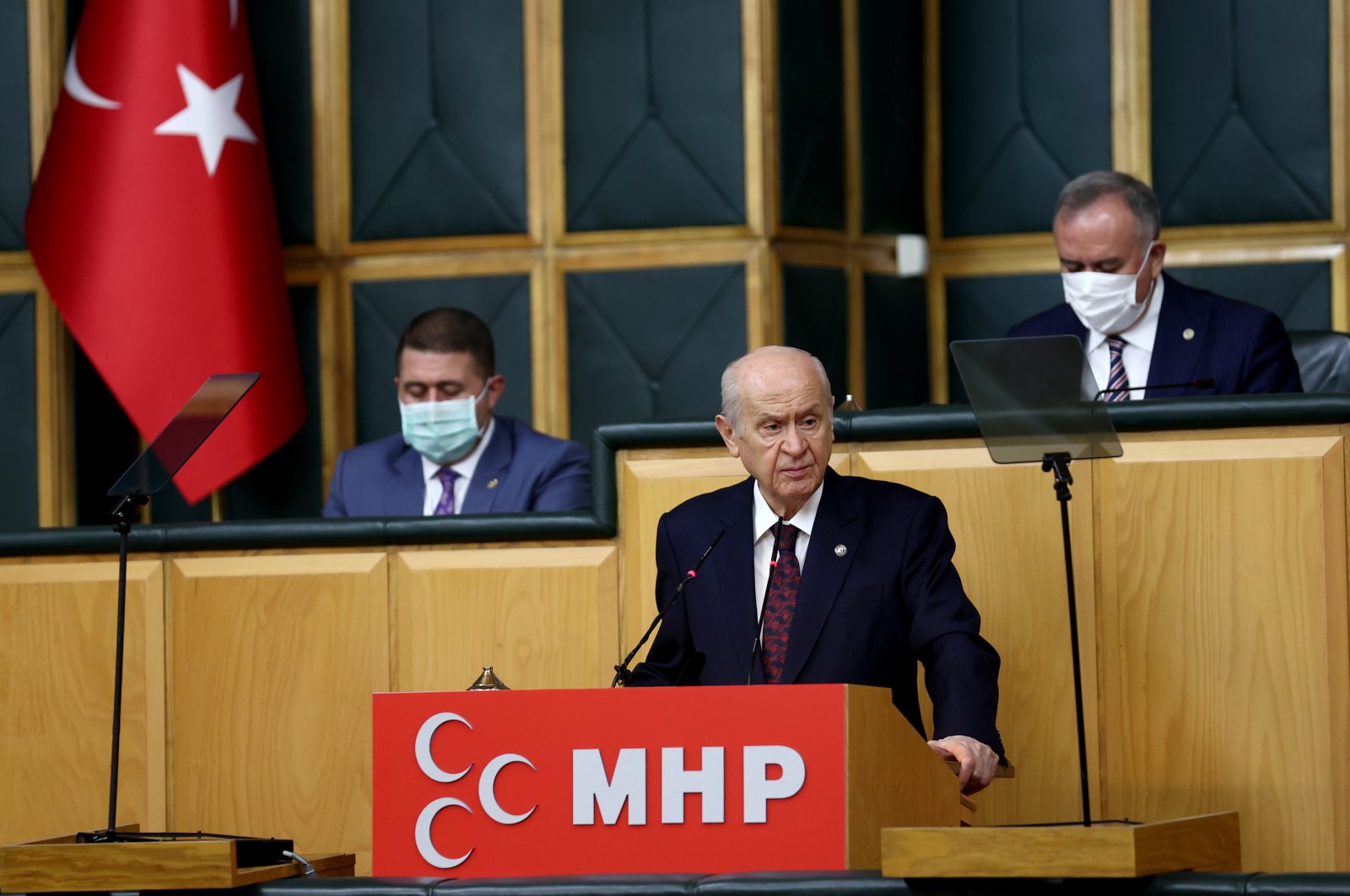 "Unless the terror nests in Pennsylvania are dispersed and the terrorist leader (Fetullah) Gülen and his gang are held accountable before Turkish justice ... the Turkish people will not be able to breathe a sigh of relief," Bahçeli told his party's parliamentary group.

Gülen resides in the U.S. state of Pennsylvania.

Bahçeli said that if the U.S. had not been behind FETÖ, then under the rules of alliances, the U.S. would have "immediately" extradited Gülen to Turkey.

"There is no alternative, no other solution, no other choice, the price of betrayal would not have been paid otherwise," he said.

"The U.S. is obliged to fulfill this historic duty to support the fight against terrorism," he added.

Since 2016, U.S. presidents have said it is up to independent judicial authorities to decide on Gülen's extradition, claiming that Turkey has not given them sufficient evidence proving Gülen's guilt.

But Turkey has said it sent U.S. officials extensive evidence showing that Gülen was the coup ringleader.

Gülen, who arrived in the United States in 1999, currently lives in a luxurious retreat in Saylorsburg, Pennsylvania, in self-imposed exile. He never leaves the well-guarded compound but often gives interviews to foreign media. Ankara formally requested Gülen's extradition on July 19, 2016, and has been pressing the U.S. ever since, sending hundreds of folders full of evidence implicating Gülen and FETÖ in the coup attempt. The issue has been raised in bilateral meetings between Turkish and American officials in phone calls, letters and other exchanges.

Turkey also sought a preventive arrest to keep Gülen in the U.S. after reports emerged that the terrorist leader was planning to flee to another country. While Ankara says evidence shows that Gülen's network formed a quasi-state within the Turkish government and attempted to topple it with the ultimate intent of taking over the state through a coup, the U.S. has been reluctant to extradite him, claiming that there is insufficient evidence to associate him with the July 15, 2016 coup attempt. The issue has created a deep rift in relations between the two countries.