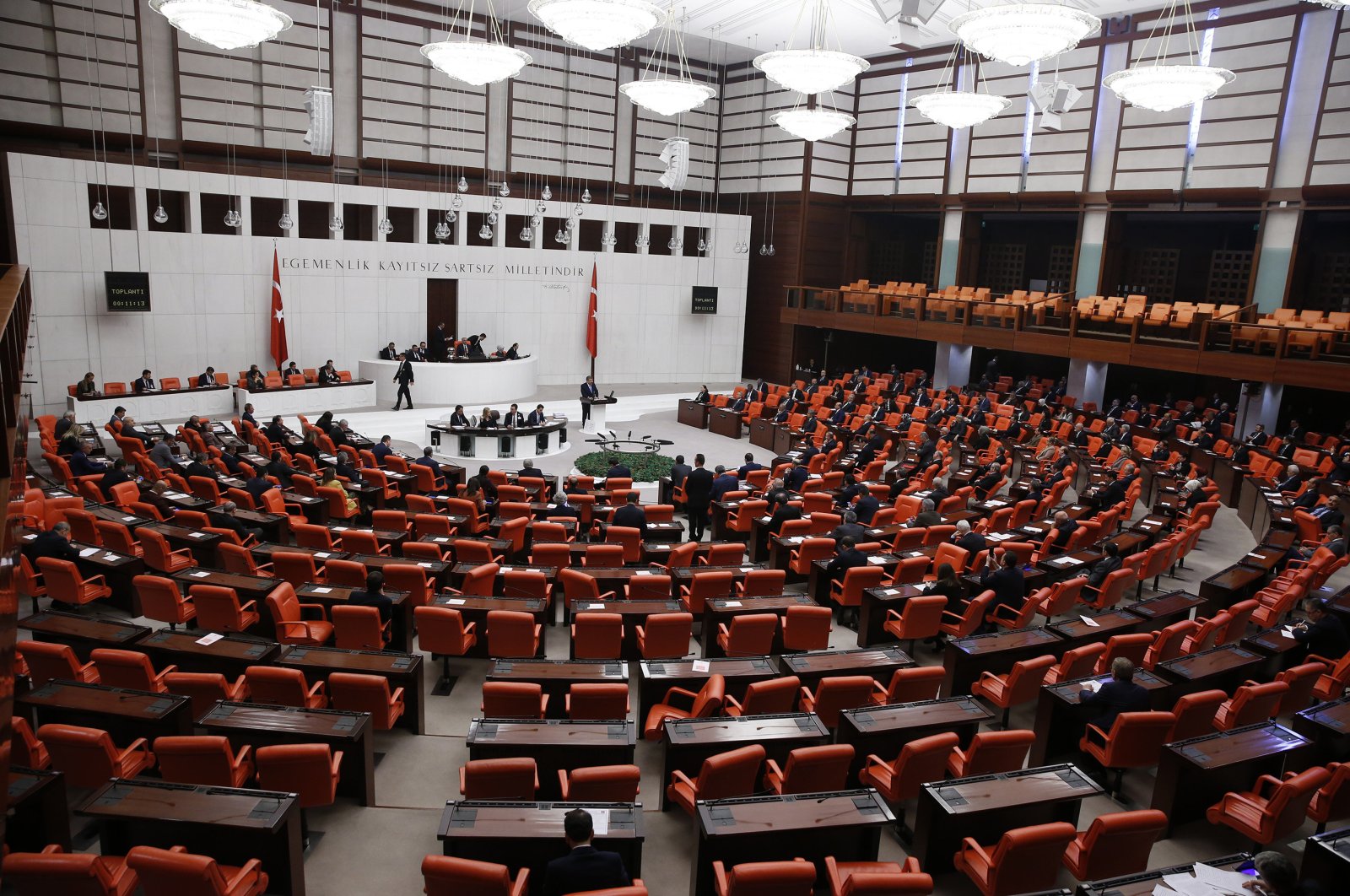 The Turkish Parliament will resume full activities on Monday for the first time since a hiatus was declared on April 16.

The coronavirus pandemic will top Parliament's agenda as it will start working under "new norms" including enhanced hygiene measures, use of masks and social distancing.

The first regulation to be handled by the general assembly will concern the awarding of extra powers to neighborhood wardens. Accordingly, these security units will now be allowed to stop vehicles and pedestrians, ask for identification and escort women or children suffering from violence or abuse to the nearest police station. The wardens will also have the right to hinder any acts disrupting peace and will have the right to use force and guns to aid general security forces. They will be employed under the gendarmerie, operate within these units and duly classified as a wing of the security division. Working hours for wardens will be set at 40 hours per week.

Furthermore, the ruling Justice and Development Party (AK Party) will continue its work with the Nationalist Movement Party (MHP) regarding the drafting of the regulation of the bar association election system and the prevention of the transfer of its deputies to other parties.

Meanwhile, President Recep Tayyip Erdoğan, who had been working from Istanbul over much of the duration of the pandemic, will resume his residency at the Presidential Complex in Ankara this week.

Erdoğan held numerous meetings via teleconference over the course of this process. He will now enter a busy period as the country initiates a normalization process.

He will head the National Security Council (MGK) meeting Monday, which has not been held since Jan.30. The president will hold Wednesday the AK Party’s Central Executive Committee (MYK) meeting, followed by a meeting Thursday.

The MGK will discuss the developments in Syria, especially in Idlib, immigration, the latest situation in Libya, the fight against terror, the effects of COVID-19, as well as the drilling activities in the Eastern Mediterranean.

The AK Party MYK meeting will focus on the measures taken against the pandemic and will evaluate the regulations discussed in the assembly.

The Cabinet, headed by the president, met nine times via videoconference, will now sit down face to face. It will discuss the curfews and the latest COVID-19 situation in Turkey.