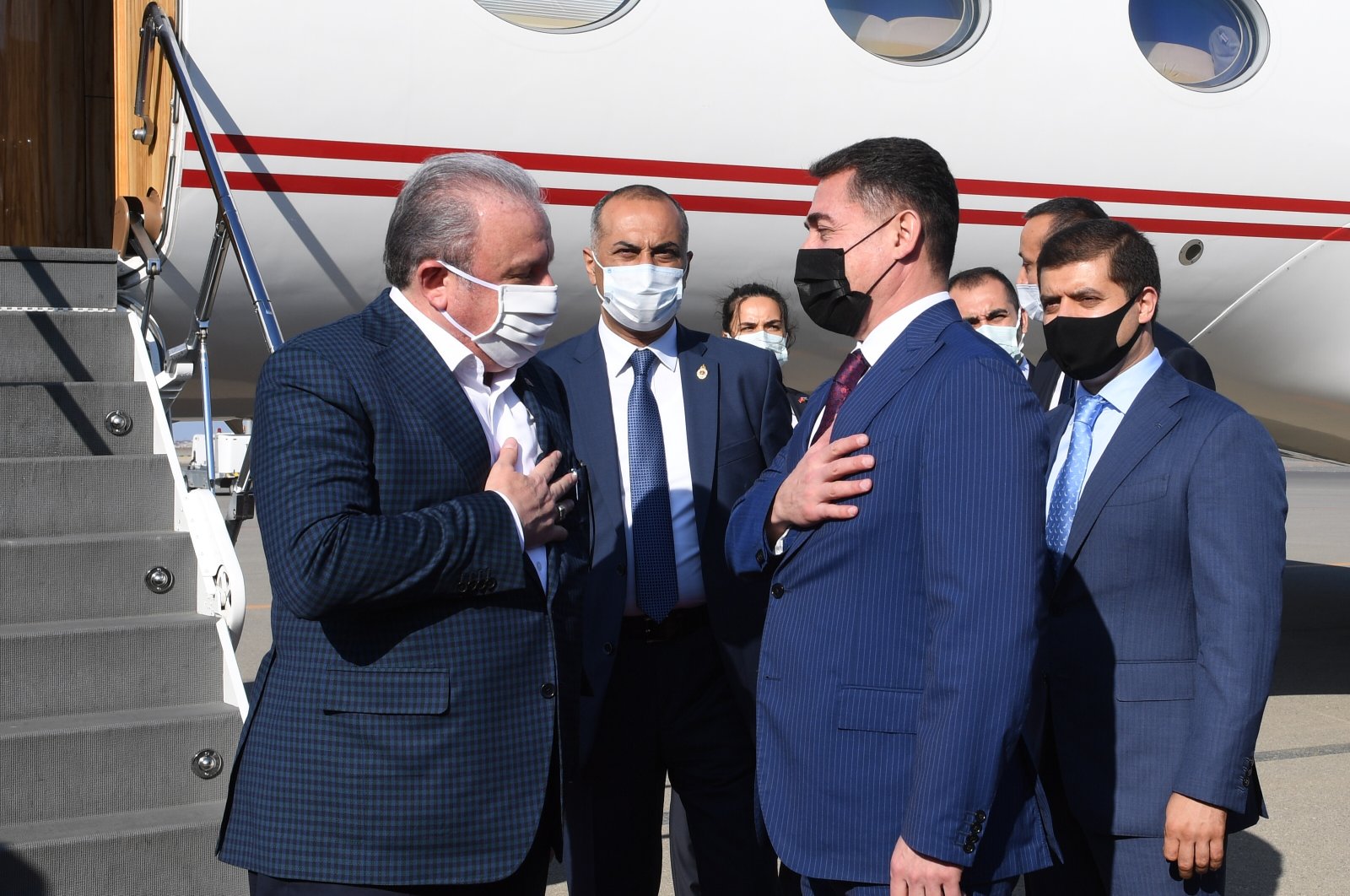 On Sunday Turkey’s Parliament Speaker Mustafa Şentop along with a delegation of deputies visited Azerbaijan to hold official talks and participate in the nation’s independence day events amid a new cease-fire with neighboring Armenia.

“We came with a strong, broad committee from the Turkish Grand National Assembly (TBMM). We have friends from various parties with us,” Şentop stated upon his arrival.

“We have always stated that we support and are side-by-side with Azerbaijan in its just case while our relationship is a unique one in line with our ‘one nation, two states’ policy. However, now we will reiterate this message once more in Baku. Turkey’s 83 million people and our Parliament pray for the Azerbaijani flag to fly on these lands forever and are with Azerbaijan,” he added.

Şentop and his delegation will also visit the Heydar Aliyev mausoleum and the Baku Turkish Martyrs’ Memorial and hold delegation meetings.

The Turkish Parliament speaker will give a speech at the Azerbaijani parliament’s special session and meet with Prime Minister Ali Asadov on Sunday and Foreign Minister Jeyhun Bayramov on Monday.

Both Azerbaijani and Armenian governments have agreed to a fresh cease-fire starting midnight Sunday.

Earlier Saturday, at least 13 civilians were killed, including four women and three minors, while nearly 50 others were injured when Armenian missiles once again struck the country’s second-largest city, Ganja.