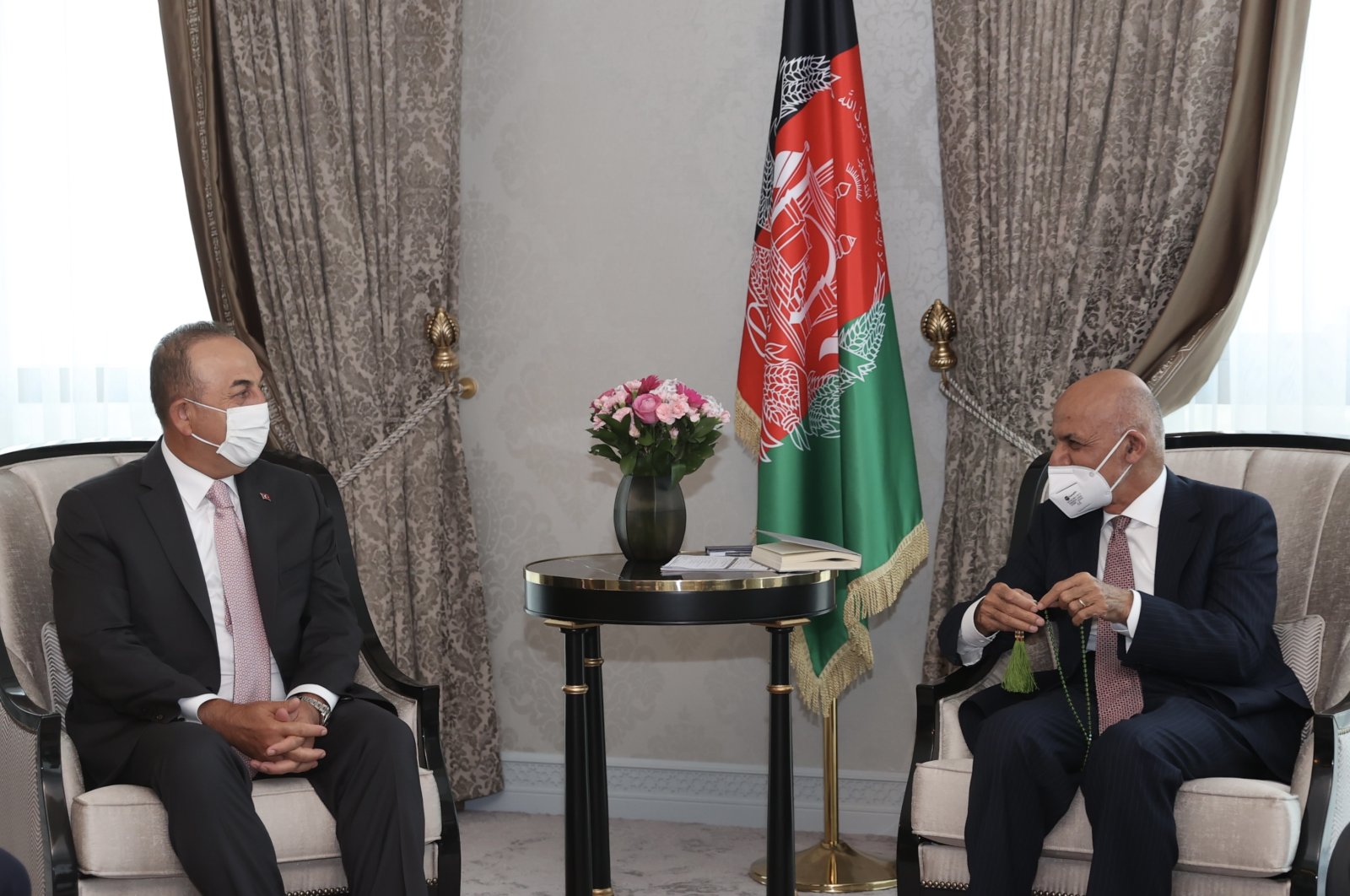 Çavuşoğlu met the Afghan President Ashraf Ghani as well as his counterpart Mohammad Haneef Atmar in the Uzbek capital of Tashkent.

Çavuşoğlu stated that he discussed efforts for lasting peace in Afghanistan.

Far ahead of Washington's initial pledge of a complete troop departure by Sept. 11, which was recently modified by U.S. President Joe Biden to Aug. 31, the Americans vacated Bagram Airfield, the biggest military base in the war-ravaged country, and handed it to Afghan National Army earlier this month.

The Taliban recently claimed to have taken control of more than 85% of Afghanistan, with government forces surrounding and abandoning outposts.

The Afghan Defense Ministry, however, has rejected the Taliban's claims, asserting that hundreds of insurgents were killed in retaking the fallen districts.

The Taliban ruled Afghanistan until ousted by a U.S.-led coalition after Sept. 11, 2001, terrorist attacks in America. In recent weeks Taliban fighters have overrun several districts in southern and northern Afghanistan, convincing government security forces to surrender and seizing their weapons and military vehicles.