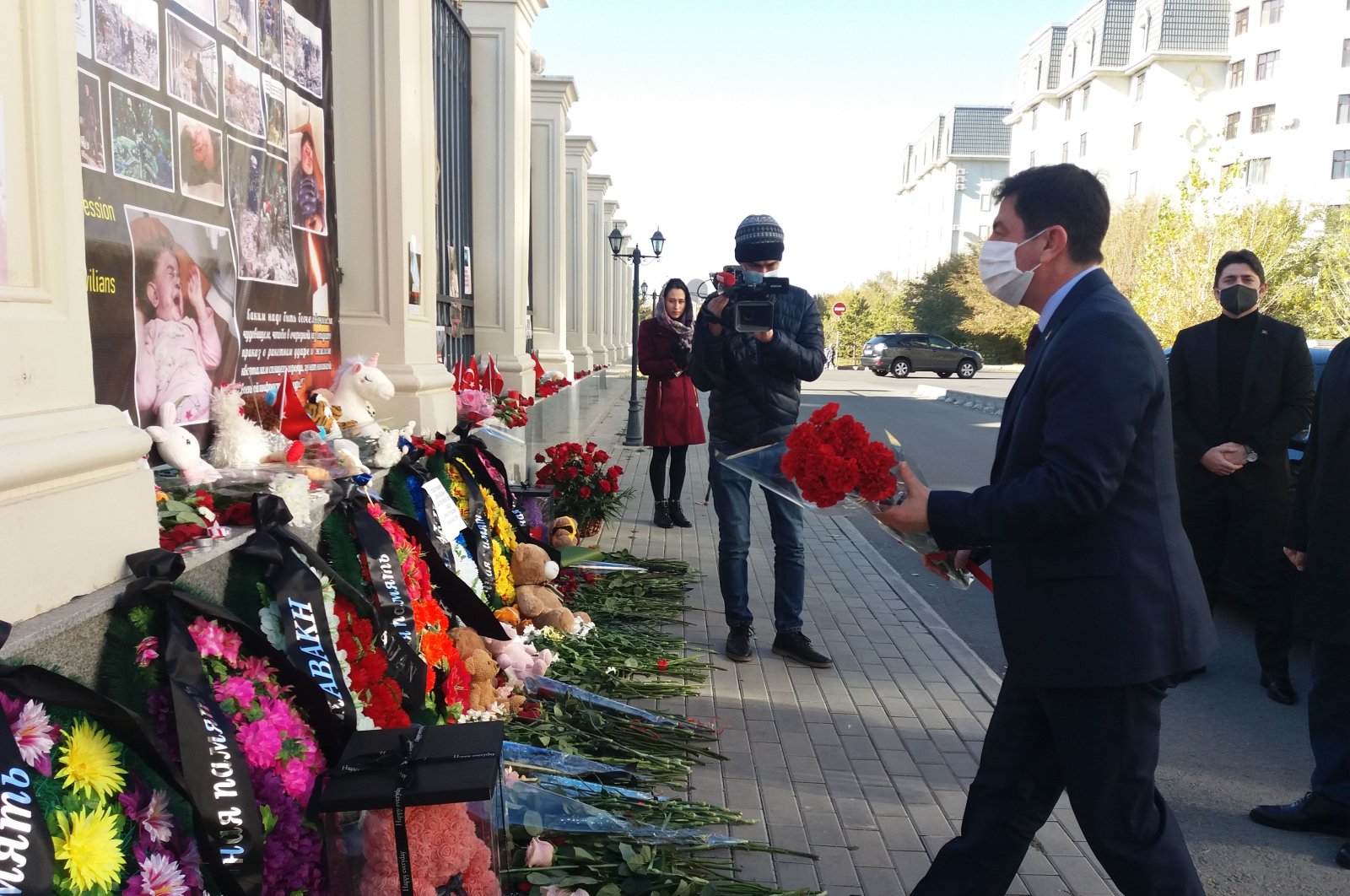 Turkey's envoy to Nur Sultan, Ufuk Ekici, visits the Azerbaijani Embassy to offer condolences for those who lost their lives in an Armenian attack in Azerbaijan's Ganja province, Oct. 20, 2020 (AA Photo)
by DAILY SABAH
Oct 20, 2020 1:24 pm

Turkey’s ambassador to Nur Sultan, Ufuk Ekici, on Tuesday stated that Turkic nations’ support of Azerbaijan is of high importance.

"It is very important for the Turkic world to support Azerbaijan in the Nagorno-Karabakh conflict," Ekici said after visiting Baku’s Embassy in Nur Sultan.

Welcomed by Ambassador Rashad Mamedov, Ekici made a statement to journalists after expressing his condolences to Mamedov. Ekici stated that as of yesterday, many people, including Kazakhs, Turks and Azerbaijanis, came to the Azerbaijani Embassy and showed solidarity.

Emphasizing that Turkey always stood by Azerbaijan, Ekici underlined that Ankara will always be against illegal occupation and inhuman attacks and wished the whole world would stand by Azerbaijan in this way.

Mamedov also emphasized that Turkey and its people have been on Azerbaijan's side in clearing their territory since the first day of the war.

“There is no such friendship among world countries. This is an example to the world. This friendship brings only power for two peoples, justifies our way and gives moral support," he said.