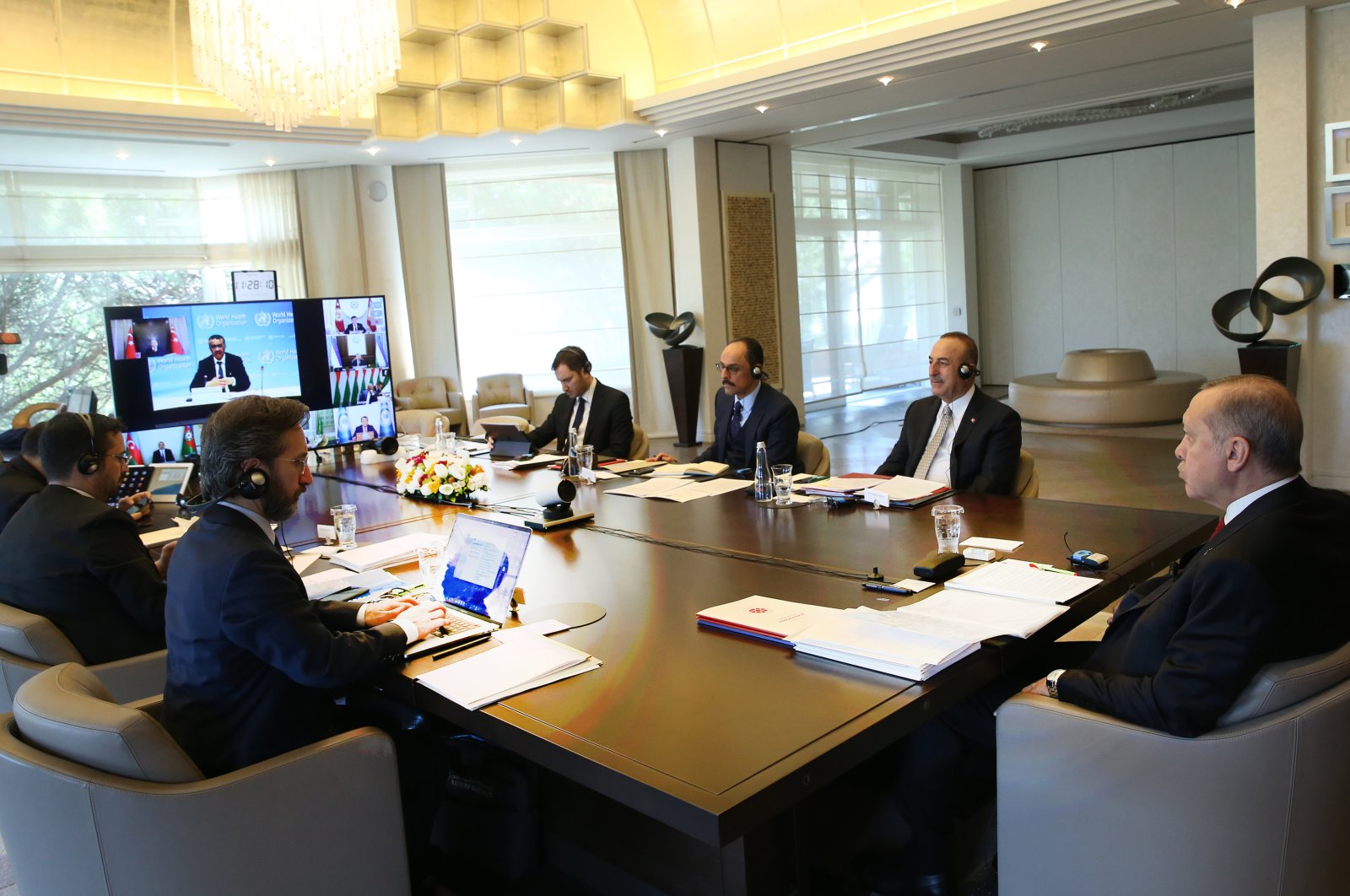 The Turkic Council has pledged to cooperate against the coronavirus pandemic, after a teleconference meeting between leaders of the Turkic countries was held Friday.

In his speech, President Recep Tayyip Erdoğan called on leaders of the Turkic world to cooperate and to put into place the most practical solutions to take concrete steps against the coronavirus.

The president highlighted a number of issues that need to be addressed to ensure that the problems are minimized in the post-coronavirus period.

"We will eventually win the fight against coronavirus, with the permission of Allah, and then we will face the reality of a new world," Erdoğan said.

"Measures against COVID-19 could affect trade badly. For that reason we are working on practical solutions for tariffs and border controls, which will make public health a priority, but will also soften the damage to trade," Erdoğan also mentioned during the meeting.
Stressing the necessity of cooperation, he added: "Turkey is at war with an unseen enemy and the Turkic Council Summit will help strengthen our hand in the fight with COVID-19. We are facing a global socioeconomic crisis along with the pandemic," specifying that: "We are working to carry an extra 3,500 tons of products through the Baku-Tbilisi-Kars (railway) line."

"The continuation of free, open and rule-bound international trade and cargo is vital for the continuity of the supply chain," Erdoğan stated.

Meanwhile, commenting on how the crisis affected the communications sector, Erdoğan said, "I believe our council will also play a role in developing and implementing work on cybersecurity."
Turkey's coronavirus death toll lept to 908, with 96 new fatalities confirmed on Thursday. The total cases, in the meantime, topped 42,282 with 4,056 new cases.

Meanwhile, 122,500 citizens are under quarantine in 180 different locations of Turkey. The number hits 138,000 with those in dormitories, Interior Minister Süleyman Soylu said Thursday.

Worldwide, more than 1.5 million people have been confirmed infected and over 92,000 have died. The true numbers are almost certainly much higher, because of limited testing, different rules for counting the dead and deliberate underreporting by some governments.

For most people, the virus causes mild to moderate symptoms such as fever and cough. But for some, especially older adults and the infirm, it can cause pneumonia. Close to 350,000 people have recovered worldwide.

The diversification of Turkish foreign policy is the main motive behind the Turkic Council. Over the last 20 years, in line with its multidimensional foreign policy, Turkey has been pursuing a more active opening policy toward many regions.