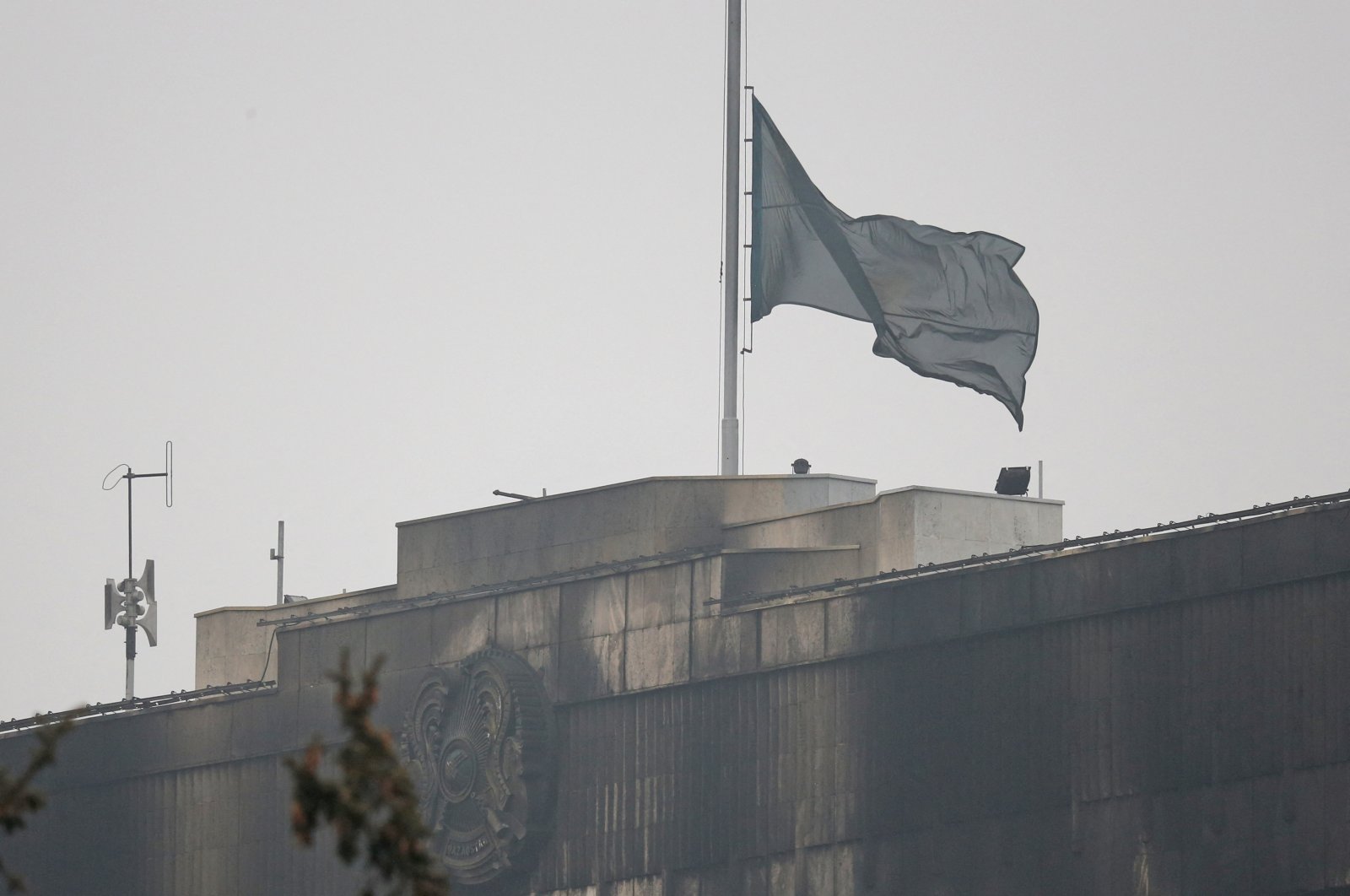 A Kazakh state flag is lowered to half-staff on the roof of the city administration headquarters on the day of mourning for those killed during the mass protests triggered by fuel price increase, in Almaty, Kazakhstan, Jan. 10, 2022. (Reuters Photo)
by Daily Sabah Jan 10, 2022 12:01 pm
RECOMMENDED

The Organization of Turkic States flew their flags at half-staff to commemorate those killed in the recent unrest in Kazakhstan, a statement by the organization said Monday.

Noting that Jan. 10 has been declared a national day of mourning in Kazakhstan, the statement said member and observer states flew their flags at half-staff in solidarity.

“Sharing its continuing solidarity with brotherly people and Leadership of Kazakhstan, OTS conveys its condolences for those who lost their lives during the incidents and wish speedy recovery to the injured and return to normalcy in the country,

The flags were lowered to half staff as a sign of mourning at the Headquarters of the Organization of @Turkic_States for those who lost their lives in the terrorist events took place in #Kazakhstan.

Amid unrest in the Central Asian country, the Foreign Ministers of the Member and Observer States of the Organization will attend the Extraordinary Meeting of the Council of Ministers of OTS on the developments in Kazakhstan upon the call of Turkey, which is currently carrying out the term Presidency of the organization. The meeting will be held via videoconference under the chairmanship on Foreign Minister Mevlüt Çavuşoğlu on Tuesday.

Russian and state media, citing a government social media post, reported that 164 people had been killed. However, health authorities and the police did not confirm that figure, and the original social media post has since been deleted.