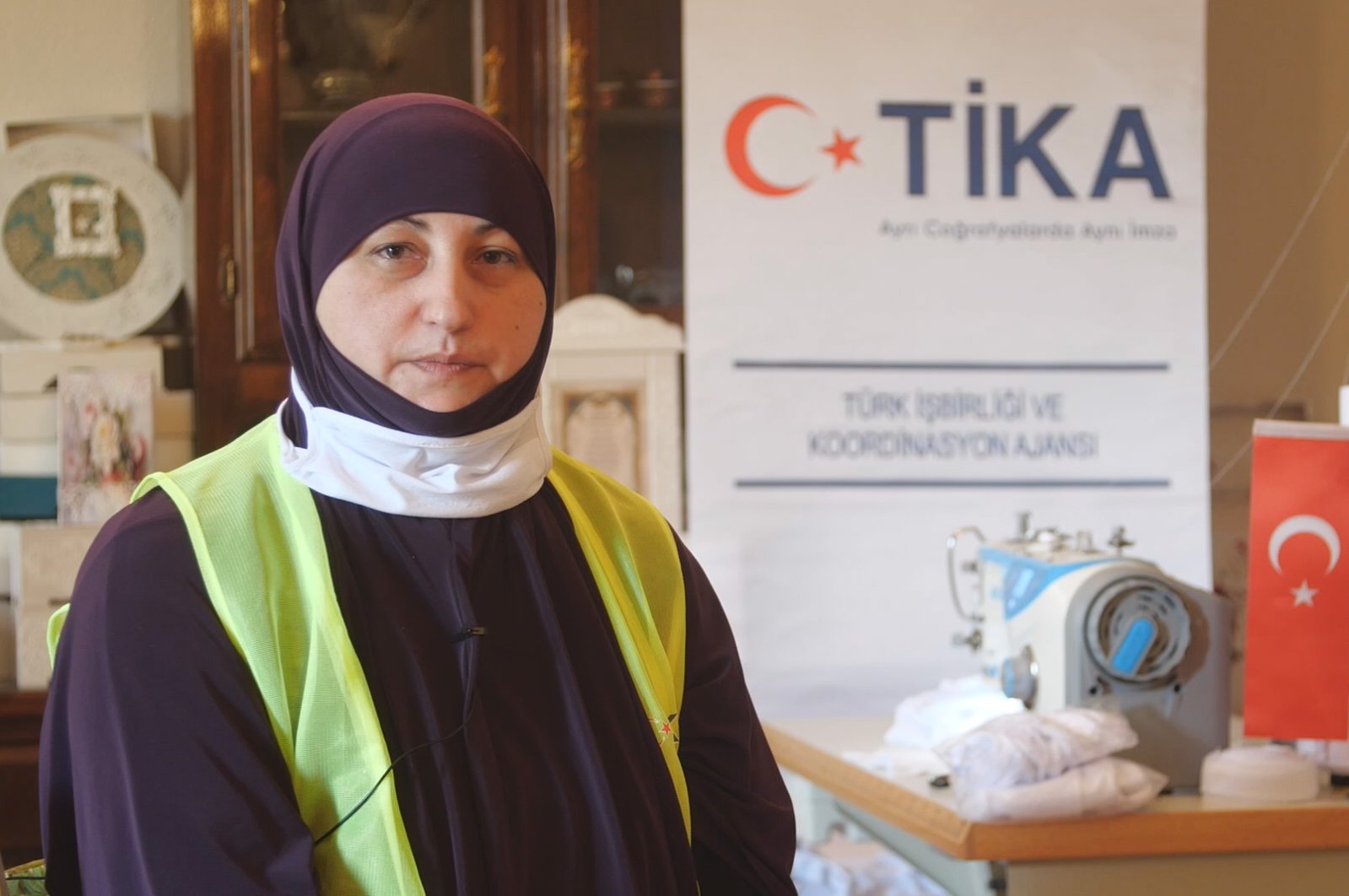 Turkey's state-run aid agency has provided support for the production of masks and disinfectants in Serbia as part of the fight against the coronavirus.

The Turkish Cooperation and Coordination Agency (TİKA) donated sewing machines and necessary materials for the production of masks, soaps and disinfectants as part of the project launched by the Hatice Women's Association in Novi Pazar, the largest city in the Sandzak region of Serbia.

Some 20,000 masks, hundreds of soaps and disinfectants have so far been produced and distributed among the people of the region.

Amila Licina, the president of the association, said they wanted to contribute to the fight against the COVID-19 outbreak.

"We volunteered in the production of masks and disinfectants with contributions of TIKA. We thank the Turkish people and TİKA for their help and support," said Licina.

The Hatice Women's Association was formed in 2018 with an aim to empower women.

Serbia's capital Belgrade was the first destination for the Turkish aircraft coming from Turkey's capital Ankara.

Vulin said in such difficult times not only do friendly people and countries emerge but also the future.

"In the most difficult times like this, we're also building our future policy. Serbia will always remember those who helped it, what happened with it," said Vulin.

Bilgiç said with this assistance, Turkey wanted to show that it stands by Serbia in these difficult times.

After originating in China last December, COVID-19 has spread to at least 185 countries and regions across the world, with its epicenter shifting to Europe.

The pandemic has killed more than 124,500, and infected nearly 2 million, while nearly 470,000 have recovered, according to figures compiled by U.S.-based Johns Hopkins University.