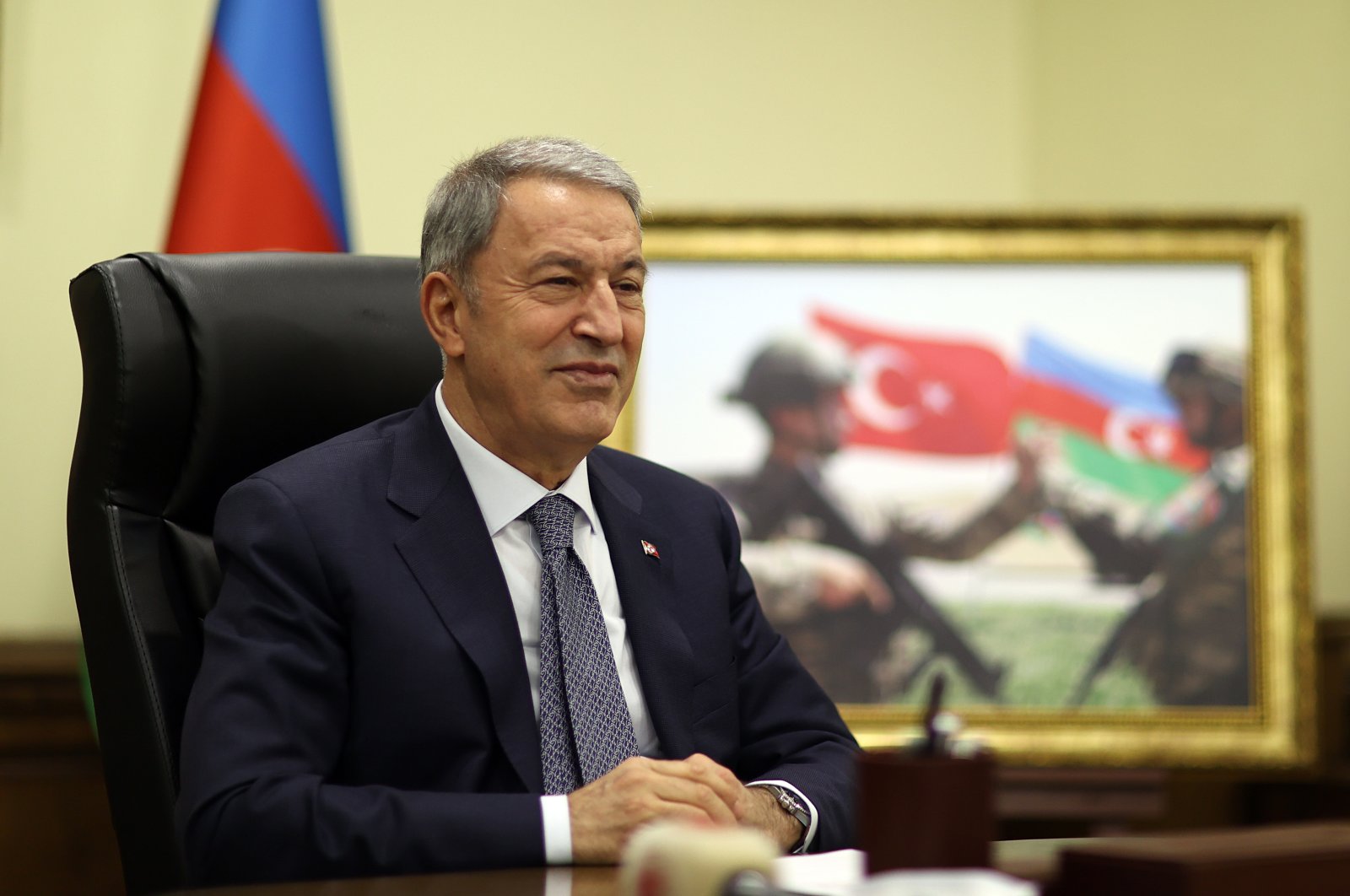 The Turkish National Defense Ministry said in a statement that Akar and Zakir Hasanov held a videoconference.

During the meeting, Akar said the countries draw their strength from a common historical and cultural unity.

"Our brotherhood, unity, and solidarity, strengthened in every field under the principles of one nation, two states, almost became clinched with the liberation of (Nagorno) Karabakh," Akar said.

The injustice and trouble that Azerbaijan has faced for 30 years came to an end, he stressed.

Congratulating Azerbaijan once again for its success during the 44-day-long conflict with Armenia, he said they prepared and started to implement a roadmap "to support the restructuring and modernization of the Azerbaijani army in line with the requirements of the age" and for the armed forces of the countries to further work together in the future.

Underlining the importance of going back to normalization in the liberated territories, he said the region must be cleared of mines and hand-made explosives.

Azerbaijan liberated several cities and nearly 300 settlements and villages from the nearly three-decade-long occupation during the 44-day conflict.

Despite a Nov. 10 deal last year ending the conflict, the Armenian army several times violated the agreement and martyred several Azerbaijani soldiers and a civilian, as well as wounded several others, according to the Azerbaijani Defense Ministry.