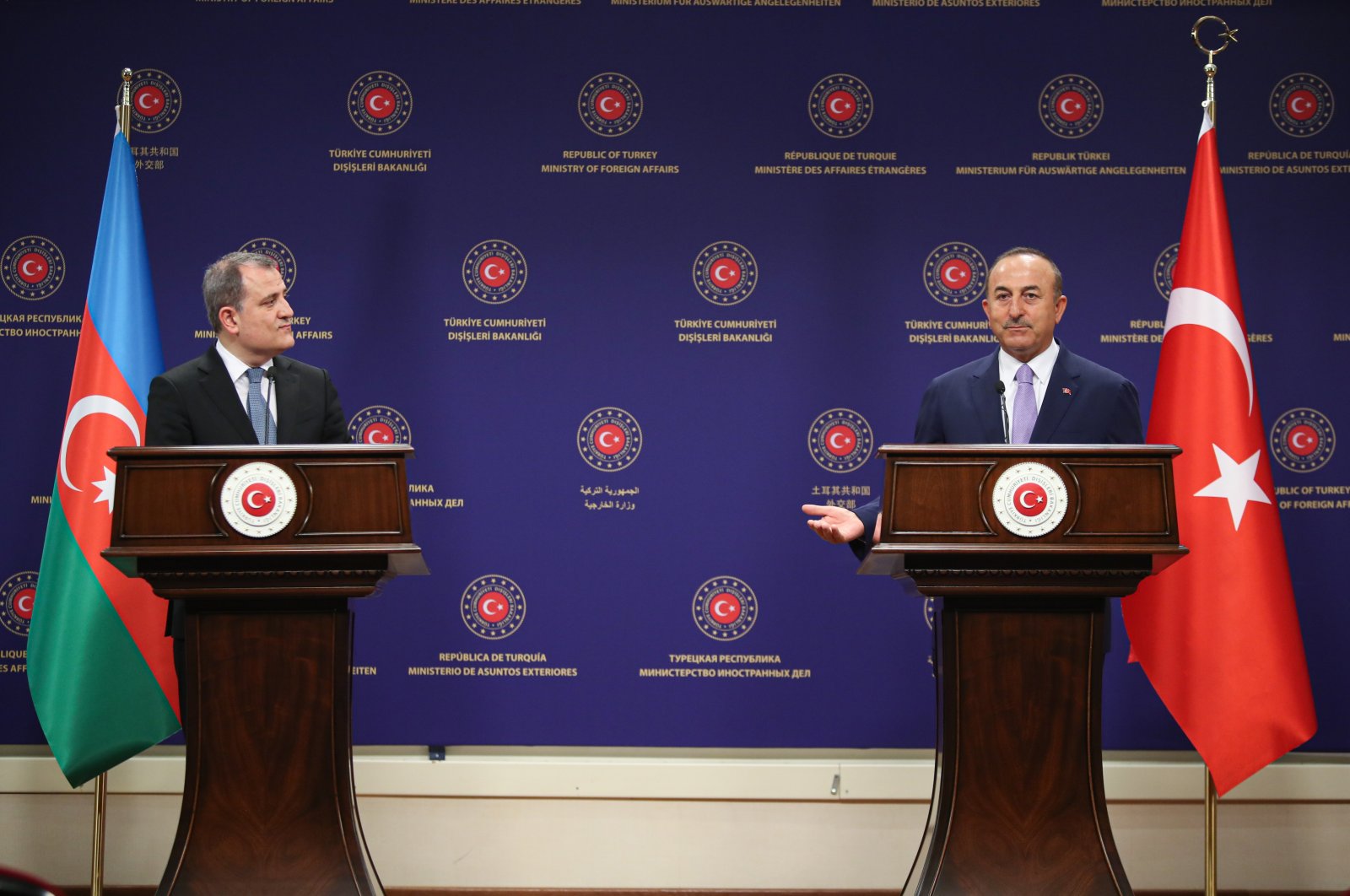 Foreign Minister Mevlüt Çavuşoğlu late Tuesday held a phone call with his Azerbaijani counterpart Jeyhun Bayramov. During the meeting, the two ministers evaluated the latest developments amid the ongoing clashes between Azerbaijan and Armenia over the territorial disputes in the Armenian-occupied Nagorno-Karabakh region.

Twenty percent of Azerbaijan's territory has remained under illegal Armenian occupation for around three decades.

Minsk Group, set up by the Organization for Security and Co-operation in Europe (OSCE) – co-chaired by France, Russia, and the U.S. – was formed in 1992 to find a peaceful solution to the conflict, but to no avail. A cease-fire, however, was agreed to in 1994.