Turkish Bundestag VP urges immigrants to get involved in politics 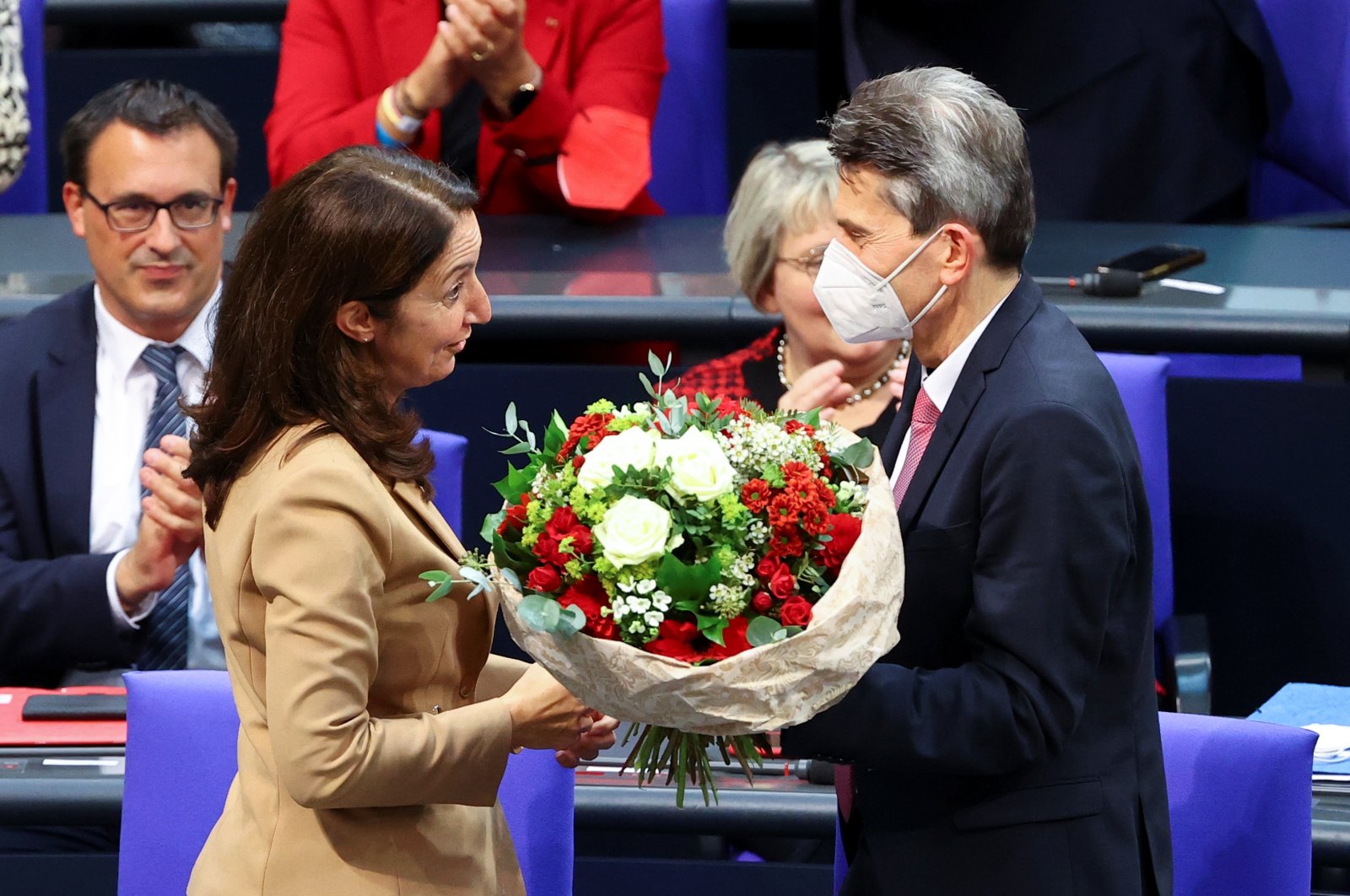 Aydan Özoğuz of the Social Democratic Party (SPD) receives flowers after being elected the Vice President during the inaugural session of the German lower house of Parliament Bundestag in Berlin, Germany, Oct. 26, 2021. (REUTERS/Fabrizio Bensch)
by Anadolu Agency Oct 28, 2021 10:47 am
RECOMMENDED

Germany's young immigrants should get involved in politics to make their voices heard and shape their future, the German parliament's new vice president said.

German-Turkish politician Aydan Özoğuz said her election as the vice president of Bundestag shows that politicians with immigrant backgrounds can also become successful in politics and reach top positions in the country.

"In the past, many immigrants felt like they were treated unfairly. Many of them thought they can never hold important positions, just because they were from immigrant families," she told Anadolu Agency (AA) after the vote in parliament on Tuesday.

Ozoğuz said many young talented immigrants did not take part in political life due to their mistrust, but stressed it was wrong.

"I have been telling young people that if they step up, if they work towards their goals, they will be successful in getting the positions they deserve. I believe that with this election result, we were able to show this again," she said.

The 54-year-old politician has become the first ethnic Turkish politician to hold such a key position in national politics.

Özoğuz said she is proud of being elected to such an important position, and expressed hope that this will further help strengthen immigrant participation and diversity in democratic politics.

The Social Democrat politician successfully garnered support from across the political spectrum in the Bundestag: her candidacy was backed by the environmentalist Greens, the pro-business Free Democrats and the conservative Christian Democrats.

However, the lawmakers of the far-right Alternative for Germany (AfD) opposed her.

Özoğuz said she is aware of the AfD's stance against her, but expressed hope that they will change their attitude in the coming days.

"It is clear that AfD lawmakers did not vote for me. But after the elections, the AfD's parliamentary group chief Bernd Baumann congratulated me for being elected," she said.

Özoğuz has been a federal lawmaker since 2009, and is widely seen as one of the most experienced politicians in her party.

In 2013, she became the first Turkish and Muslim politician serving as a minister in the federal government. Until 2018, she was the state minister for immigration, refugees and integration.

Germany's 3-million-strong Turkish community is one of the largest ethnic groups in the country, but has long been underrepresented in political life and in the Bundestag.

In the country's national elections last month, 18 politicians with Turkish roots were elected to the 735-seat Bundestag, raising hopes for enhancing immigrant democratic participation in Germany.