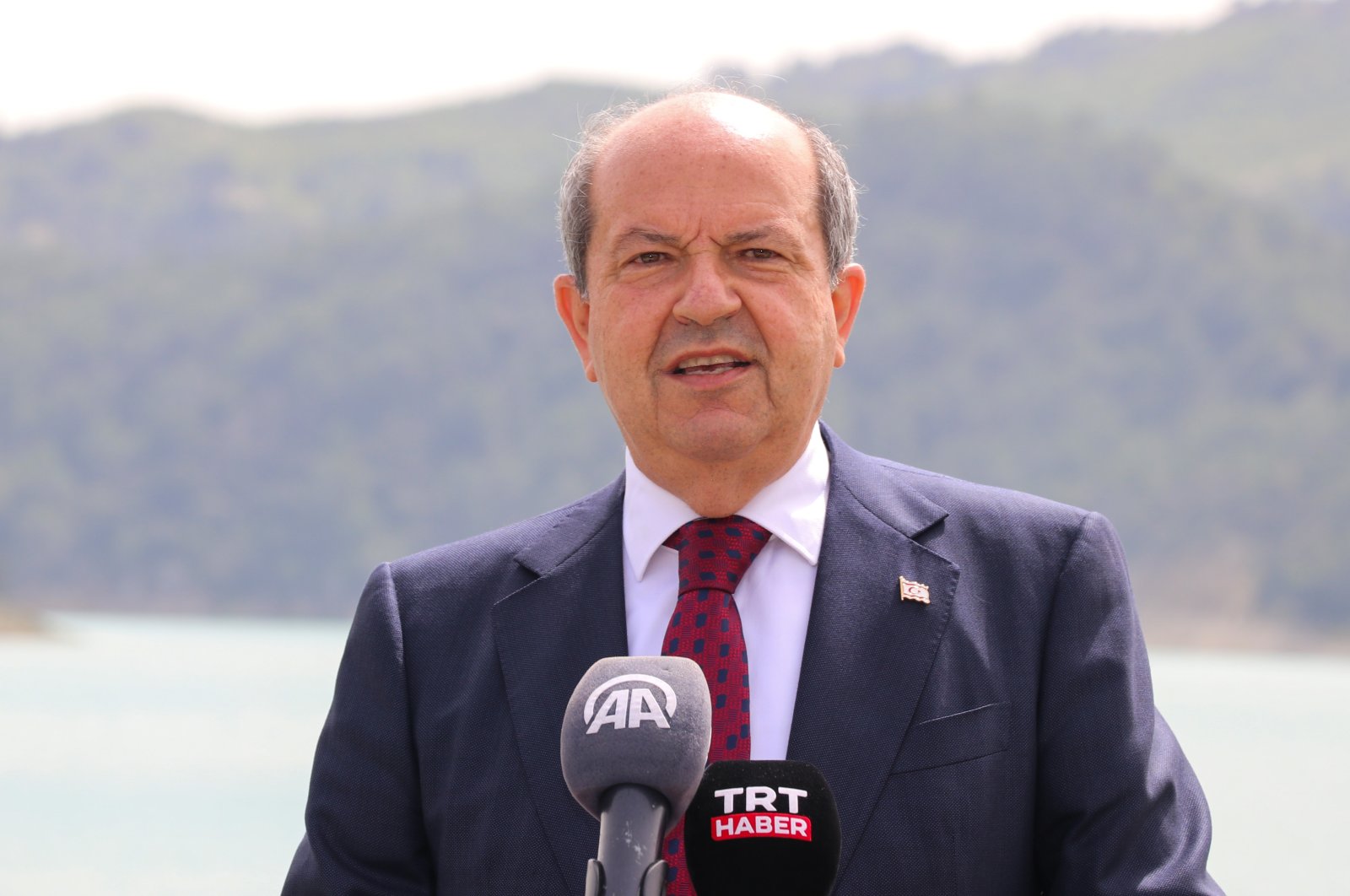 Turkish Republic of Northern Cyprus (TRNC) President Ersin Tatar on Saturday marked the pain and suffering caused by a Greek Cypriot terror organization, the National Organisation of Cypriot Fighters (EOKA), and condemned the recent positive remarks by the Greek Cyprus administration about the group.

In a written statement issued on the anniversary of EOKA's armed attacks against the Turkish Cypriot people, Tatar said that on April 1, 1955, the terrorist group launched its offensive to annex the island of Cyprus to Greece, in a blood bath that marked the beginning of decades of pain and suffering.

He also maintained that following the 1960 establishment of the Republic of Cyprus, in which Turkish Cypriots were equal founding members, EOKA set out to implement the Akritas Plan, a covert plan to annihilate the Turkish presence on Cyprus.

"In December 1963, EOKA launched the ‘Bloody Christmas' attacks in line with its plan to wipe out all Turkish presence from the island and to unite Cyprus with Greece. Again, hundreds of Turkish Cypriot villages were attacked between 1963 and 1974, and thousands of our people were displaced and forced to flee their homes," the statement read.

Tatar asked Anastasiades to stop embracing the EOKA and distorting the history of its attacks on the TMT, which fought to protect Turkish Cypriots' lives in the face of systematic terrorist attacks.

Turkey's Foreign Ministry on Friday strongly condemned the Greek Cypriot administration for celebrating the 65th anniversary of the far-right terrorist group, which was responsible for carrying out a massacre against Turkish Cypriots.

Noting that Turkey and the Turkish Cypriots consider EOKA a terrorist organization, the ministry said it has caused irreversible damage to the latter.

The ministry continued by saying that the Greek Cypriot administration by commemorating the terrorist group's foundation and issuing stamps clearly proves that the administration considers Turkish Cypriots to be a minority on the island, ignoring their existence.

While the Turkish Cypriots were discriminated against and alienated by the Greek Cypriots in state institutions, systematic and comprehensive attacks began on Dec. 21, 1963, when a bloody incident, later coined "Bloody Christmas," took place.

On Nov. 15, 1983, the Turkish Federated State of Cyprus held an extraordinary session and the members of parliament unanimously approved the establishment of the TRNC.