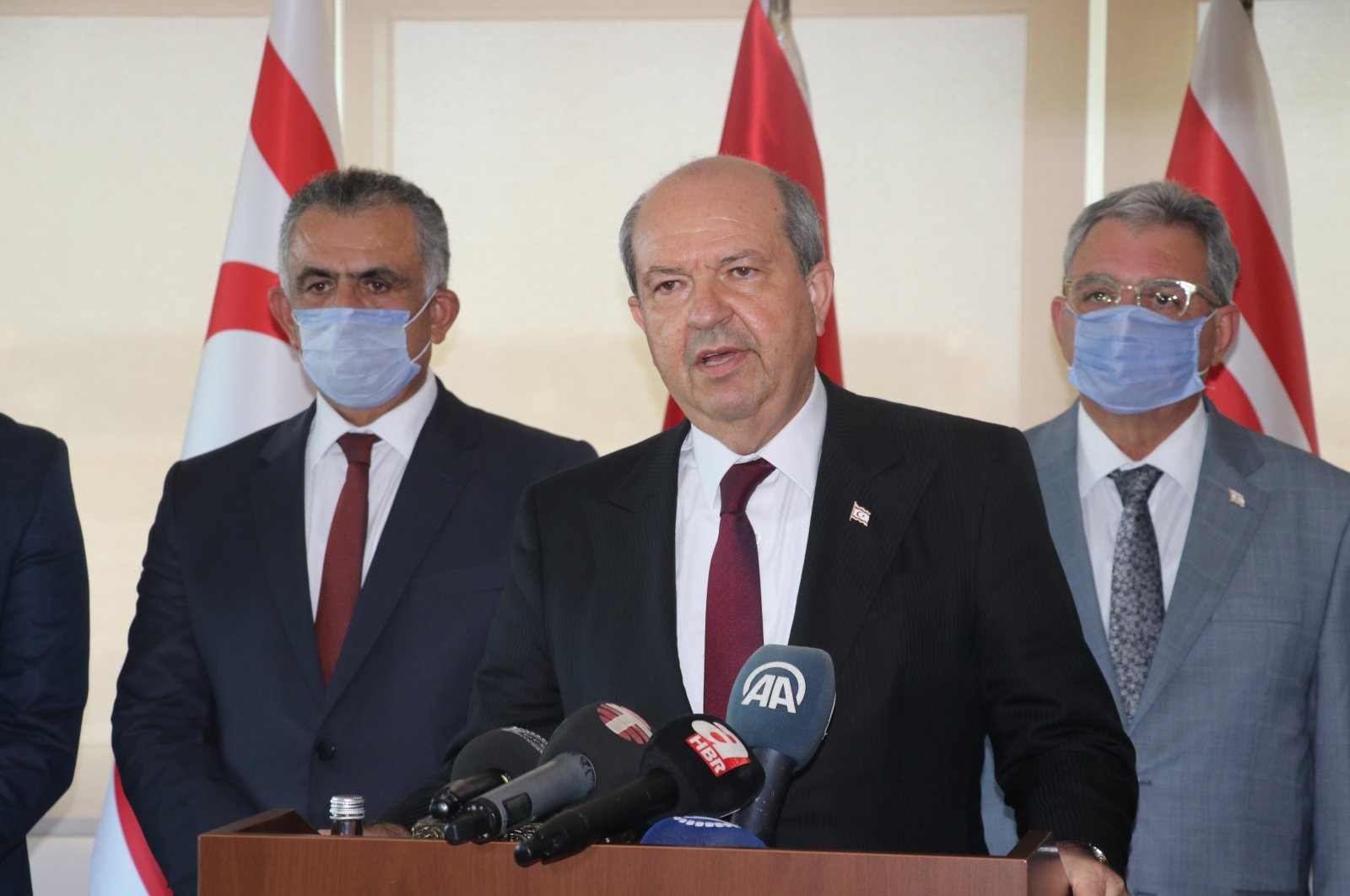 The prime minister of the Turkish Republic of Northern Cyprus (TRNC) Ersin Tatar has blasted the upcoming joint military drill being conducted by Greece, France and Italy in the Mediterranean as “against the international law.”

“This drill is wrong, and it is against international law. Where is Italy, where is France geographically? How can they come here and attend a drill and claim rights?” he asked.

The drill is scheduled to begin on Wednesday and continue until Friday.

Tatar said that it is impossible to ignore that Turkey had 1,800 kilometers of shoreline along the Mediterranean, while the TRNC also has jurisdiction.

The premier added that Cypriot Turks and Greeks have equal rights on the divided island and that the Greeks could not move without the Turks’ approval.

“Cyprus has three guarantor states: Turkey, the United Kingdom and Greece. The Greek Cypriot administration has no right to strike deals with other countries. Other than these three guarantor states, no country can even come here. What kind of a drill is this? What are they trying to prove?” Tatar asked.

“Are they going to test if they would be able to defeat Turkey in a war?”

The prime minister also said that Turkish Cypriots would always support peace and stability in the region and that they would continue their struggle in alliance with Turkey.

'The Mediterranean is Turkish'

Noting that the distance between the island of Cyprus and Turkey is only 40 miles and that Turkish mountains can be seen from the island, he said, "The Mediterranean is our home.”

“Turkey has significant rights here, as do the Turkish Cypriots,” he said.

Tatar added that the schemes by the Greek Cypriot administration and Athens would make no difference, as Turkey and the TRNC will nonetheless have a say in the region.

The premier also said that the European Union’s unilateral decision in 2004 to allow the southern part of the island to join the bloc without a deal between Turkish and Greek Cypriots was also against international law.

'Some EU countries in cooperation to weaken Turkey'

“Some EU countries are in cooperation to weaken Turkey when it comes to sharing resources in the Eastern Mediterranean. Greek Cypriots and Greece have taken steps to this end, too. Those acts are insincere and against the law, all precedents, justice and good conscience,” Tatar underlined.

“Granting all interests in the region to Greek Cypriots in the name of the ‘Republic of Cyprus’ means locking Turks in Anatolia and depriving Turkish Cypriots of their rights,” he said, adding that the Greek Cypriot administration and Greece are trying to sideline Turks.

'Gas discovery in the Black Sea a morale boost'

Tatar also said that Turkey’s recent discovery of 320 billion cubic meters (bcm) of gas in the Black Sea had been a morale boost for the Turks.

“This has been the first success of our nation in its bid to form a strategic energy hub,” he said, concluding that he has no doubts similar resources would be discovered by Turkey in the Mediterranean too.