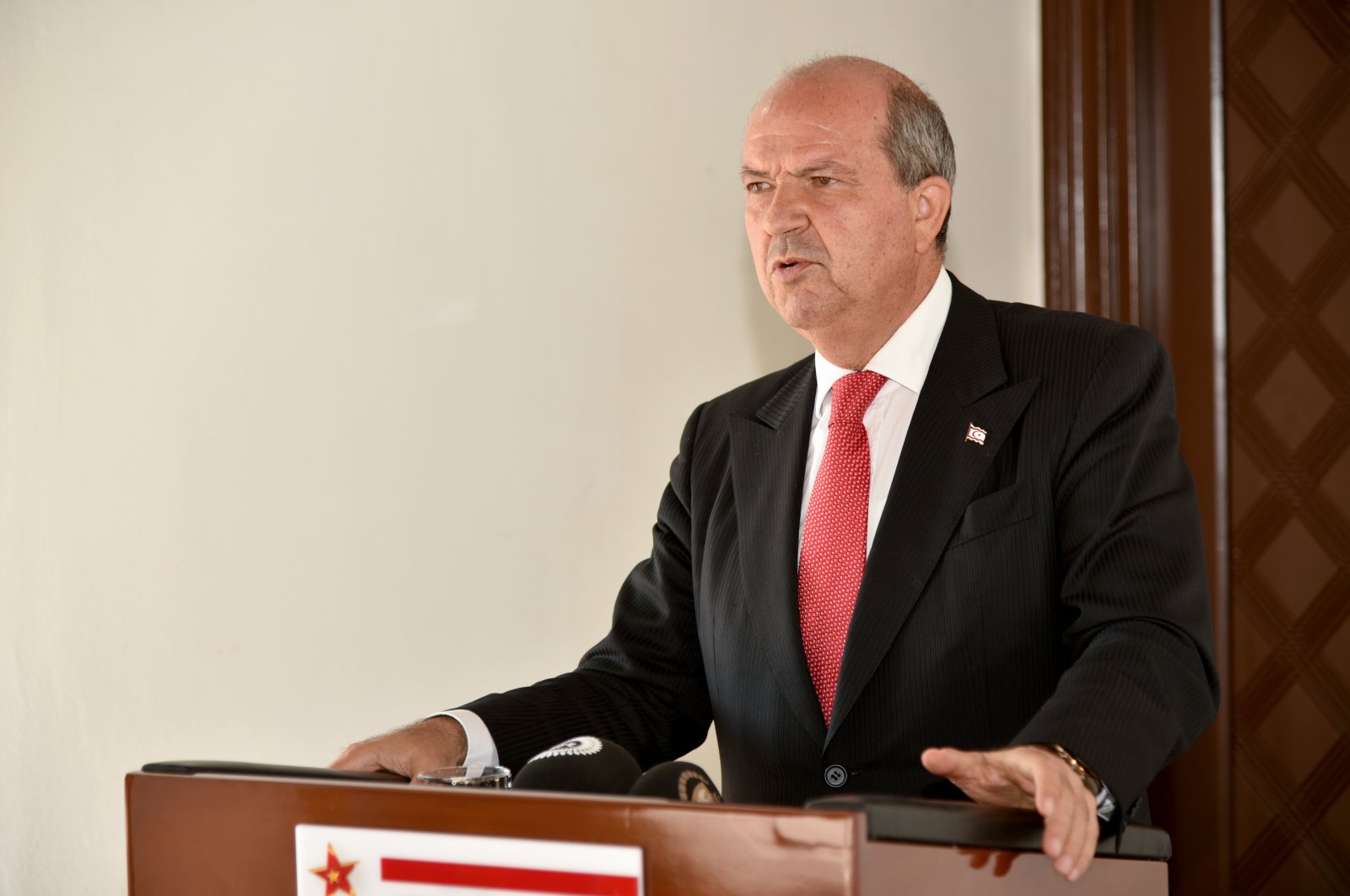 TRNC President Tatar speaks to reporters in a news conference after meeting the U.N. peacekeeping envoy in Lefkoşa, TRNC, Sept. 13, 2021. (AA Photo)
by DAILY SABAH WITH AA Sep 14, 2021 8:20 am
RECOMMENDED

Turkish Republic of Northern Cyprus (TRNC) President Ersin Tatar bid farewell to the outgoing head of the United Nations peacekeeping force on the island of Cyprus.

Canadian diplomat Elizabeth Spehar paid a farewell visit to Tatar in Lefkoşa, the Turkish Cypriot capital. Spehar will leave her post at the end of September, after serving as the force's head since June 2016.

Tatar thanked Spehar for her contributions toward reconciliation on the island and her support for the work of the bilateral technical committees.

Tatar told reporters that during the meeting he again laid out the position of the Turkish Cypriot side on the Cyprus issue, namely that any solution must be based on two sovereign, equal nations on the island.

Tatar noted that next week he would travel to New York to hold various talks, including with U.N. Secretary-General Antonio Guterres, as part of the U.N. General Assembly meetings.

"I told Spehar that there is no change, and there will be none, in the position of the Turkish Cypriot side. Considering the realities of Cyprus, what we seek from the international community and the U.N. is the acceptance of an agreement on the basis of equality," Tatar said.

Spehar, for her part, thanked Tatar and his team for their cooperation during her tenure.

Spehar expressed hope that Tatar's meeting with Guterres would yield a positive result.

The 76th session of the General Assembly will open on Sept. 14, and the first day of the high-level General Debate will be Sept. 21.