Turkish Cyprus might hold talks with Greek side, UN in September 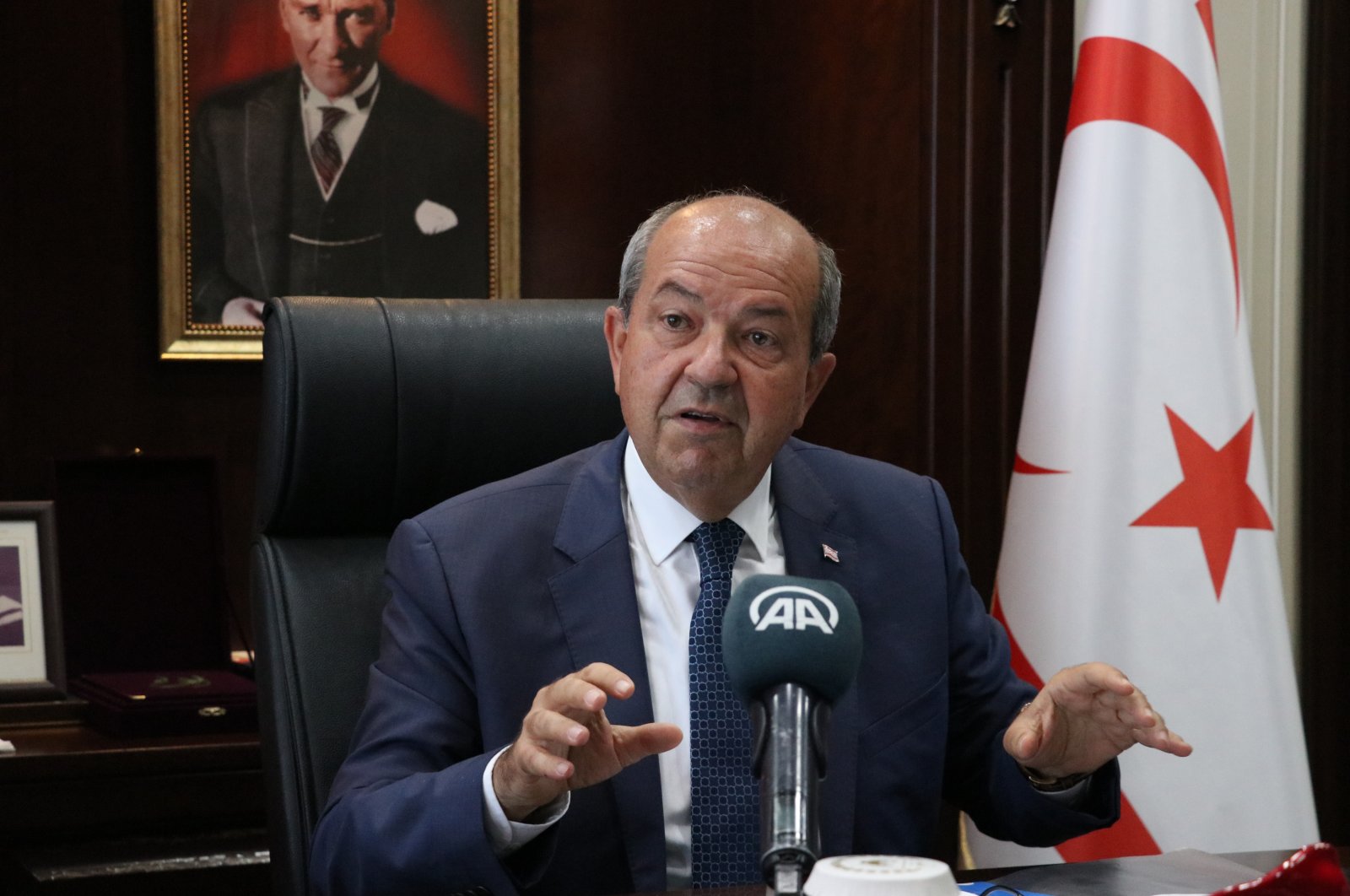 The Turkish Republic of Northern Cyprus (TRNC) may hold talks with U.N. officials as well as the Greek Cypriot administration in September in New York, TRNC President Ersin Tatar said on Wednesday, reiterating that a solution based on two equal sovereign states is needed.

Speaking to Anadolu Agency (AA), Tatar said: “If this will be an official, comprehensive negotiation, then our sovereign equality must be accepted.”

Tatar highlighted that the federation solution defended by the Greek side aims for a continuation of the “Republic of Cyprus” and the removal of the TRNC.

Tatar underlined that it is not possible to remove two separate states that have been living side by side for 60 years and form a new partnership through an imposed solution.

On the Greek side's recent decision to revoke the passports of some Turkish Cypriot politicians, Tatar said that most politicians do not use the passport of the “Republic of Cyprus” and do not need them.

He elaborated that most TRNC citizens get the passport to travel easily, get visas and the right for scholarships and that it is an obligation rather then voluntary choice.

The Greek Cypriot administration Monday said that it would revoke the passports of officials of the TRNC. The decision came as relations between the two communities on the island hit a new low recently as the Turkish side insists on fresh diplomatic talks based on the recognition of two equal sovereign states on the island. Meanwhile, the Greek side pushes international actors to ignore the sovereign rights of the Turkish side.

A number of Turkish Cypriot officials, including Tatar, are known to hold or have held passports from Greek Cyprus, even though they administer the Turkish Cypriot state.

Turkish Cypriot authorities in July announced a partial reopening of the beach suburb of Varosha for potential resettlement, but the move provoked a strong rebuke from the Greek Cypriot administration who regard it as a land grab.

The area has been a Turkish military zone with no settlement permitted for decades.

“I was born in 1960, I could not have another passport when the Republic of Cyprus was established in 1960. I have not used that passport in years and do not even know where it is.”

He criticized the Greek Cypriot administration for individualizing a political issue.

Tatar called on Turkey to understand the developments in Cyprus well.

“Our sole guarantee is Turkey’s support here, the fact that the Turkish Armed Forces continue their presence here just as after 1974 and the continuation of Turkey’s active and de facto guarantorship,” Tatar said.