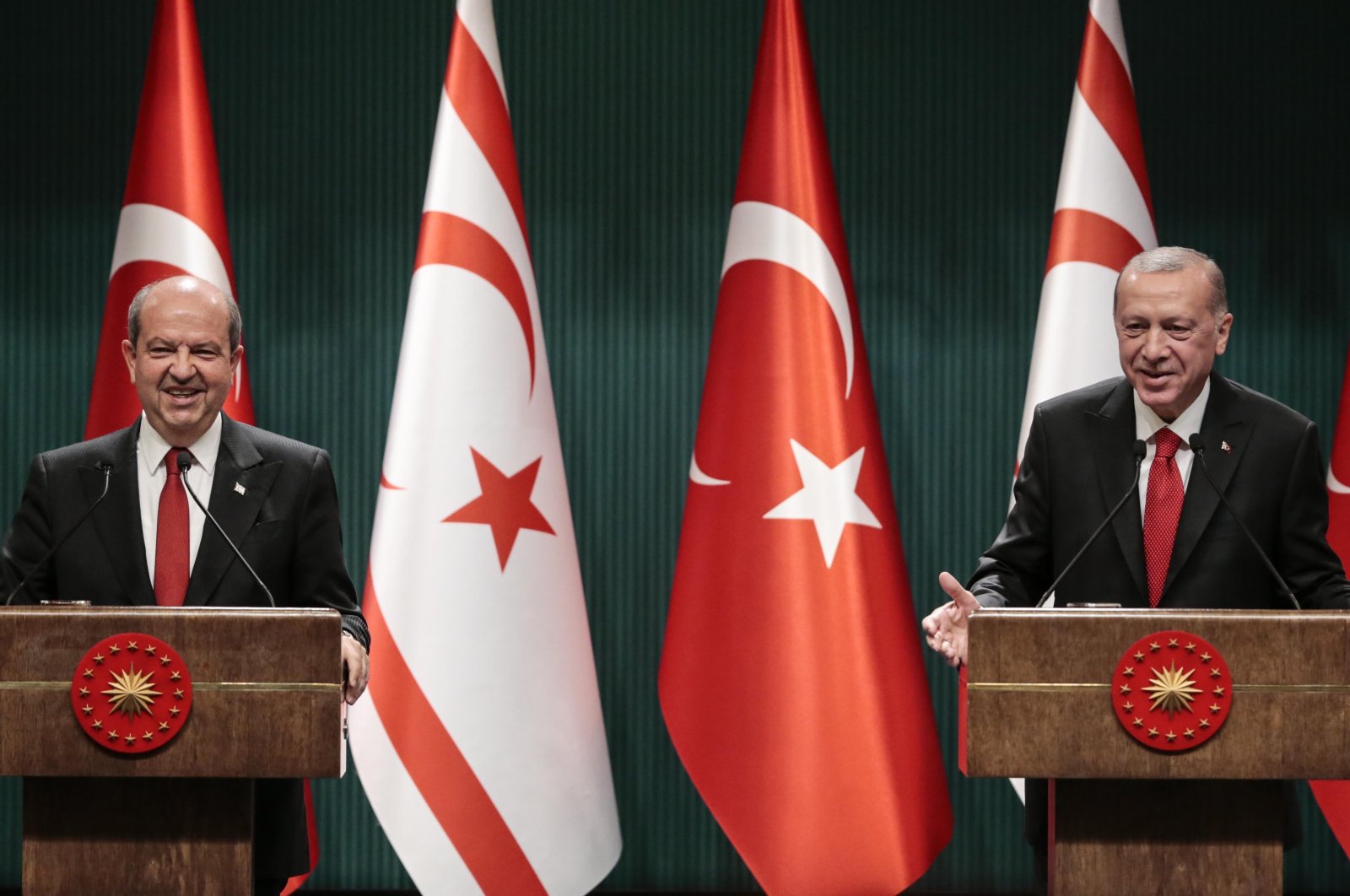 Turkish Cypriots demand fair and sustainable solutions to the Cyprus crisis, President Recep Tayyip Erdoğan said on Monday adding that the Turkish side's efforts alone are not enough for a solution to be reached.

Speaking during a joint press conference with the Turkish Republic of Northern Cyprus' (TRNC) President Ersin Tatar, Erdoğan said it is clear that Greek Cypriots do not want to share the island with the Turks.

We need to leave the old parameters of the issue behind, since they have been failing constantly, he added.

Erdoğan also said a two-state solution should be discussed for the Cyprus crisis and any initiative that excludes Turkey or the TRNC in East Med is doomed to fail, adding that Greece and Greek Cypriots are the ones who are responsible for the tension in the region.

The island of Cyprus has been divided into a Turkish Cypriot government in the north and a Greek Cypriot administration in the south since a 1974 military coup aimed at Cyprus' annexation by Greece. Turkey's military intervention stopped the persecution and violence against Turkish Cypriots by ultra-nationalist Greek Cypriots that spanned for years.

For his part, Tatar said the quintet meeting suggested by Turkey is the only remaining opportunity for peace in Cyprus. He added that the proposal to convene a conference to discuss the latest developments in the Eastern Mediterranean is “realist and constructive.”

“We don’t have an eye on anybody's rights, but we also can’t accept the violation of our rights,” Tatar said.

Over the decades, there have been several attempts to resolve the Cyprus dispute, all amounting to nothing. The latest attempt held with the participation of each of the island's guarantor countries came to an end with no signs of progress in Switzerland in 2017. The U.N. is expected to convene a meeting between the two sides, Turkey, Greece – the key ally of the Greek Cypriot administration – as well as former colonial ruler Britain.