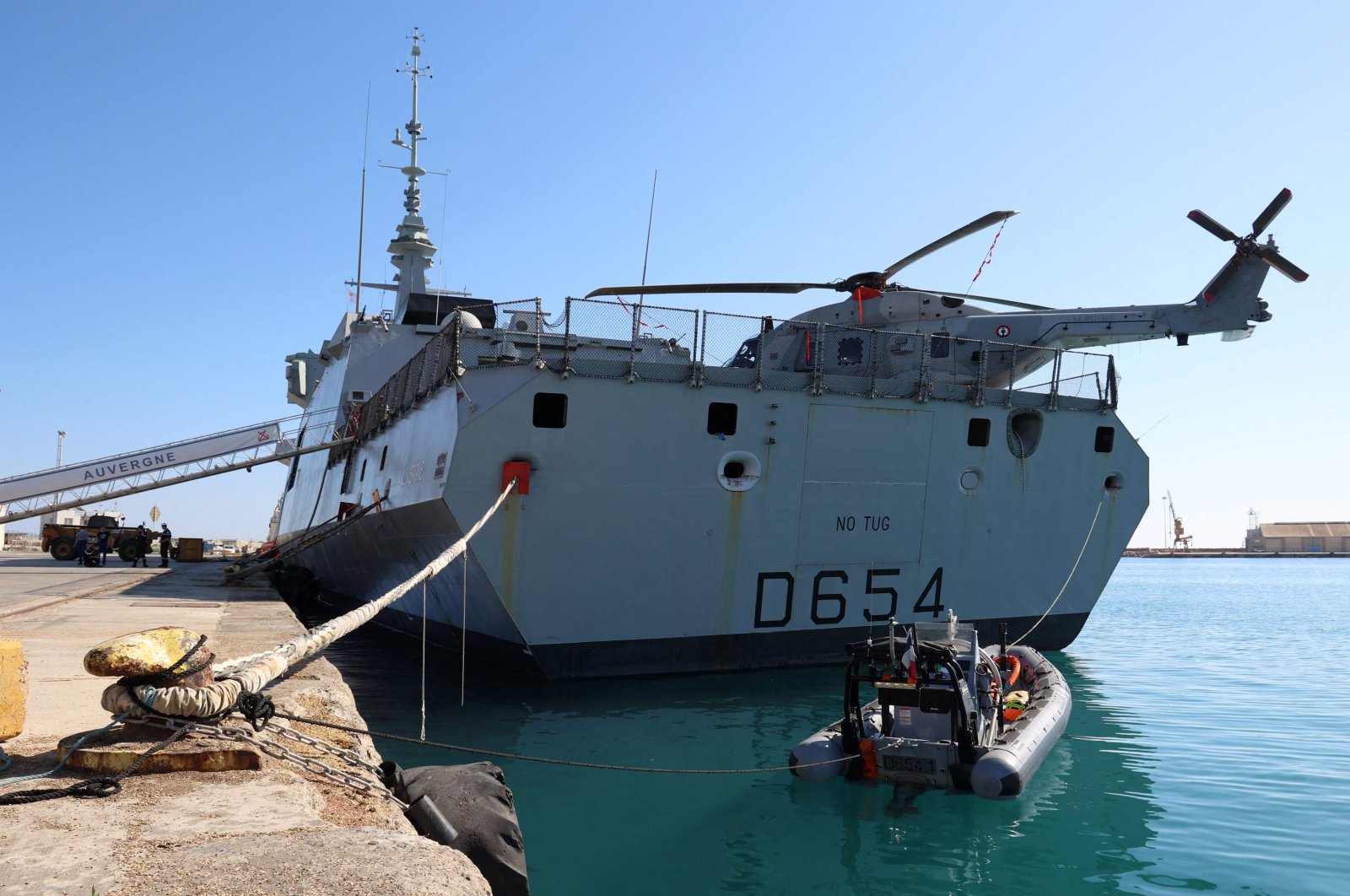 The French multi-mission frigate Auvergne with an NH90 Caiman military helicopter onboard is anchored at the port of the Cypriot coastal city of Larnaca, Nov. 8, 2021. (AFP Photo)
by DAILY SABAH Nov 12, 2021 4:26 pm
RECOMMENDED

The Foreign Ministry of the Turkish Republic of Northern Cyprus (TRNC) on Friday criticized the arms program started by the Greek Cypriot administration, saying that the move raises tensions on the divided island.

“The Greek Cypriot administration continuing arming itself to threaten our country, pursuing provocative activities, is serving nothing other than raising tensions on the island and region,” the ministry said.

“The mentioned arming activities are threatening the stability and peace atmosphere of our island and the Eastern Mediterranean,” the ministry said, urging countries supporting these acts to stop.

In the statement, which noted that the TRNC made various constructive suggestions and tried to pave the way for dialogue and cooperation in order to find solutions to the problems affecting Cyprus and to implement confidence-building measures, it said, "As long as the Greek Cypriot Administration continues its armament activities, the TRNC and the Republic of Turkey will not refrain from taking the necessary measures. The importance of Turkey's effective and de facto guarantee is understood once again in the face of the Greek Cypriot side's armament activities."