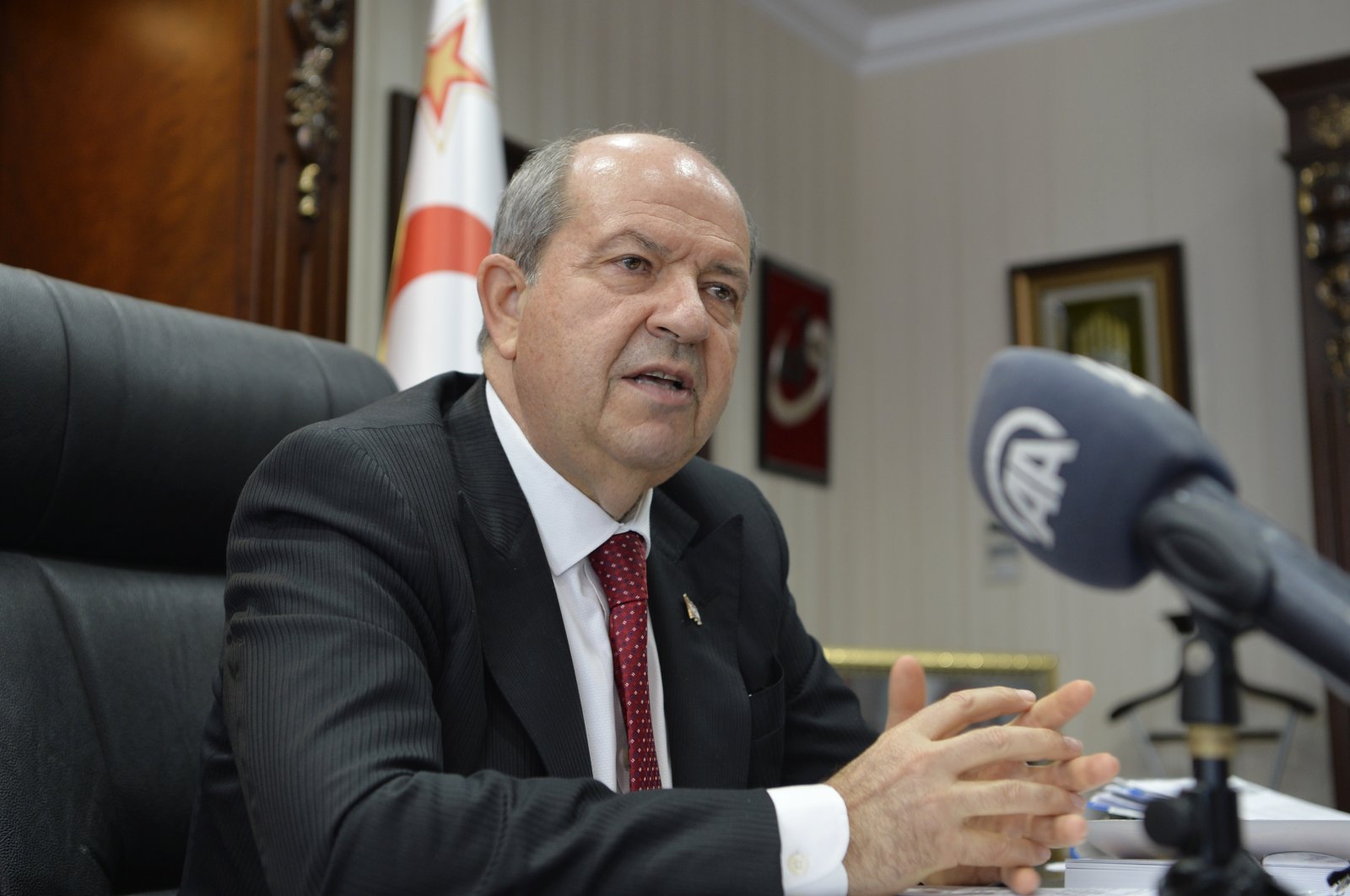 Thanks to Brexit, the United Kingdom could play a crucial role in next week's Geneva talks in bringing a peaceful resolution to the political crisis that has divided the island of Cyprus for almost 60 years, Turkish Republic of Northern Cyprus (TRNC) President Ersin Tatar stated Sunday as he urged Prime Minister Boris Johnson to support a two-state solution.

In an interview with the U.K.'s Sunday Express, Tatar said that Britain's exit from the European Union, of which the Greek Cyprus administration is a member, allowed the island nation to play a neutral guarantor role.

The interview comes as British ministers consider officially recognizing Turkish Cyprus as an independent state, according to Sunday Express, a move that would significantly help 300,000 Turkish Cypriots living in Britain.

Tatar stated that they do not want to squander any more time as the conflict on the Eastern Mediterranean island has been ongoing since the early 1960s when ethnic clashes ultimately led to Turkey's military intervention and subsequently the foundation of the TRNC in 1983. “All these years we have been wasting valuable time,” he said.

Tatar pointed out that recent developments in the Eastern Mediterranean, such as the discovery of oil reserves, have meant that the island was now even more valuable, therefore making relations even tenser.

He also noted that a two-state solution was the only viable option as the two sides of the island have been separated for so long that they have totally different outlooks, cultures and languages, and the conflicting histories of both means “there is no hope for a federal relationship in the future.”

A federal solution was attempted in 2004 but failed to materialize as the Greek side rejected the idea while Turkish Cypriots supported it.

Tatar's proposal also has the backing of Turkey, whom he believes will never drop its support for the Turkish Cypriots.