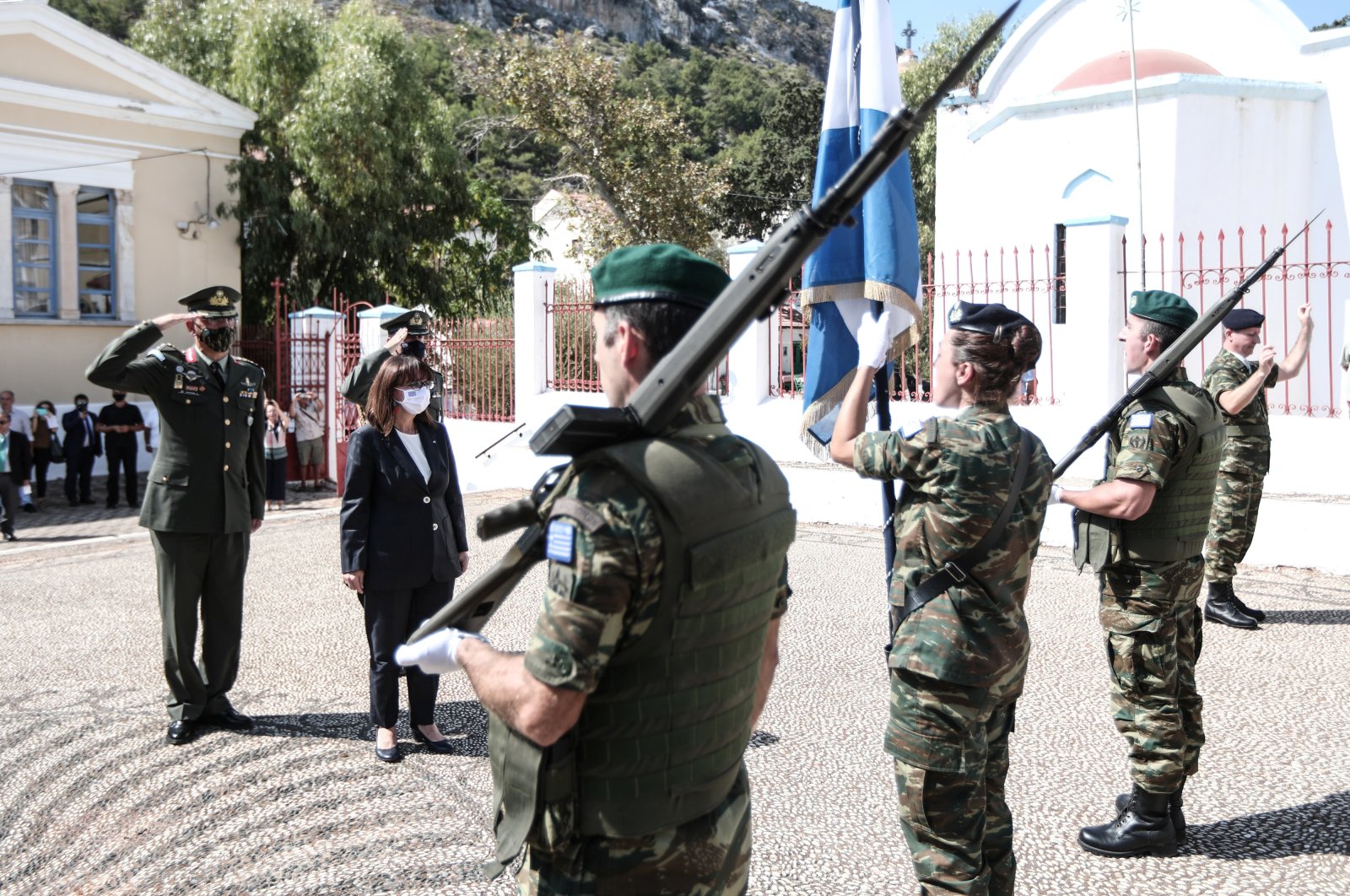 Defense Minister Hulusi Akar criticized Greek President Katerina Sakellaropoulou for visiting the island of Kastellorizo (Megisti-Meis) to mark independence celebrations, in an act of provocation as the two countries are involved in a dispute over maritime rights in the Eastern Mediterranean.

"As if there is no other island left for celebration, they come to these. These (acts), of course, disturb us,” Akar said as he paid a visit to Turkey's southwestern Kaş district, across from the Greek island of Kastellorizo, which is located just 2 kilometers (1.2 miles) away from the Turkish shore.

Akar was accompanied by Chief of General Staff Yaşar Güler and commanders of the army, navy and the air force.

"We are going through a difficult and dangerous period. The Turkish leadership... is undermining the peaceful coexistence that was built over many decades by Greeks and Turks, who saw the sea between them not as an impenetrable frontier but as a passage of communication," Sakellaropoulou told reporters.

The Greek president also visited the war museum on the island and claimed that Athens is in cooperation and in close contact with the international community and its partners and follows a “path of diplomacy of dialogue,” even though Greece has refused Turkey’s calls to sit down at the table and solve the matter through dialogue.

At its closest point, Kastellorizo, invaded by Italians in 1912 and formally ceded to Greece in the 1947 Paris Peace treaties following World War II, lies only 2 kilometers away from the Turkish mainland yet 600 kilometers from Greece. The island recently made headlines in Turkey when Greek troops were deployed there, which violated its demilitarized status.

After completing his visit to Turkey's Kaş district of southern Antalya province, Akar and Chief of General Staff Gen. Yaşar Güler went to Lefkoşa, the capital of TRNC.

Turkish Vice President Fuat Oktay had announced on Twitter that the exercise, Mediterranean Storm, is a demonstration of their will to stand against those trying to confine Turkey to the Gulf of Antalya while ignoring the Turkish Cypriots.