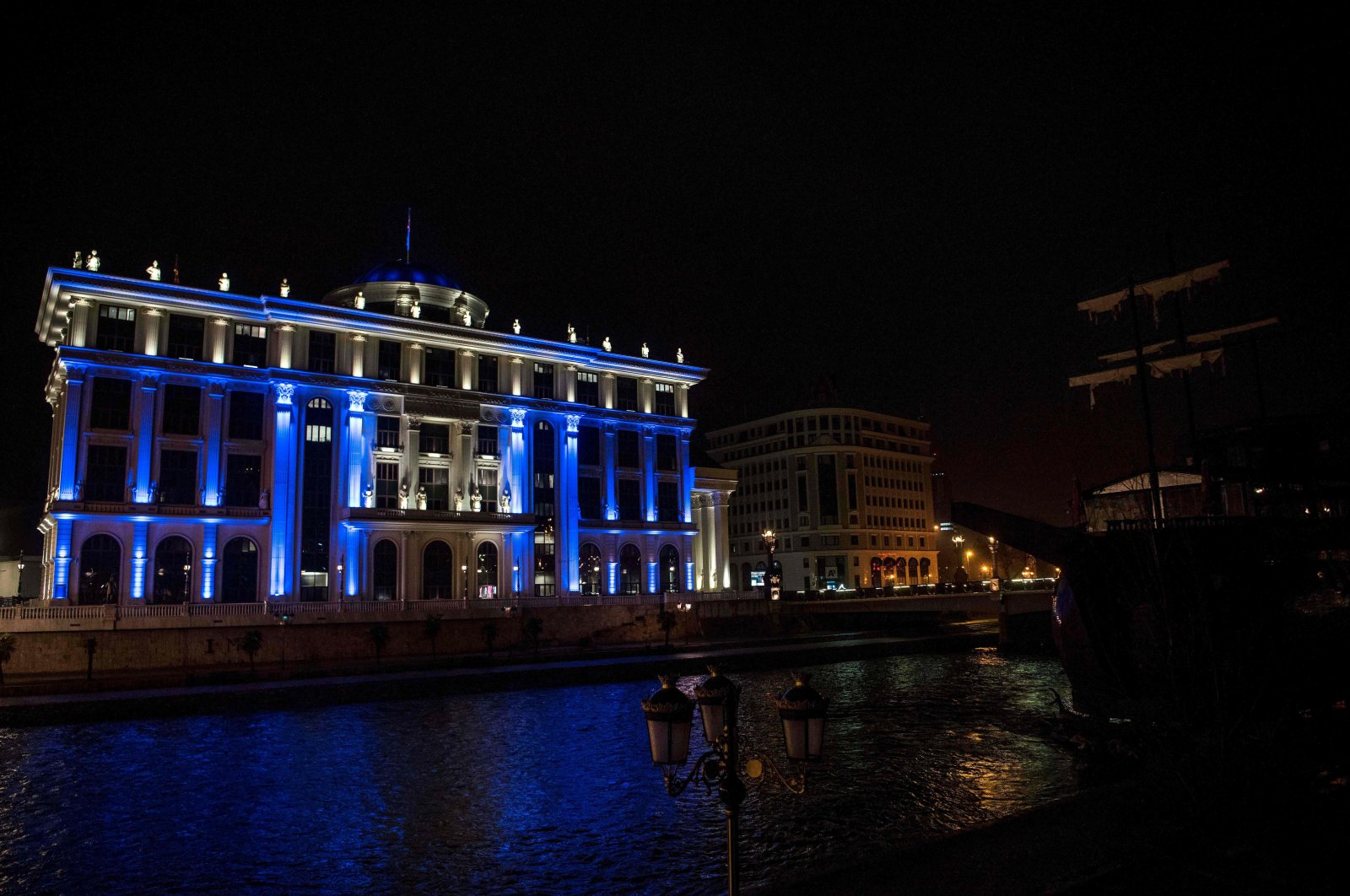 A picture shows the building of the North Macedonian Ministry of Foreign Affairs, illuminated in the colors of the North Atlantic Treaty Organization (NATO), in Skopje, , Saturday, March 27, 2020, (AFP)
by DAILY SABAH Mar 30, 2020 10:49 am
RECOMMENDED

Defense Minister Hulusi Akar congratulated North Macedonia on its NATO membership on Monday, stating that Turkey is ready to support the country in its journey in the organization.

"Turkey has always supported this process (of North Macedonia's membership) since the very beginning and is ready to share its membership experiences in case of necessity," Akar said in a message sent to his North Macedonian counterpart Radmila Shekerinska-Jankovska.

"As the newest member of the alliance, I'd like to say welcome to NATO. Your membership strengthens NATO. Besides, I also congratulate North Macedonia for its determination and commitment during the membership process," Akar stated in his message, adding that this membership would also improve the ties between Turkey and North Macedonia.

On Friday, North Macedonia became the 30th member of NATO.

Given the impact of the coronavirus pandemic around the world, North Macedonian President Stevo Pendarovski said: "We cannot rejoice and mark the event as it should (be marked) ... But, this is a historic success that after three decades of independence, finally confirms Macedonian security and guarantees our future. Congratulations to all of you! We deserve it!”

U.S. Secretary of State Mike Pompeo said the country's membership "will support greater integration, democratic reform, trade, security and stability across the region. North Macedonia’s accession also reaffirms to other aspirants that NATO’s door remains open to those countries willing and able to make the reforms necessary to meet NATO’s high standards, and to accept the responsibilities as well as benefits of membership.”

North Macedonia was previously known as Macedonia, a name it shared with a Greek province. Under a 2017 deal with Athens, the country changed its name and Greece agreed to drop objections to its NATO and eventual EU membership.