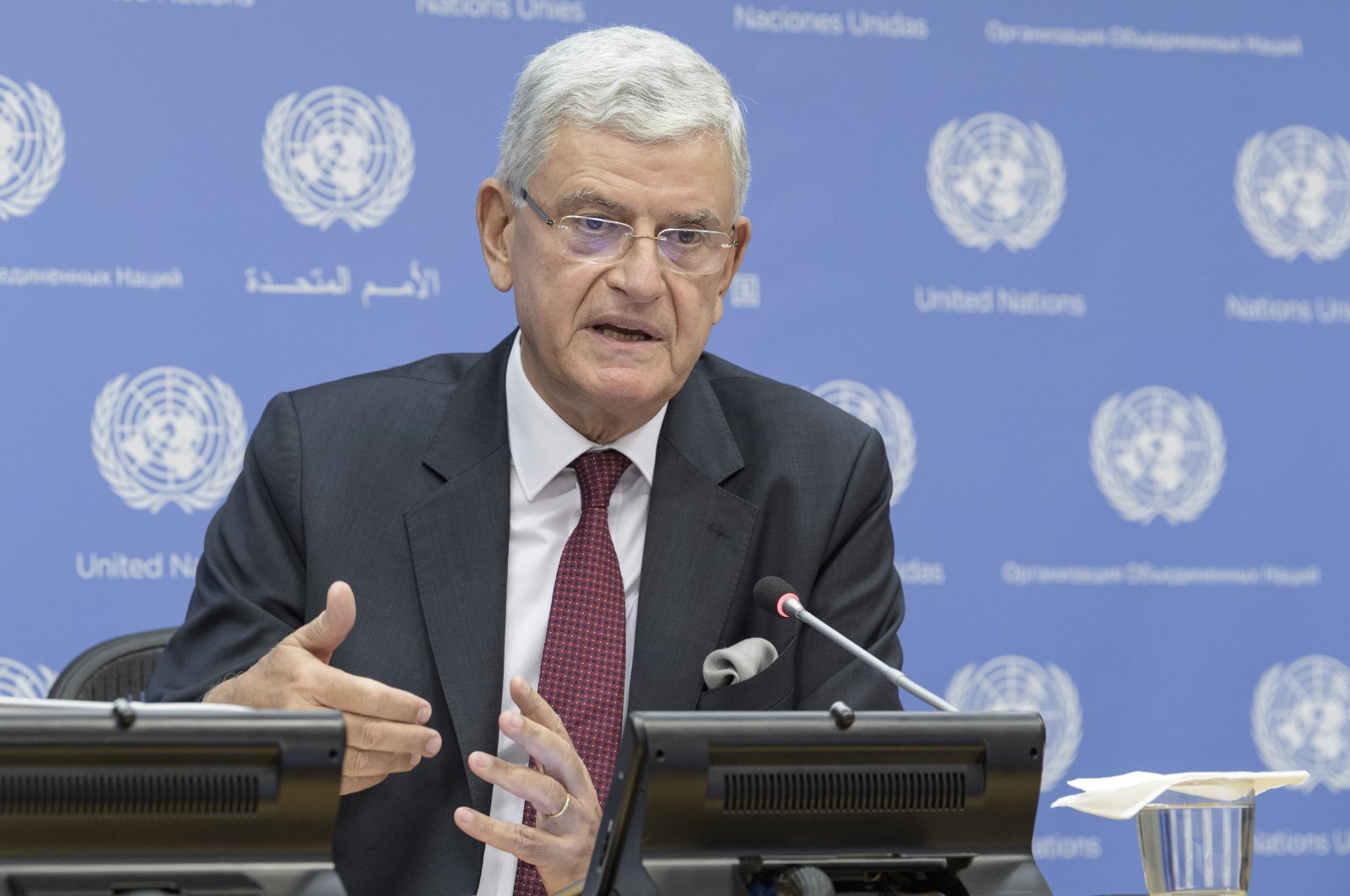 Turkish diplomat Volkan Bozkır officially assumed the presidency of the United Nations General Assembly (UNGA) on Tuesday for its 75th session, as he warned that unilateralism will only strengthen the COVID-19 pandemic and called for a new commitment to global cooperation, including on the fair and equitable distribution of vaccines.

"I am proud on behalf of my country, nation and person. I will work to exhibit an effective and distinctive Presidency," Bozkır wrote on Twitter.

Bozkır is the first Turk to head the UNGA. He will hold the post for one year.

In remarks at U.N. headquarters as he closed the 74th session of the UNGA, he said the group has urgent priorities, including the coronavirus pandemic.

Bozkır said critics of multilateralism have been more vocal since the onset of the disease and the pandemic has been used to justify unilateral steps and weaken the rules-based international system.

"The need for international cooperation has been questioned. These criticisms are not baseless, but their conclusions are misguided. Make no mistake: no state can combat this pandemic alone. Social distancing will not help at the international level,” he said.

"Unilateralism will only strengthen the pandemic. It will move us farther away from our shared goal," he added, calling for responsibility to strengthen faith in multilateral cooperation and international institutions with the United Nations at the center.

Bozkır also said “a frank, transparent and result-oriented dialogue” needs to continue about what went wrong in efforts to contain the virus, what must be done to avoid a similar situation in the future and the fair distribution of vaccines, which, he said, “is not just a question of health and economics, but of ethics in the most profound way.”

Bozkır took over the reins of the 193-member world body after taking the oath of office and being handed the large gavel signifying the office from outgoing UNGA President Tijjani Muhammad-Bande, who presided over a unique, yearlong session that he said was “defined by a pandemic.” It included virtual meetings and new voting procedures.

U.N. Secretary-General Antonio Guterres called the year ahead “a critical one” for the U.N., saying, “We must continue to respond to the immediate impact of the COVID-19 pandemic by strengthening health systems and supporting the development and equitable distribution of treatments and vaccines.”

In a farewell speech, Muhammad-Bande said the emergence of the coronavirus showed the need to deepen multilateral cooperation in the health sector as well as other areas and to implement the commitment of world leaders “to scaling up national and global efforts to build a healthier world for all.”

Next week Bozkır will preside at the annual gathering of world leaders at the UNGA, which will be mainly virtual with leaders delivering prerecorded speeches to a virtual audience and one diplomat from each member state in the assembly chamber.

U.N. officials also anticipate an in-person UNGA meeting in New York to discuss the COVID-19 pandemic before the end of the year, Bozkır said.

The special session could be as soon as the first week of November, the former Turkish minister said during a press conference.

But several diplomats have said their countries are hesitant to meet so soon – especially in the United States, where the virus that causes the disease continues to spread widely.

Negotiations were underway to push the date to the first week of December, according to those same diplomats.

Bozkır is keen to start in-person U.N. meetings – which have taken place via videoconference since March – as soon as possible, saying such a summit should have happened "in June."

"Political timing is important," he said.

"As long as the health conditions allow, I intend to continue physical meetings of the General Assembly, taking the necessary mitigation measures to protect the health and safety of delegates and U.N. staff," Bozkır said.

"In our business of diplomacy, there is no substitute to meeting counterparts face-to-face, to build a long-term understanding of each others' positions and forge a compromise," he added.

According to Bozkır, a dozen heads of state – including President Recep Tayyip Erdoğan – had planned to come to speak at the U.N. in person next week.

But U.S. quarantine rules "made it impossible for any leader to come and physically be present in the General Assembly," Bozkır said.

He said he did not know whether U.S. President Donald Trump – who had said he wanted to speak in-person at the body's annual gathering – would make an appearance or not.

Bozkır was first elected to the Turkish legislature in 2011, following nearly 40 years in the foreign service which included posts in Germany, New York, Baghdad and Romania.

He also served as Turkey's minister for EU Affairs and chief negotiator for EU accession between 2014 and 2016.