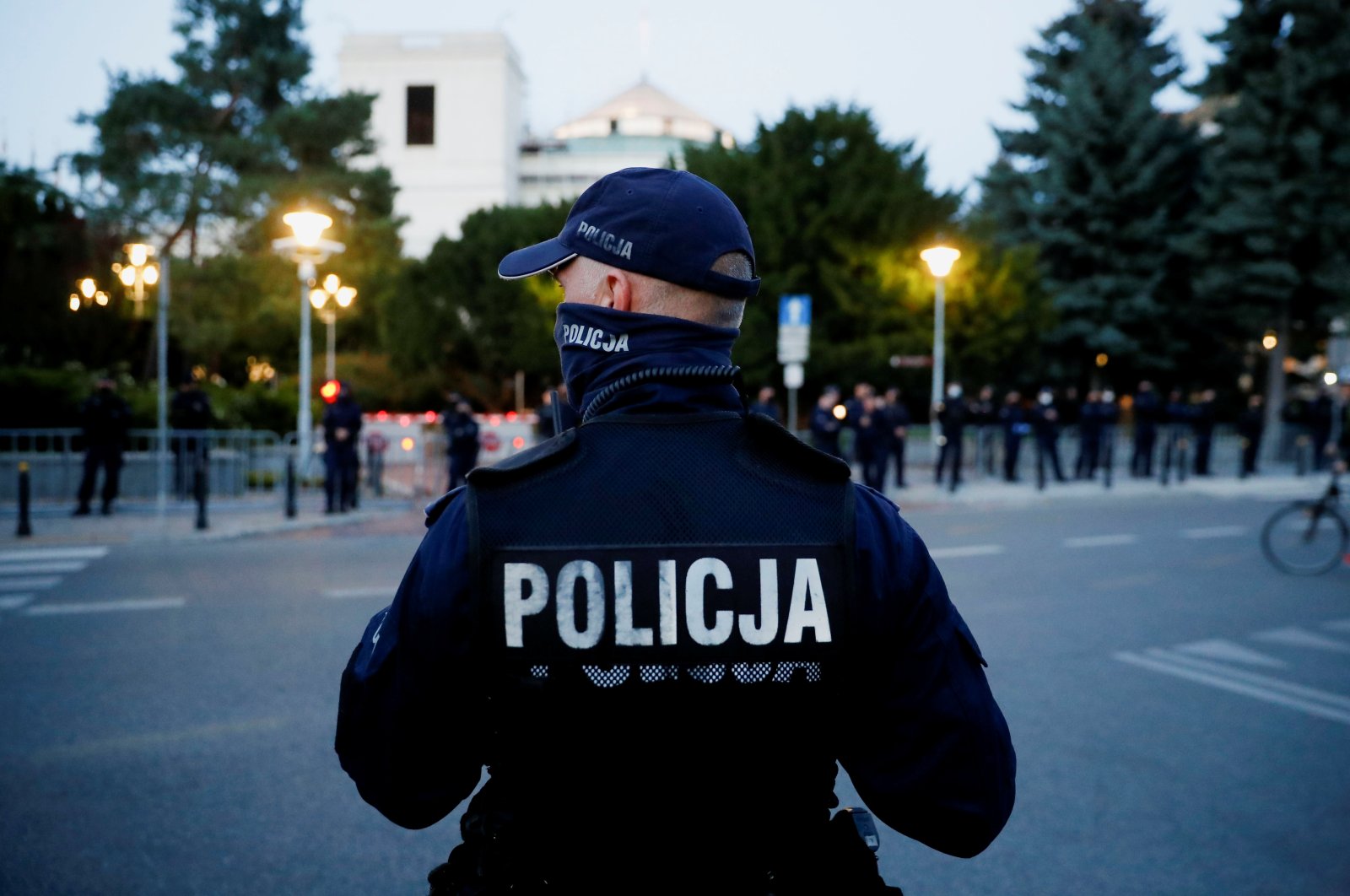 A police officer stands guard during a protest against the state of emergency declared at the Polish border with Belarus, in front of the parliament in Warsaw, Poland Sept. 6, 2021. (Reuters File Photo)
by Anadolu Agency Dec 28, 2021 11:10 pm

The Turkish Embassy in Poland was attacked with Molotov cocktails on Tuesday.

The incident occurred at around 2 p.m. local time (1 p.m. GMT) when a 34-year-old man of Turkish descent threw three Molotov cocktails at the embassy building, located on Rakowiecka Street in the capital Warsaw, the Polish news agency PAP reported.

Police teams were sent to the embassy following the incident.

The suspect was caught by the security forces guarding the embassy and no one was injured in the attack, the agency reported citing police sources.

Warsaw police examined the building's camera records and launched a large-scale investigation into the incident.

Meanwhile, Turkish Ambassador to Poland Cengiz Kamil Fırat told Turkish broadcaster TRT Haber that they contacted the Polish authorities and filed a complaint about the attack.