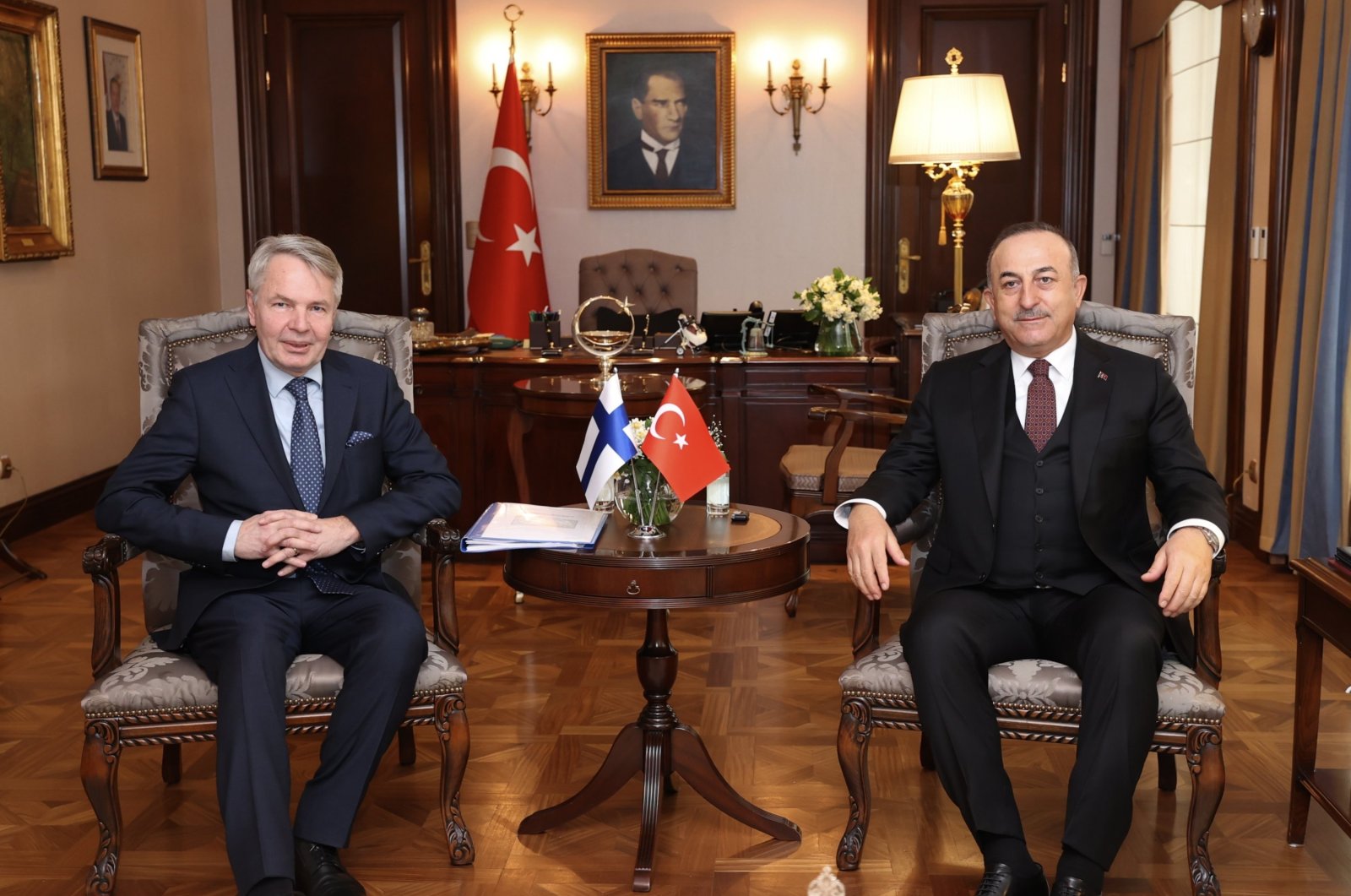 Foreign Minister Mevlüt Çavuşoğlu and his Finnish counterpart Pekka Haavisto on Thursday spoke over the phone and discussed the process of joining NATO, according to diplomatic sources.

Finland and Sweden's NATO membership processes were among the important issues discussed by the two top diplomats. Abandoning decades of military nonalignment, Sweden and Finland formally applied to join NATO in May, a decision spurred by Russia's war on Ukraine. But Türkiye voiced objections to their membership bids, due to the two Nordic countries' tolerance and even support of terrorist groups. Stockholm and Helsinki struck a deal with Ankara in June, which requires them not to provide support to the PKK and its offshoots, or to the Gülenist Terror Group (FETÖ), the group behind the 2016 defeated coup in Türkiye. Ankara has also called for the extradition of terror suspects.

Çavuşoğlu, according to the sources, emphasized that Türkiye will resolutely continue its fight against terrorism as part of Operation Claw-Sword.

Ankara launched Operation Claw-Sword on Sunday, a cross-border aerial campaign against the YPG/PKK terror group that has illegal hideouts across the Iraqi and Syrian borders where they plan attacks on Turkish soil. In its more than 40-year terror campaign against Türkiye, the PKK – listed as a terrorist organization by Türkiye, the United States, and the European Union – has been responsible for the deaths of more than 40,000 people, including women, children, and infants. The YPG is its Syrian offshoot.

The top diplomats also discussed the latest developments in Ukraine and the landmark Istanbul grain deal.

More than 10 million tons of Ukrainian grain have been shipped since Türkiye, the United Nations, Russia and Ukraine signed an agreement in Istanbul in late July.

It was extended in late November for another 120 days, once again through mediation efforts by Türkiye and the U.N.