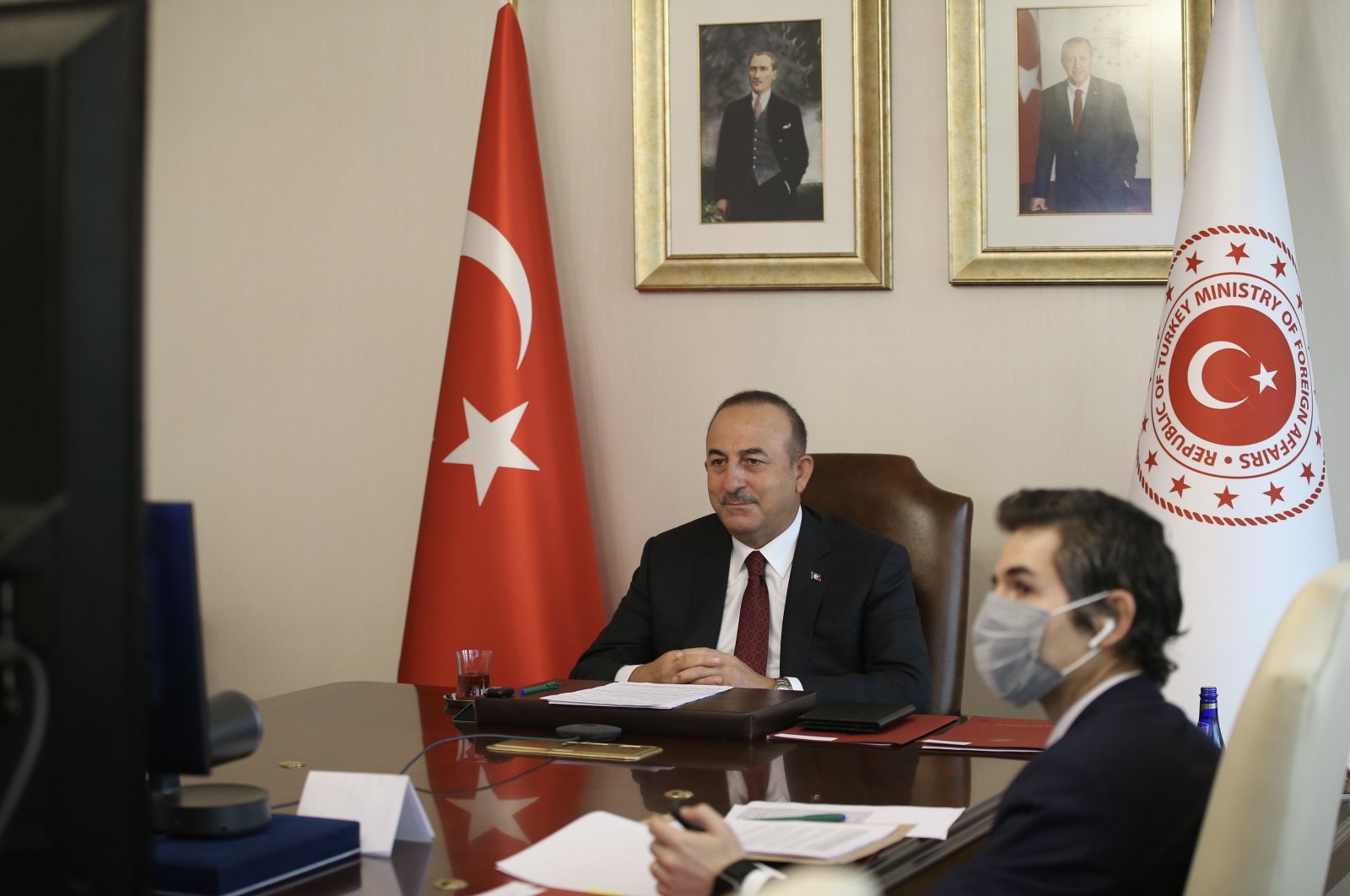 Foreign Minister Mevlüt Çavuşoğlu attends the 130th Session of the Committee of Ministers of the Council of Europe via videoconference, Ankara, Turkey, Nov. 4, 2020. (AA Photo)
by DAILY SABAH
Nov 04, 2020 1:17 pm

Foreign Minister Mevlüt Çavuşoğlu on Wednesday condemned all forms of terrorism and added that Turkey expects the same level of empathy.

Turkey condemns the killing of innocent people in France and Austria in "barbaric terrorist attacks" but also expects the "same empathy" from other nations over the killings of thousands of people by PKK terrorists, Çavuşoğlu stated, speaking at the 130th Session of the Committee of Ministers of the Council of Europe.

Turkey's top diplomat's comments come after a terrorist attack killed five people and injured 17 others in the Austrian capital Vienna on Monday.

In condemning the attack, Çavuşoğlu said "Terrorism is the common enemy of all humanity," and pointed out that international cooperation is required to eliminate that threat.

Human rights, democracy, the rule of law as well as the significance of multilateralism were among the issues discussed at the meeting held via videoconference due to the coronavirus pandemic.

Quoting the late French President Jacques Chirac's 2006 speech, Çavuşoğlu said, "The freedom of speech should be exercised in the spirit of responsibility."

Insisting on the opposite and projecting "unfortunate images" on public buildings in France or attempting to burn the Muslim holy book "will further deepen divisions within our societies and feed radicalism," he continued.

"We have to rediscover the culture of living together in Europe. And the Council of Europe should take the lead," he added.

The discussions surrounding freedom of speech were sparked after French President Emmanuel Macron last month described Islam as a religion "in crisis" worldwide.

Macron's Islamophobic remarks were met with outrage around the world as not only Muslims but also Christian communities raised their voices against the hate speech.

Macron in late October, again citing freedom of expression, said he would not prevent the publication of insulting cartoons depicting Prophet Muhammad.

The top Turkish diplomat also welcomed the appointment of the Council of Europe's Special Representative to combat anti-Semitic and anti-Muslim hate crimes.

"We hope that this, along with the valuable efforts of ECRI (European Commission against Racism and Intolerance), will help reverse the trend," he added.