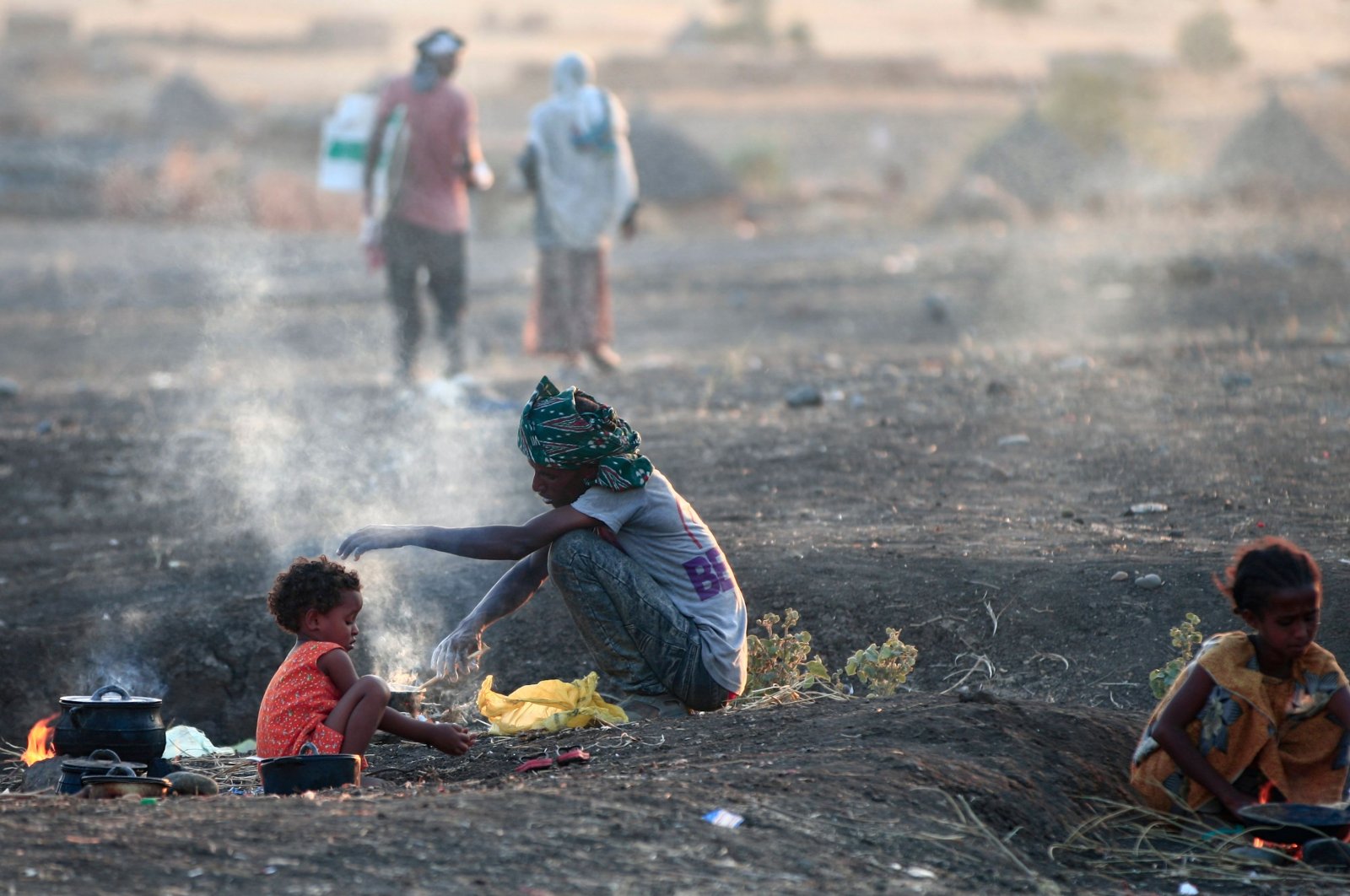 Ethiopian migrants, who fled intense fighting in their homeland of Tigray, cook their meal in the border reception center of Hamdiyet, in the eastern Sudanese state of Kasala, Nov. 14, 2020. (AFP Photo)
by DAILY SABAH
Nov 16, 2020 12:23 pm

Demeke briefed Çavuşoğlu on the objectives of Ethiopia in carrying out the current operation in Tigray, a Foreign Ministry statement said.

On Nov. 4, Ethiopia launched a military campaign against the forces of the Tigray People's Liberation Front (TPLF) that attacked the federal army's northern command.

Demeke "recounted how the TPLF junta shamelessly attacked the Northern command of the Ethiopian Defense Forces and tried to rob military equipment from the base," the statement added.

The action of the TPLF was not only criminal but also was tantamount to treason as it compromised the sovereignty of the country, Mekonnen said.

The statement also quoted Mekonnen as saying "the government of Ethiopia is committed to bring the TPLF criminals to justice and restore the rule of law to the region."

Çavuşoğlu, for his part, said the government of Turkey understands the decision of the federal government of Ethiopia to take action to maintain law and order in the region.

"He expressed his confidence that the operation would end soon and not compromise the safety of civilians," the statement said.

Turkey is one of the largest investors in Ethiopia in various sectors, including textiles, construction and other manufacturing sectors.

The first Turkish consulate general in the country opened in 1912 in the eastern city of Harar, with an embassy first inaugurated in Addis Ababa in 1926, marking the first of its kind in sub-Saharan Africa. This was followed by the opening of the Ethiopian Embassy in Ankara in 1933.