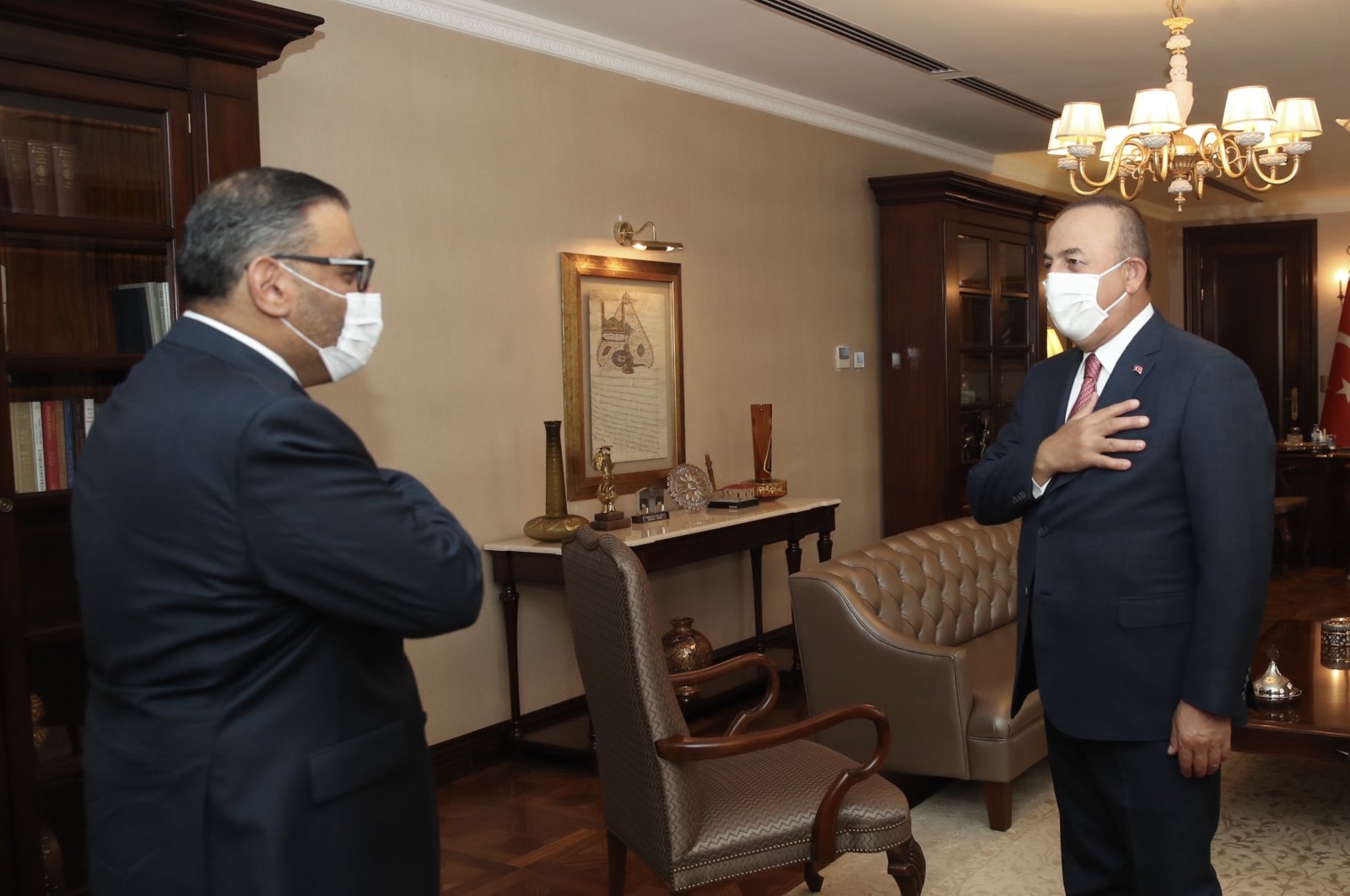 Foreign Minister Mevlüt Çavuşoğlu on Thursday met with Syrian opposition figures in Ankara ahead of the gathering of the 45-member committee charged with drafting a new constitution for the conflict-torn country.

“Congratulated Nasr Hariri for his election as president of the Syrian National Coalition, legitimate representative of the Syrian opposition. Discussed efforts for a political solution to Syrian conflict and developments on the ground,” Çavuşoğlu tweeted, saying that he reiterated Turkey’s support to the legitimate opposition.

Çavuşoğlu further stated he similarly congratulated Abdah for his election as president before the third round of the United Nations-brokered constitutional committee and emphasized the importance given to the political process initiated by Turkey’s endeavors.

The so-called Syrian Constitutional Committee is to meet after a nine-month pause on Aug. 24. The pause was due to differences over the agenda until March, followed by coronavirus-related restrictions, U.N. mediator Geir Pedersen told the U.N. Security Council Wednesday.

The Syrian Constitution Committee was launched in Geneva last year with 150 delegates representing the government, opposition and civil society in equal parts.

The committee's "small body," consisting of 15 delegates from each list, is to take part in the meeting on Aug. 24, Pedersen said.

The goal of the negotiations has been to build momentum toward a political solution for the bloody civil war that has lasted more than nine years.