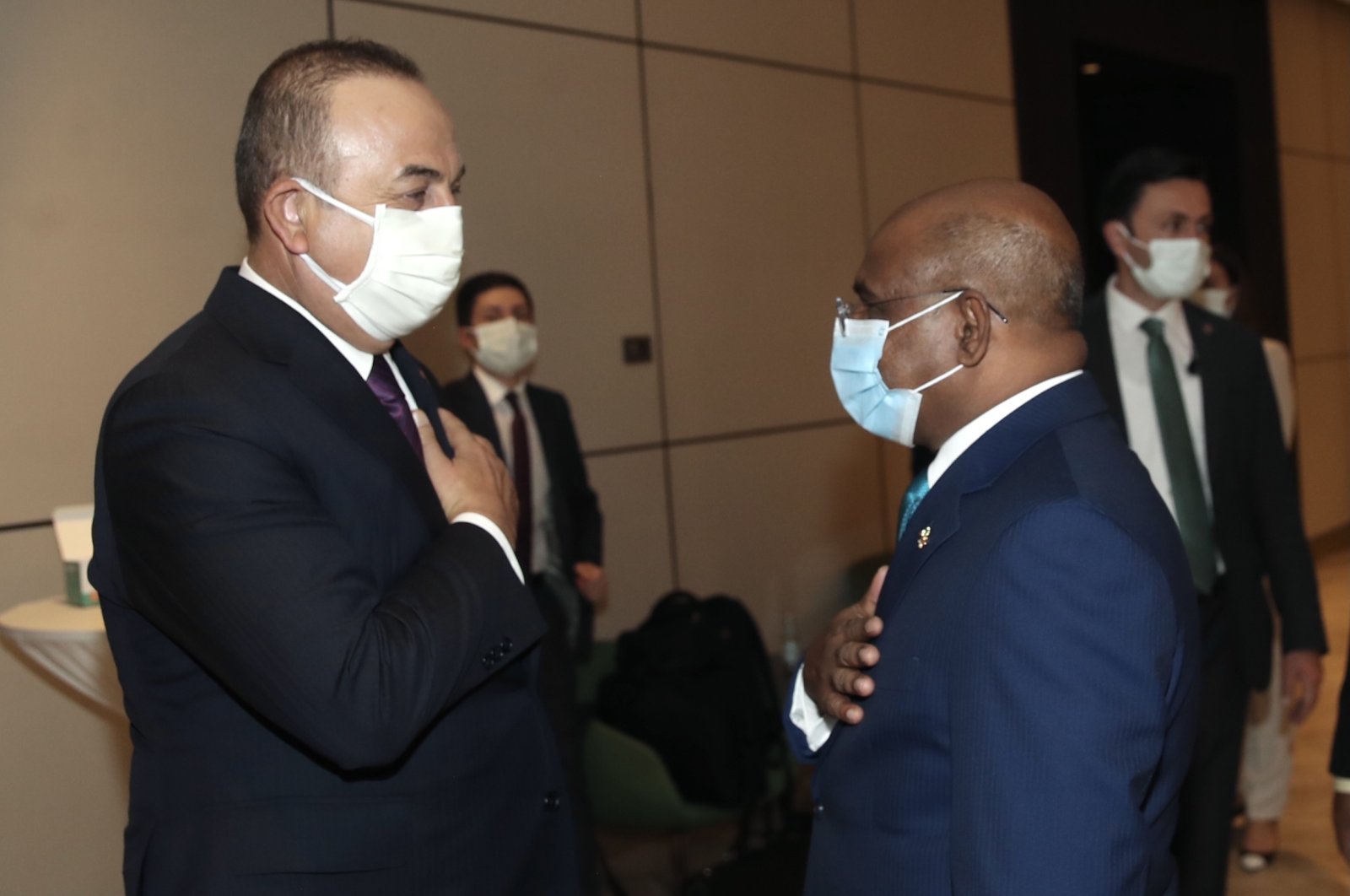 Foreign Minister Mevlüt Çavuşoğlu met with the foreign ministers of Chad and the Maldives in Niger's capital Niamey ahead of the 47th Session of the Council of Foreign Ministers of the Organisation of Islamic Cooperation (OIC) late Thursday.

The two-day meeting to be held on Friday and Saturday will provide an opportunity for a comprehensive exchange of views among OIC member states where Çavuşoğlu is expected to share Turkey’s views regarding regional and international issues.

Çavuşoğlu will also hold bilateral meetings with his counterparts from OIC member states on the margins of the meeting.

On his meeting with Shahid, Çavuşoğlu wrote on Twitter: "(We) Will further develop our cooperation in every field particularly in economy, trade, agriculture and education."

He noted that Turkey's flag carrier Turkish Airlines had recently restarted flights to the Maldives' capital Male in a move that will "make important contributions to tourism between our countries."

Saying that he had a sincere meeting with Sidick, Çavuşoğlu said: "We discussed the election of the new Organisation of Islamic Cooperation secretary." The top diplomat added that Turkey would continue to support the education and development of Chadians.

Chad is one of the largest countries in Africa and suffers from widespread poverty despite its rich resources.

Turkey’s bilateral trade with Chad was $72.4 million (TL 563 million) in 2019. Turkey’s exports to Chad amounted to $39.9 million, while its imports were $32.5 million. Moreover, Turkey's Maarif Foundation manages a school in the country, and Chadian students are provided with Türkiye Scholarships.

The foundation of Turkey's Africa policy in the new republic was set in 1998, although historical ties date back to the Ottoman Empire. The relationship took shape in 2005, which was declared the Year of Africa by Ankara, and Turkey was accorded observer status by the African Union (AU) the same year.

In a reciprocal move, the AU declared Turkey its strategic partner in 2008, and relations between Africa and Turkey gained momentum when the first Turkey-Africa Cooperation Summit was held in Istanbul that year. Representatives from 50 African countries participated in the summit.

The Turkish government's priority to engage with Africa has helped facilitate the growth of business and trade relations. It came with a strong commitment that focused on direct aid, infrastructure and transportation projects, as well as mutually beneficial economic partnerships.

Turkey has also increased the number of its embassies on the continent to 42 and commercial counselors to 26.