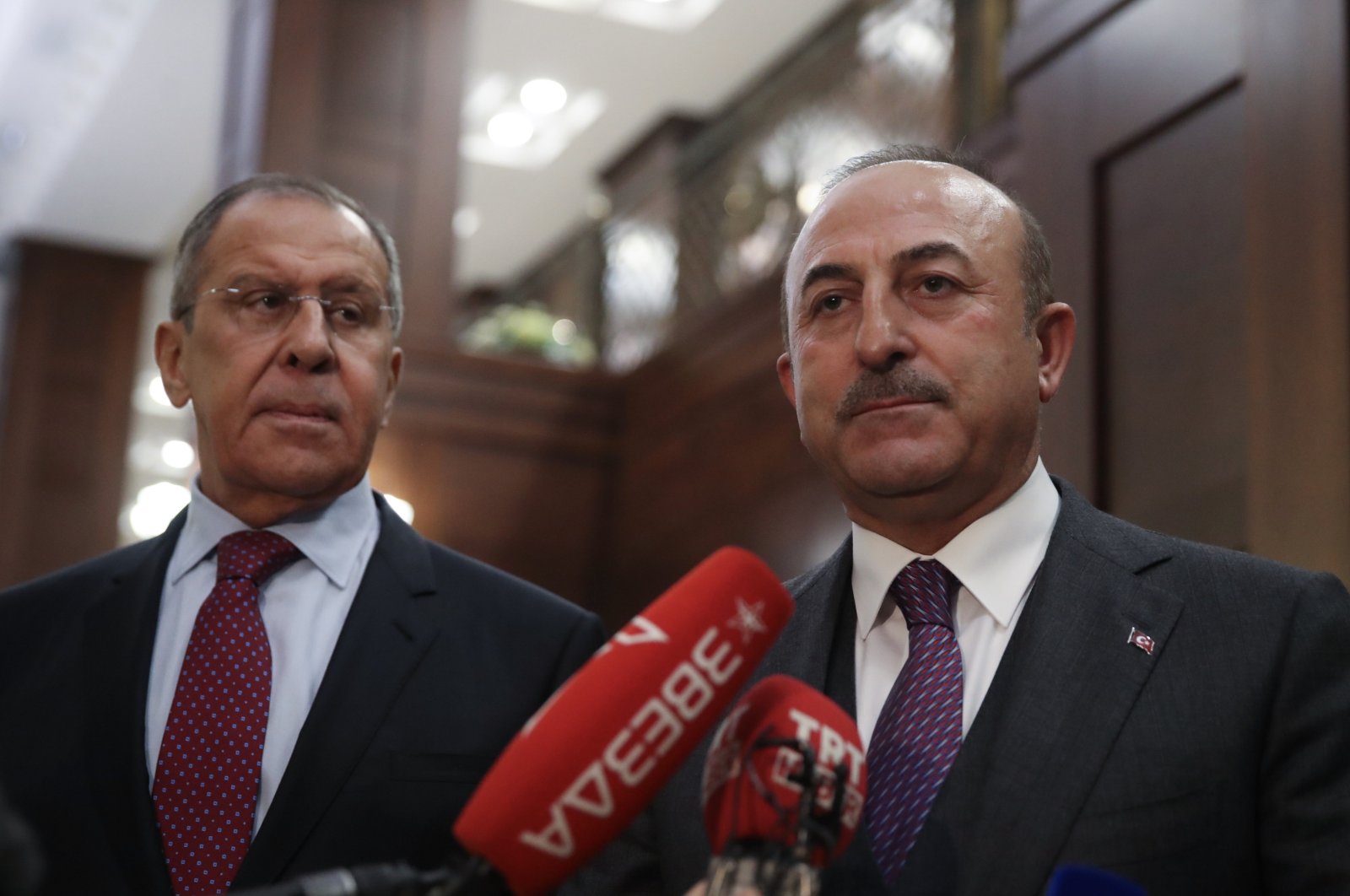 Turkey’s Foreign Minister Mevlüt Çavuşoğlu in a phone call with his Russian counterpart Sergey Lavrov discussed the Nagorno-Karabakh conflict as well as the situation in Syria and Libya on Tuesday.

The calls come one day after Russian airstrikes on Monday killed at least 78 Syrian opposition forces in Idlib about 10 kilometers (6 miles) from the Turkish border despite a cease-fire that was put into effect earlier this year.

In March, a fragile truce was brokered between Moscow and Ankara in response to the months of fighting by the Russia-backed regime that launched military offensives on the country's last major opposition stronghold in Idlib and displaced almost a million people from their homes. The truce has mostly been maintained, despite some intermittent bombardment in the area.

Idlib has long been under siege by Bashar Assad's regime forces and its allies with previous cease-fires in the region having been plagued with violations.

Russia intervened directly in Syria in late 2015 allegedly at an official request by the Syrian regime. Moscow has established a major presence in Syria, where its air force and military bases across the country have allowed Assad in recent years to defeat opposition who rose up against his authoritarian rule.

Moscow and Damascus deny accusations of indiscriminate bombing of civilians in an area where 3 million people have found refuge during the nearly 10-year conflict. The two allies say they target “terrorists” who hold sway in the region.