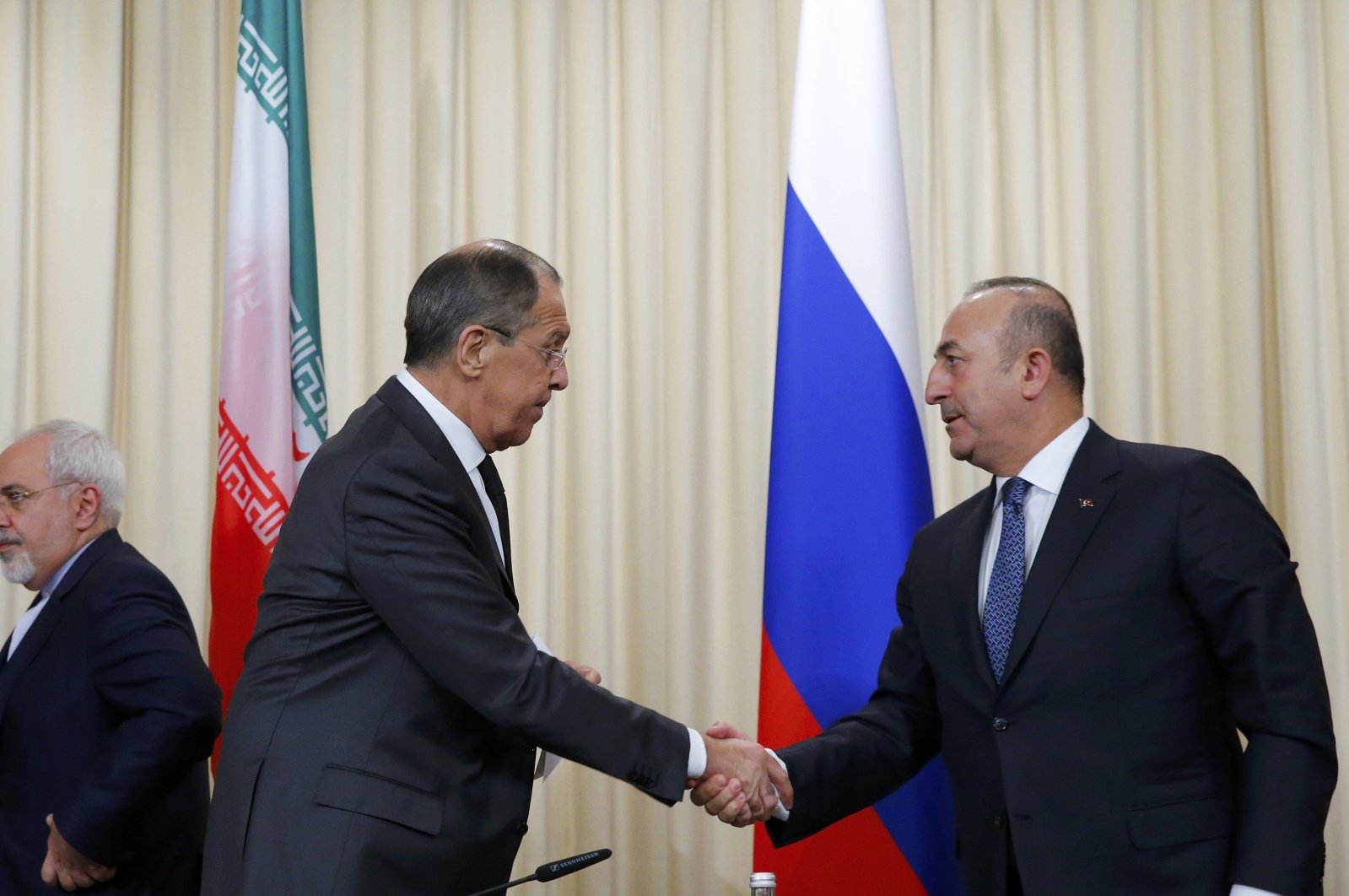 Foreign Minister Mevlüt Çavuşoğlu and his Russian counterpart Sergey Lavrov in a phone call on Tuesday discussed Nagorno-Karabakh, Ukraine and the detention of two Russian journalists in Turkey.

Two Russian journalists and a Turkish citizen accompanying them were released on Monday after being detained for illegally filming near drone production facilities in Istanbul last Thursday. The three suspects were taken to a courthouse in the city to be questioned by prosecutors before their release.

Earlier this month, Turkey and Russia signed an agreement to establish a joint observation center in Nagorno-Karabakh after Armenian forces departed Azerbaijani territories as part of a peace deal signed last month.

During the 44 days of heavy fighting that began on Sept. 27, the Azerbaijani military routed Armenian forces and wedged deep into Nagorno-Karabakh, forcing Armenia to accept a Russia-brokered peace deal that took effect on Nov. 10.

The agreement saw the return of a significant part of Nagorno-Karabakh to Azerbaijan and also requested Armenia hand over all of the districts it occupied outside the region.

According to the agreement, Russia will deploy nearly 2,000 peacekeepers for at least five years to monitor the peace deal and help the return of refugees. The Russian troops will also ensure safe transit between Nagorno-Karabakh and Armenia across the Lachin region.

The Turkish Parliament also voted this month to deploy a mission to "establish a joint center with Russia and to carry out the center's activities."

The phone call also comes a day after the United Nations General Assembly (UNGA) approved a resolution urging Russia to immediately withdraw all its military forces from Crimea “and end its temporary occupation of the territory of Ukraine without delay.”

The measure, which is not legally binding but a reflection of world opinion, was supported by Western nations and their supporters but opposed by Russia and its supporters including China, Cuba, Venezuela, Iran and Syria

Russia sent troops into Crimea and annexed the peninsula in 2014. It has supported separatist rebels in eastern Ukraine in a six-year war that has killed 14,000 people and an uneasy cease-fire has been in effect since late July.

The resolution condemned the occupation of Crimea and the city of Sevastapol by Russia and reaffirmed “the non-recognition of its annexation.” It affirmed that “the seizure of Crimea by force is illegal and a violation of international law," and said it must be “immediately returned.”