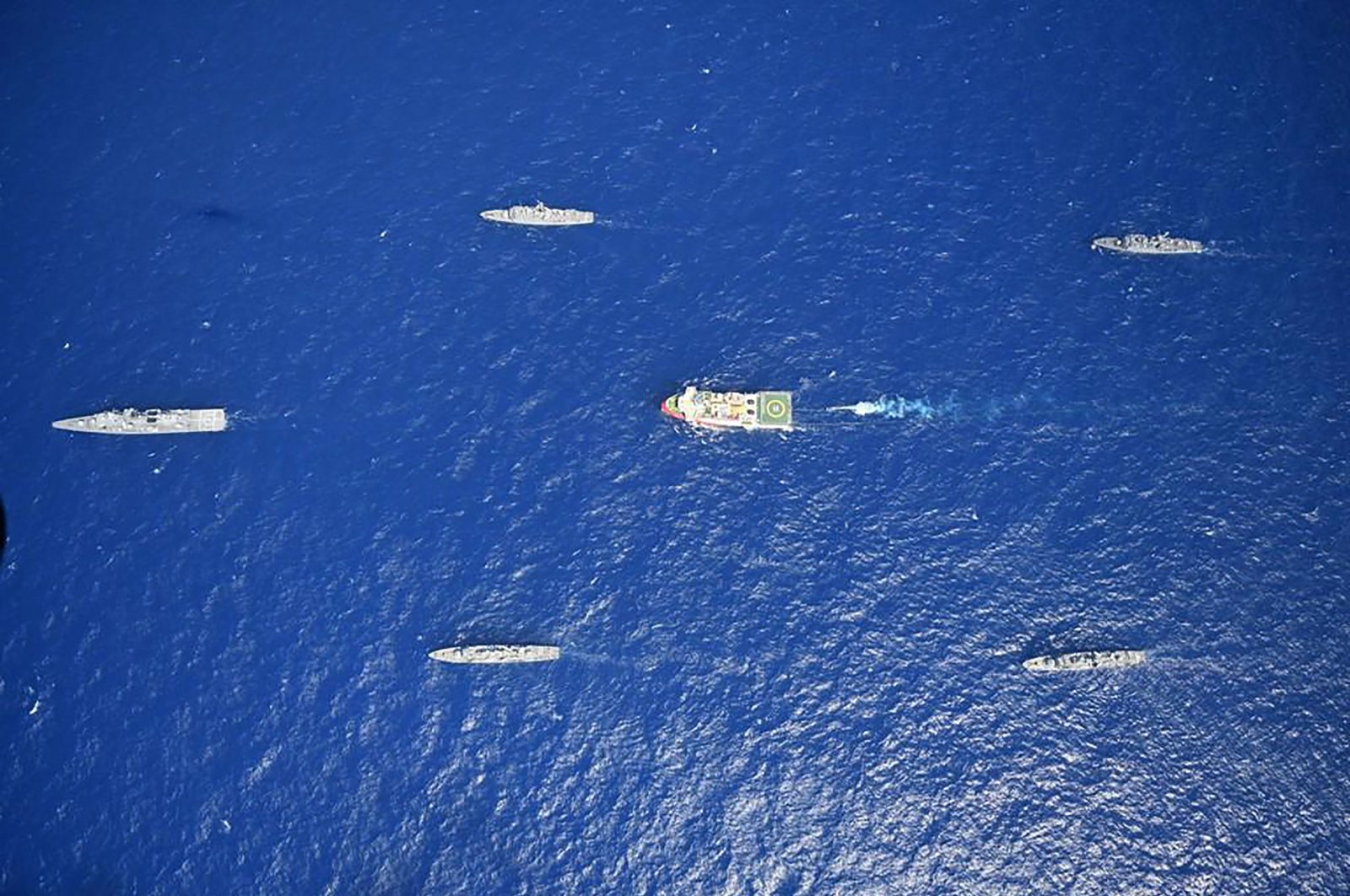 This handout photograph released by the Turkish Defence Ministry on Aug. 12, 2020, shows Turkish seismic research vessel 'Oruç Reis' (C) as it is escorted by Turkish Naval ships in the Mediterranean Sea, off Antalya on Aug. 10, 2020. (Defense Ministry Handout)
by Anadolu Agency Aug 14, 2020 10:16 am
RECOMMENDED

The letters came ahead of an EU Foreign Relations Council meeting Friday at Greece's request.

In his letter, Çavuşoğlu stressed that Greece and Greek Cypriot administration's unilateral steps and alliances excluded Turkey, in spite of calls for collaboration and dialogue by Ankara and the Turkish Republic of Northern Cyprus (TRNC).

He also noted that the so-called maritime agreement between Greece and Egypt demonstrates Greece's reluctance to start an honest dialogue with Turkey.

Turkey-EU relations should not suffer further due to whims and fantasies of Greece and Greek Cypriots, he added.

Çavuşoğlu invited EU countries to stand against any unjust decision that might be taken against Turkey, which has proven its good intentions until now many times.

He also held phone talks with some EU foreign ministers, including from Bulgaria, Estonia, Finland, Italy, Lithuania, Hungary and Romania, and with EU foreign policy chief Borrell discussing these issues.

The ship will continue the two-week mission until Aug. 23 along with the Cengiz Han and Ataman.

Turkey has consistently opposed Greece's efforts to declare an exclusive economic zone based on small islands near Turkish shores, violating the interests of Turkey, the country with the longest coastline in the Mediterranean.