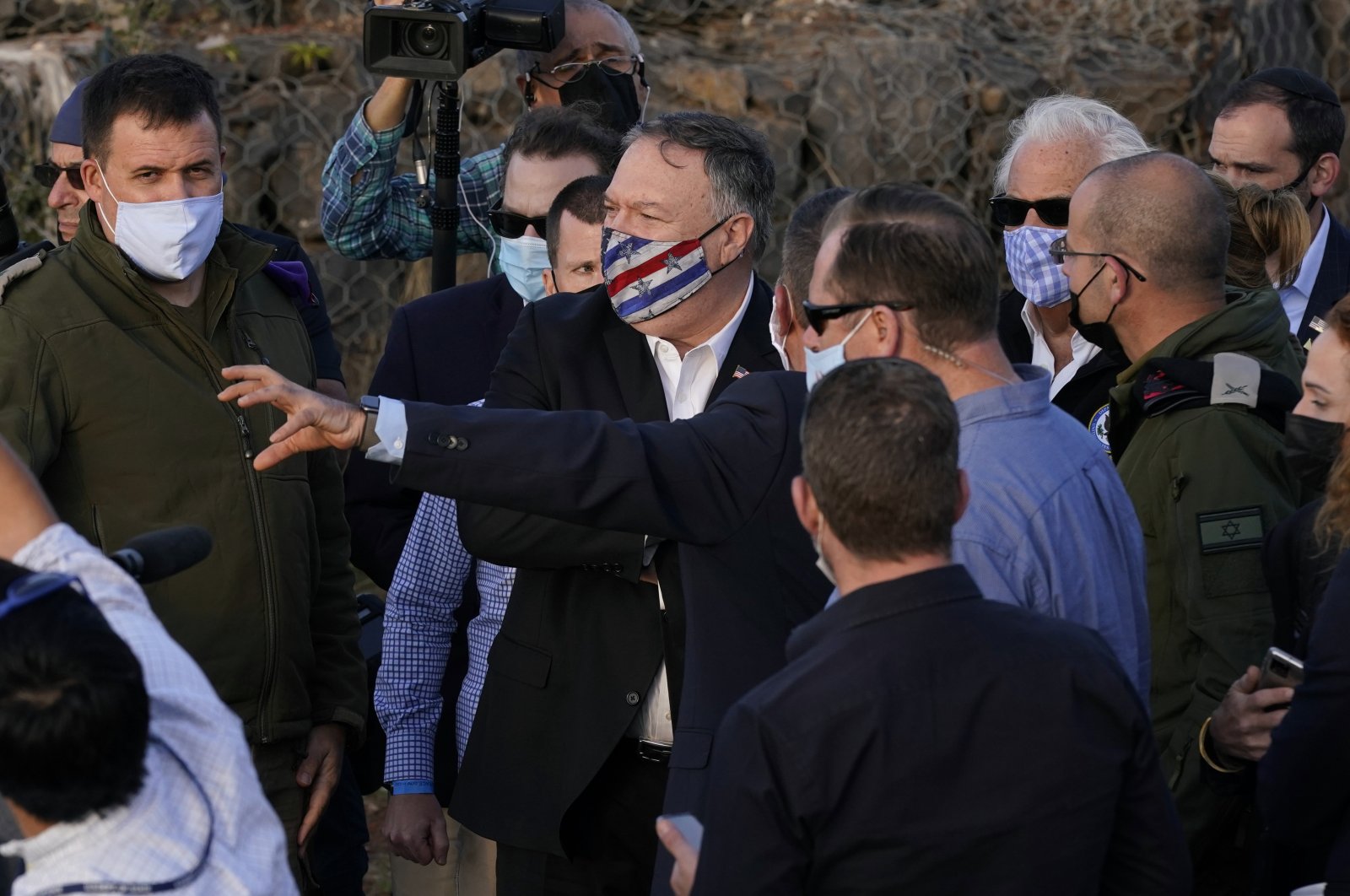 Pompeo paid the first-ever visit by a top U.S. diplomat to an Israeli settlement in the occupied West Bank after announcing a new initiative to combat the Palestinian-led international boycott movement.

"The underlining purpose of this visit is to legitimize the illegal actions of Israel in the Palestinian territory," the foreign ministry said in a statement.

"These one-sided, irresponsible steps cannot harm the established international parameters on the resolution of the Palestinian-Israeli conflict, U.N. decisions and Palestinians' rights and liberties," the statement added.

Turkey will continue to be there for the Palestinians and support their rightful cause, it said.

The visit to the settlement and the announcement that the U.S. would brand the boycott movement as anti-Semitic and cut off all funding for groups that participate in it, together offered a parting gift to Israel from an administration that has broken with decades of U.S. policy to endorse Israel's claims to territory seized in war.

Israel has built dozens of settlements in the West Bank illegally, which the Palestinians want for their future state. Most of the international community views the settlements as a violation of international law and an obstacle to peace.