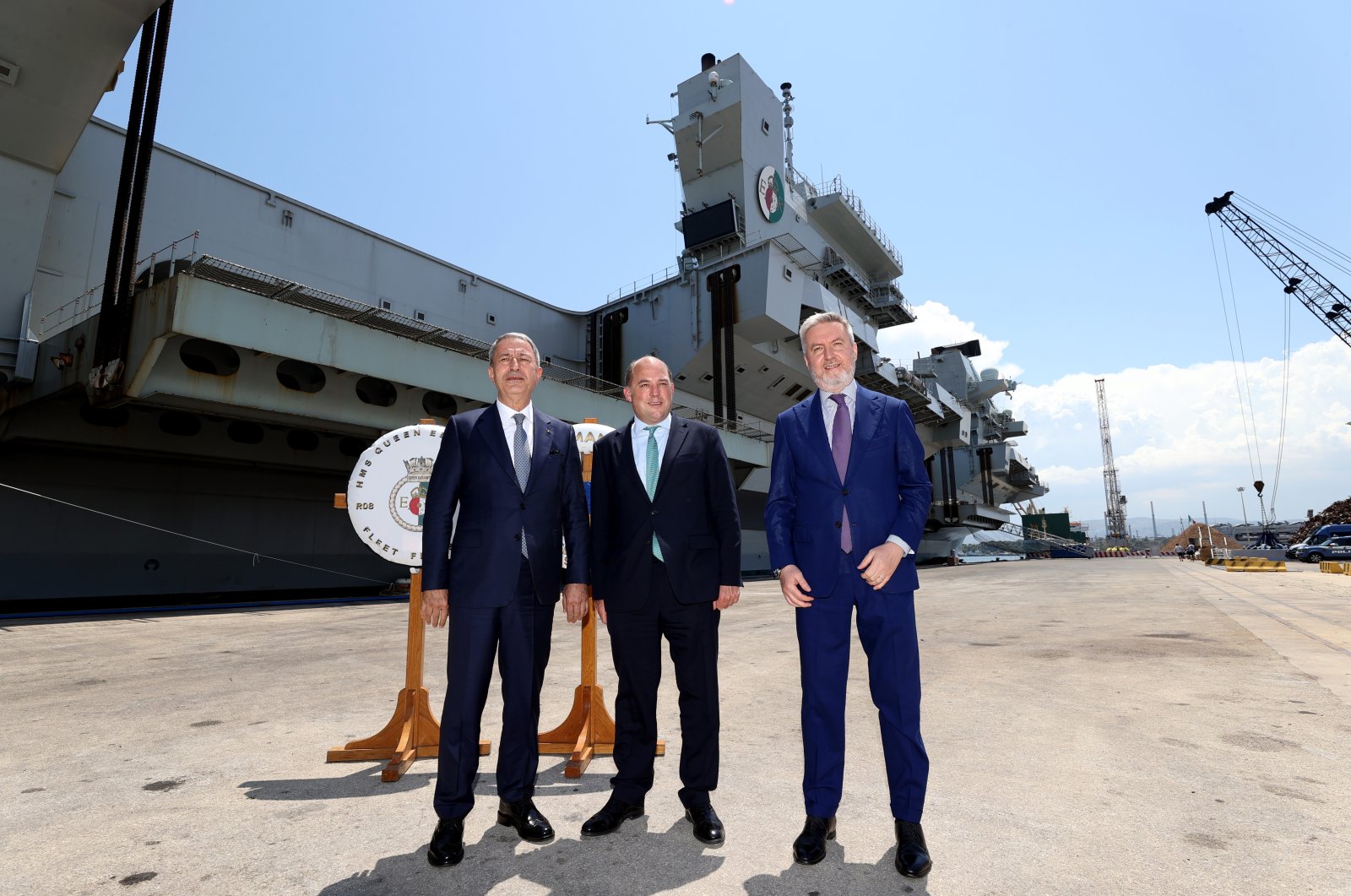 During the tripartite talks, which took place on the HMS Queen Elizabeth aircraft carrier anchored in the Port of Augusta, Akar, Ben Wallace and Lorenzo Guerini discussed relations in the fields of defense and security and regional issues.

After the tripartite talks, Akar also held a bilateral meeting with Wallace.

Following the meetings which Akar called "constructive and positive," the Turkish defense chief set out for Libya.

According to NATO, the June 14 summit is being held to respond to the challenges "of today and tomorrow."

These include terrorism, cyberattacks and disruptive technologies, and the security implications of climate change.

The NATO 2030 initiative to "continue adapting" the alliance is at the heart of the summit.