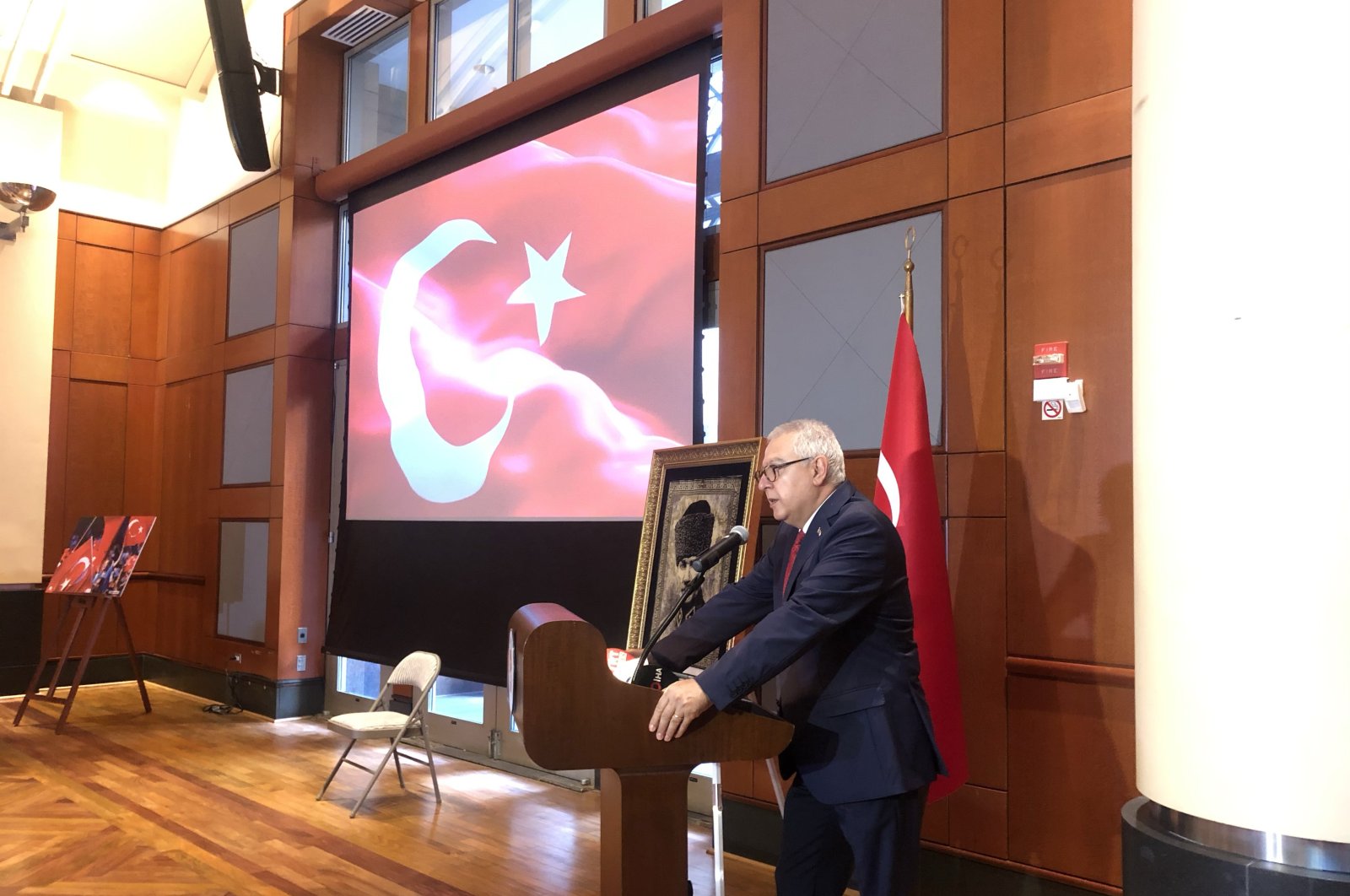 Turkish missions in the U.S. on Wednesday marked the fourth anniversary of the July 15, 2016 deadly coup attempt in Turkey orchestrated by the Gülenist Terror Group (FETÖ).

The Turkish Embassy in Washington, D.C. and Turkey's Permanent Representative to the United Nations with the Consulate General in New York held separate events that began with a minute of silence to honor the memory of the victims of the defeated coup, followed by the singing of the national anthem.

Orchestrated by FETÖ and its U.S.-based leader Fetullah Gülen, the attempted coup left 251 people dead and nearly 2,200 injured. FETÖ was also behind a long-running campaign to overthrow the state through the infiltration of Turkish institutions, particularly the military, police and judiciary.

In his address in the U.S. capital, Turkey's Ambassador to the U.S. Serdar Kılıç said Turkish people showed that night they "will not allow any external intervention" in their future.

"July 15 is the anniversary of Turkish people's message that says 'I do not allow any intervention in my future. I make my own choice for the future of my country, I don't let anyone impose a preference,'" said Kılıç.

Speaking to reporters following the event, the ambassador underlined that Turkey sent all essential files to the U.S. on the extradition of Gülen and added the review process of American authorities "shouldn't have taken that long."

Gülen has lived in self-imposed exile in the U.S. state of Pennsylvania since 1999 and Ankara has been demanding that Gülen be extradited to be held accountable for his role in the defeated coup attempt, sending hundreds of folders of evidence incriminating him and his organization.

"Our fight, which we know will be long-lasting, against FETÖ's structure abroad will be maintained united and decisively," Serhad Varlı, Turkey's deputy permanent representative to the U.N., said during the event in New York.

Addressing a panel hosted by the Turkish Heritage Organization (THO) nonprofit group, Kıran lamented what he said has been U.S. inaction on FETÖ, calling it a "sinister organization" and urging U.S. officials to act against the terrorist group.

"As two long-standing NATO allies, Turkey and the United States need to preserve the spirit of alliance and solidarity," he said. "Unfortunately, the inaction of the U.S. against FETÖ even after July 15 still has a negative influence on our relations."

"We also expect cooperation against the financing of terrorism, especially regarding freezing of assets of FETÖ members in the U.S.," he added, saying Ankara is working with the FBI on the matter.

A group also gathered Wednesday to protest in front of Gülen's compound in Saylorsburg, Pennsylvania.

Another message to mark the fourth anniversary of the defeated coup attempt came from the United Kingdom.

"Four years on from the failed coup in Turkey, the UK continues to stand in solidarity with Turkey & in support of democracy," Minister for European Neighbourhood and the Americas, Wendy Morton, wrote on Twitter.

"Today we remember those who sadly lost their lives & their families," she said.

Morton's statement came on July 15, the day Turkey marked Democracy and National Unity Day with events nationwide to commemorate those who lost their lives beating back the putschists.

Britain was one of the first countries to express solidarity with Turkey after the coup attempt.

Alan Duncan, a minister who was responsible for Europe and the Americas, was the first European politician to visit Turkey following the bloody coup attempt.