Turkish NGOs apply to fight alongside Azerbaijan against Armenia 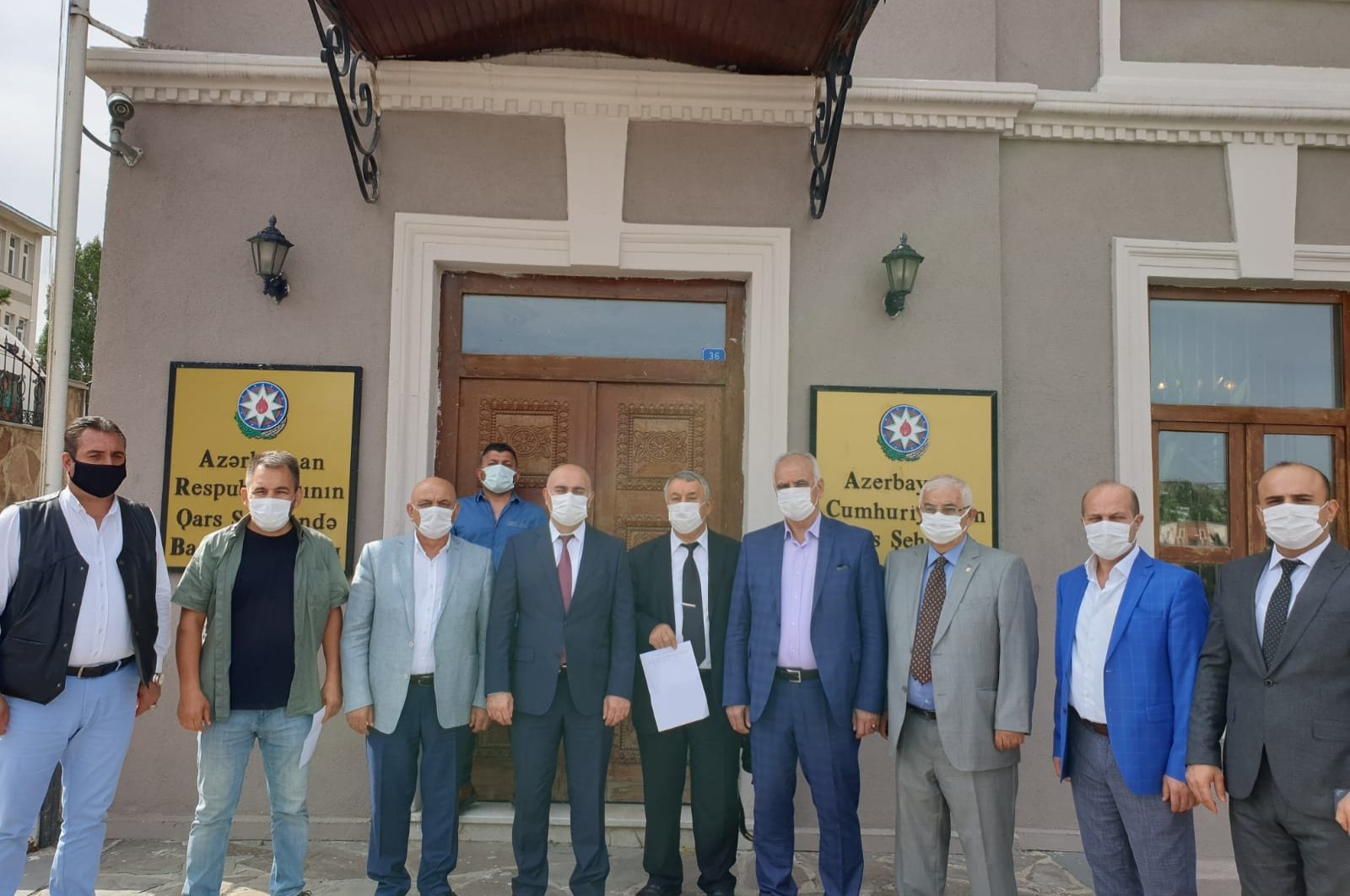 Representatives of several Turkish NGOs pose in front of the consulate-general of Azerbaijan in Kars after volunteering to fight alongside Azerbaijani forces, Kars, Oct. 4, 2020. (DHA)
by Daily Sabah with DHA Oct 05, 2020 11:42 am
RECOMMENDED

Nongovernmental organizations (NGOs) in Turkey's eastern Iğdır province, near the Armenian border, delivered a petition to Azerbaijan's consulate Sunday, expressing their intention to fight alongside Azerbaijani forces against Armenian aggression.

Representatives of the Turkey-Azerbaijan Friendship Federation, Iğdır Azerbaijan Home Association and the Association to Sustain and Preserve Iğdır-Azerbaijan Language, History, and Culture Unity delivered their volunteering application to Nuru Guliyev, the Consulate-General of Azerbaijan in the eastern Kars province.

"It touched me that you came here and showed your support to us," said Guliyev after receiving the petition, adding that the Azerbaijani army's achievements in the region continue.

"Karabakh will be saved from the occupation," he added, indicating that for the past 30 years, Azerbaijan has been trying to solve this crisis with an intention to stop the bloodshed.

Serdar Ünsal, the head of the Iğdır Azerbaijan Home Association, stated that the civil society organizations in Iğdı support Azerbaijan and are willing to fight for the country.

"We are siding with Azerbaijan with the principle of two states, one nation," he added.

Meanwhile, a convoy took place in Iğdır in support of Azerbaijan, with dozens of people waving the country's flag and shouting slogans in support of Baku.

Since the eruption of the conflict, Turkey has expressed support for Azerbaijan's cause multiple times, with President Recep Tayyip Erdoğan highlighting the bilateral ties while condemning Armenian attacks. Turkish society has expressed backing for the country as well, especially on social media with hundreds of users highlighting the brotherly feelings with Azerbaijani people.