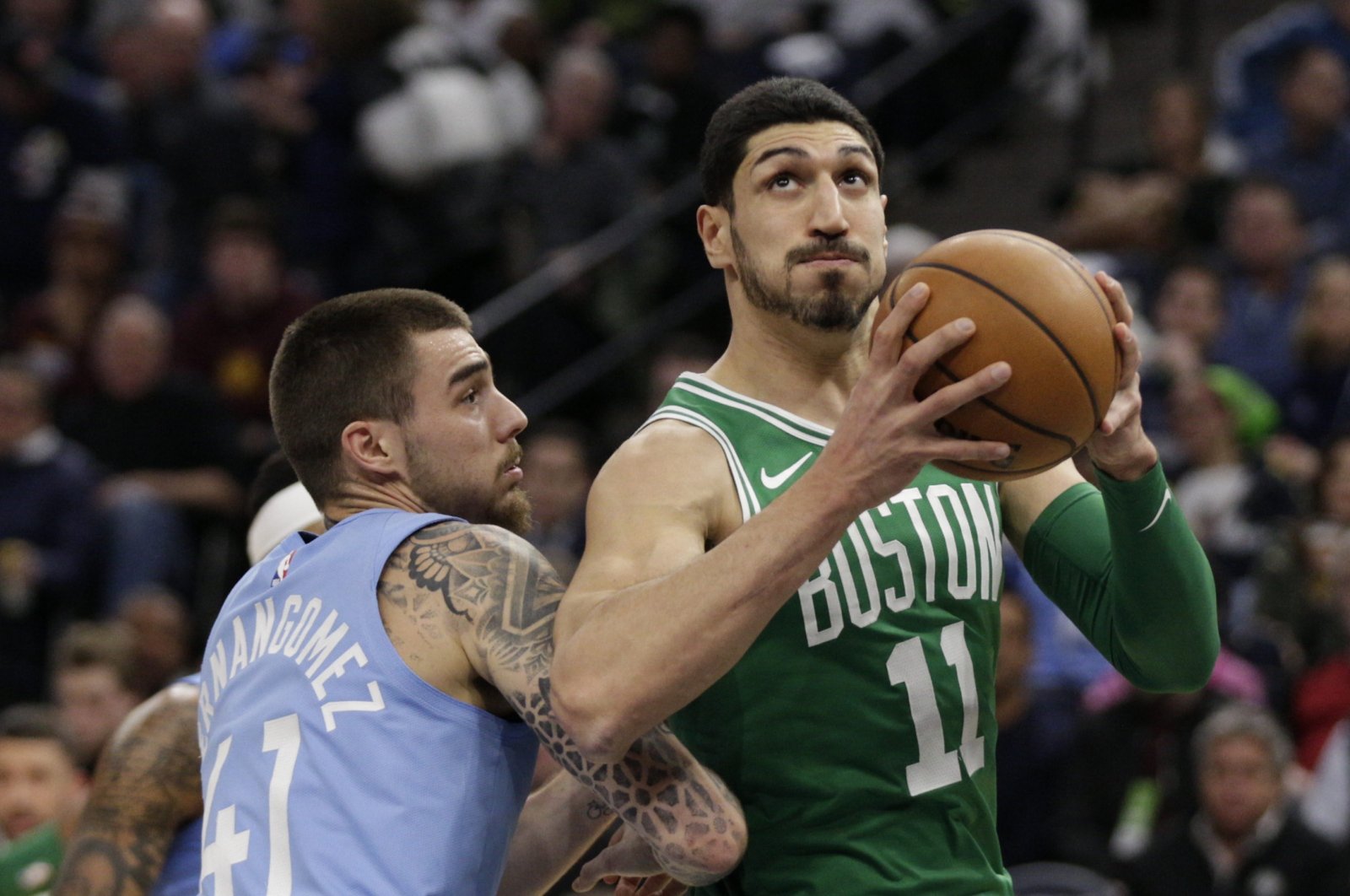 Israeli envoy Gilad Erdan recently shared a photo with FETÖ supporter Enes Kanter and hailed the NBA player, who had previously written a letter that included an anti-Semitic slur.

"This week I met with @EnesKanter, one of the NBA's best players who has paid a high price for speaking out against Erdogan. We spoke about cooperating in the fight against #Antisemitism and promoting a basketball camp for Jews and Muslims in Israel," Erdan said on Twitter.

Turkey's Ambassador to the U.S. Serdar Kılıç responded by criticizing the Israeli envoy for welcoming and supporting Kanter, who is known for his open support for FETÖ and is sought with an international arrest warrant by Turkish prosecutors.

"Given the warm welcome and support you @giladerdan1 granted to his mouthpiece, should people of Israel conclude that you also share his master's ill views on Jews? Will this be the basis of cooperation you publicly pledged to engage with him "against #antisemitism"? What a shame," Kılıç said on Twitter.

Meanwhile, the Permanent Mission of the Republic of Turkey to the U.N. also criticized Erdan for meeting with Kanter.

"It did not surprise us that the representative of Netanyahu met with a sponsor and spokesperson of a terrorist organization," the statement read, adding that everyone who cooperates with the FETÖ and PKK terrorist groups lacks any sense of shame.

"The fight against terrorism and extremism requires dignity and honesty," the statement added.

Four years ago, Kanter wrote a letter about his devotion to FETÖ, which included an anti-Semitic slur. In the letter, Kanter called the opponents of the terrorist group "Bagratuni apostates," a reference to the Bagratuni dynasty, a royal family of Armenia that ruled many regional polities of the medieval Kingdom of Armenia. The Bagratuni people were, according to some historians and authors, including Turkish-Armenian writer Levon Panos Dabağyan, a Jewish-origin group who had to hide their real identity to protect themselves from anti-Semitic oppression.

Kanter had previously announced that he severed ties with his biological father after the latter denounced him publicly for his membership in the terrorist group. Kanter tweeted that he viewed Fetullah Gülen, the leader of FETÖ, as his father, even going so far as signing a tweet as "Enes Kanter Gülen."

A hardline member of FETÖ, Kanter has an arrest warrant waiting for him in Turkey for membership in a terrorist group.

Kanter is also accused of funding FETÖ, which is already implicated in a string of crimes, from the 2016 coup attempt that killed 251 people, to illegal wiretapping and money laundering.

Like the case with other FETÖ and terrorist suspects, Kanter's passport was canceled, and this led to the rejection of his entry to Romania, where he had planned to visit on a promotional tour last year.