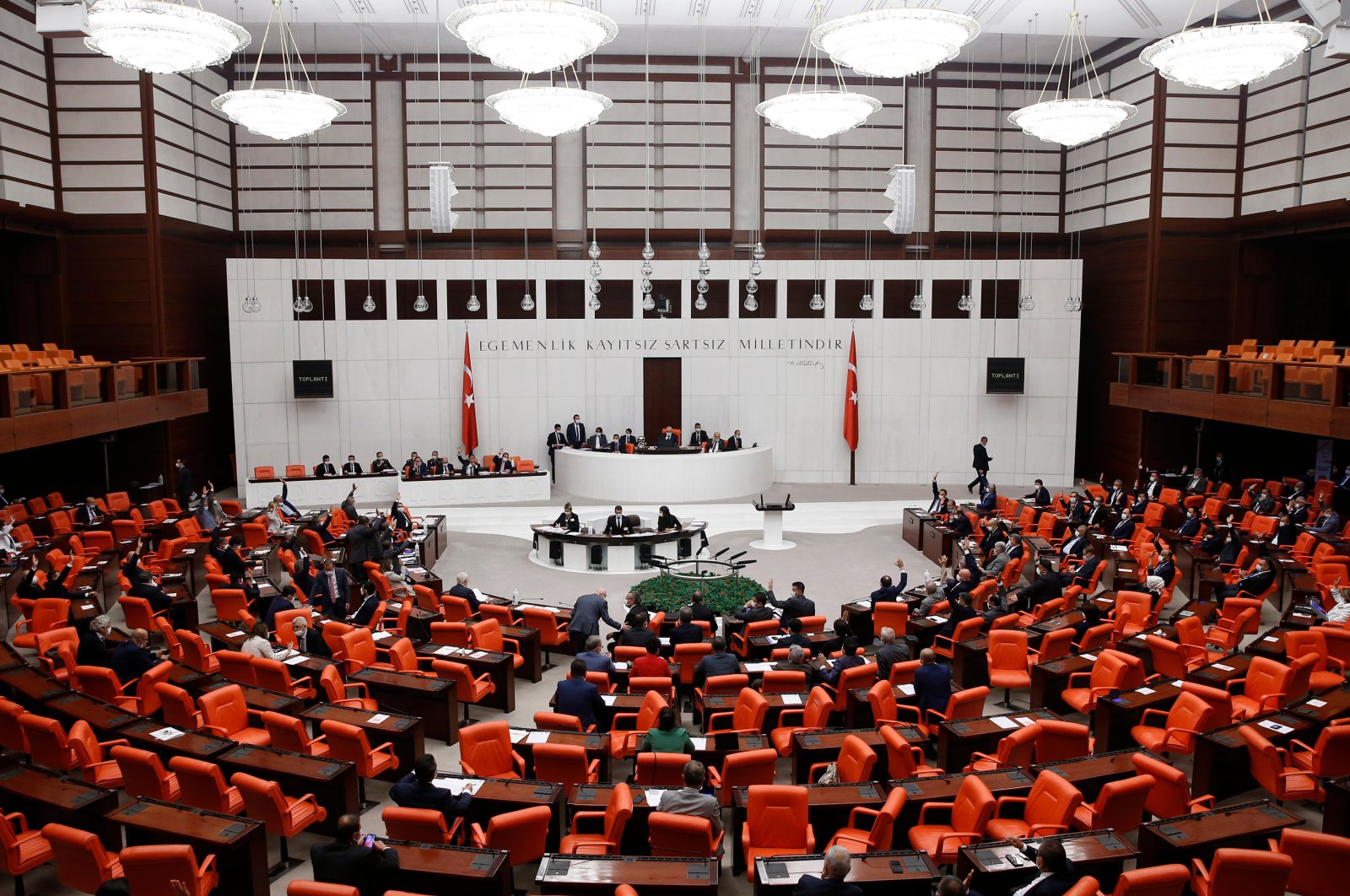 “As the Grand National Assembly of Turkey, we strongly condemn Armenian armed forces’ attacks in Azerbaijan’s Tovuz region,” the statement read, adding that Armenia is “on the wrong path.”

The joint statement noted that Armenia’s aggressive stance is a huge obstacle in the way of establishing permanent peace in the Southern Caucasus region.

Parliament also urged the global community to react against Armenia’s unlawful acts in the region.

“We reiterate our support to resolve the Nagorno-Karabakh issue through peaceful means and under the scope of Azerbaijan’s internationally recognized borders and territorial integrity,” the statement said, adding that Armenia needs to abide by U.N. Security Council and Organization for Security and Co-operation in Europe (OSCE) decisions and withdraw from Azerbaijani territory.

"Turkey, with all its capabilities, will continue to side with Azerbaijan in its struggle to ensure its territorial integrity," it added.

Addressing reporters after Friday prayer in Istanbul, President Recep Tayyip Erdoğan also said Turkey will not leave Azerbaijan alone in the face of Armenia’s recent aggression and accused the OSCE Minsk Group of leaving the issue of Nagorno-Karabakh on the table without an effort for resolution.

The OSCE Minsk Group was created in 1992 to encourage a peaceful, negotiated resolution to the conflict between Azerbaijan and Armenia over Nagorno-Karabakh. The Minsk Group is headed by a co-chairmanship consisting of France, Russia and the U.S.

The recent rise in tensions was triggered when the Armenian army on Sunday attempted to attack Azerbaijani positions with artillery fire in the direction of the northwestern Tovuz border district, withdrawing after suffering losses following retaliation from the Azerbaijani military.

Twelve Azerbaijani soldiers, including a major general and a colonel, were killed in recent border clashes with Armenia that injured four others.

Despite international calls for restraint, Armenian troops also opened fire on nearby residential areas. A 76-year-old Azerbaijani man lost his life Tuesday in the attacks by Armenia, which Baku has accused of concealing losses.

Turkey's Foreign Ministry on Thursday slammed Armenia's attacks and its smear campaign against Turkey, saying in a statement, "This hypocritical attitude of Armenia, which has maintained an illegitimate occupation in the territory of Azerbaijan for many years, clearly and obviously reveals who is the main obstacle to the establishment of permanent peace and stability in the South Caucasus."

Azerbaijani President Ilham Aliyev described Armenia as a "fascist state," adding, "Armenian forces will not be allowed to cross Azerbaijan by a single centimeter and will never be able to."

Nagorno-Karabakh, an internationally recognized territory of Azerbaijan, has been illegally occupied since 1991 through Armenian military aggression.

Four United Nations Security Council and two U.N. General Assembly resolutions, as well as decisions by many international organizations, refer to this fact and demand the withdrawal of the occupying Armenian forces from Nagorno-Karabakh and seven other occupied regions of Azerbaijan.