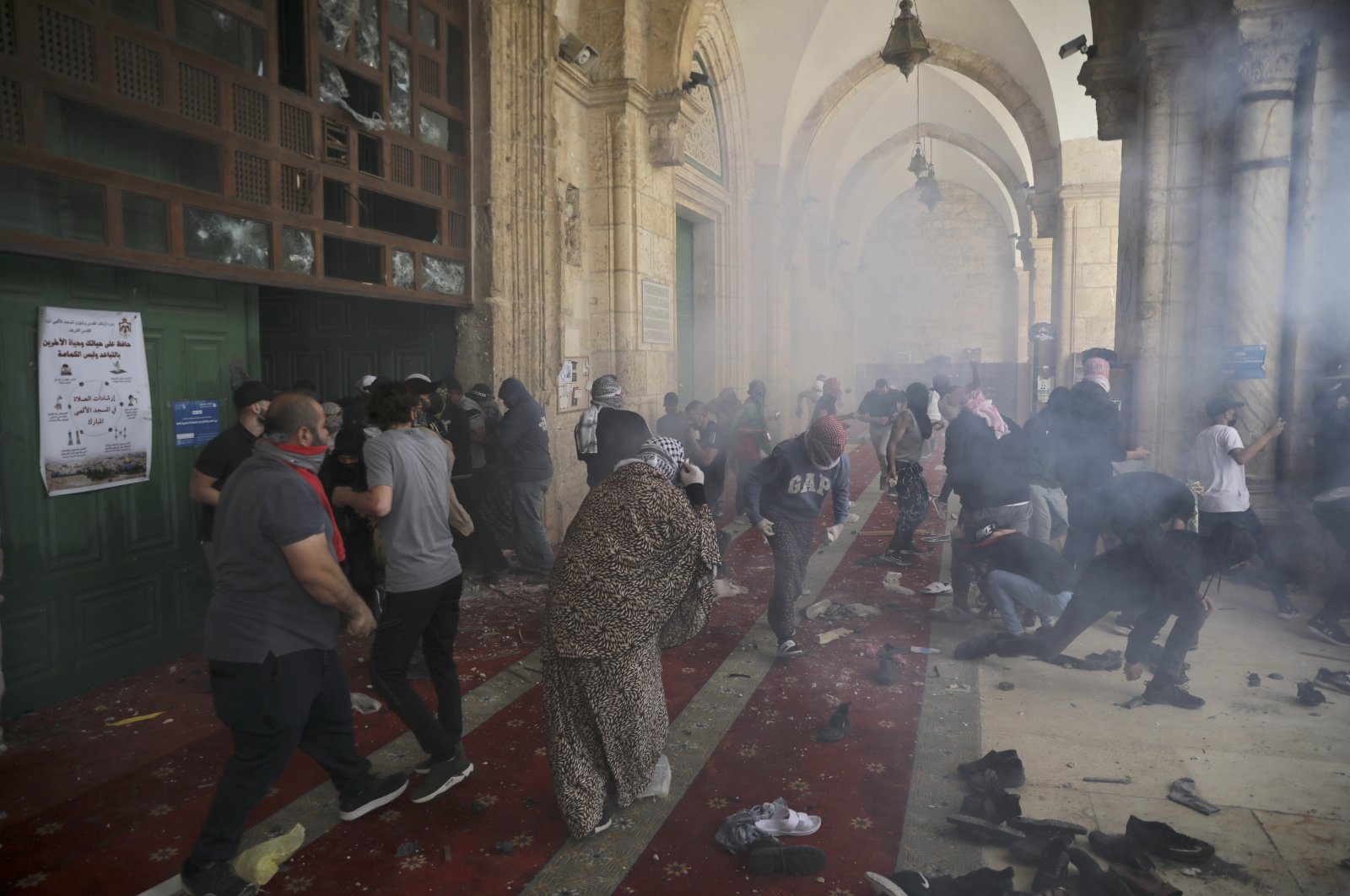 All five political parties in the Turkish Parliament condemned Israeli attacks against Palestinians in Al-Aqsa Mosque, in a joint declaration issued Monday.

Noting that Israel’s violence, repressive policies and attempts to obstruct freedom of worship of unarmed civilians in Jerusalem have taken on a worrying dimension on the eve of the Muslim holiday Ramadan Bayram, also known as Eid al-Fitr, the declaration strongly condemned the “oppression and lawlessness.”

The joint declaration also highlighted that Israel’s attempts to forcefully evict Palestinian families from their homes in Sheikh Jarrah and other neighborhoods in Jerusalem are inhumane and illegal.

They called on all international institutions, including the United Nations Security Council (UNSC) and U.N. General Assembly (UNGA), to stop Israel’s excesses in Jerusalem.

“As the Turkish Parliament, we declare that we will always continue to react to Israel’s aggressive actions aimed at eroding the status of Jerusalem and the Haram al-Sharif (Temple Mount), and (Israel’s) attempts to usurp the legitimate rights of the Palestinian people,” read the statement.

“We strongly declare that we will continue to defend the Palestinian cause and (support) the struggle of the brotherly Palestinian people for freedom, justice and independence.”

At least 305 people were injured when Israeli police stormed the Al-Aqsa Mosque complex in occupied East Jerusalem and attacked Palestinians who were on guard to prevent raids by extremist Israelis.

The latest aggression came after Israeli forces injured more than 200 Palestinians at the Al-Aqsa Mosque, which is the third-holiest site in the world for Muslims, and in the Sheikh Jarrah neighborhood on Friday.

Tensions have boiled over in occupied East Jerusalem amid the planned eviction of dozens of Palestinians from the Sheikh Jarrah neighborhood, which is located just north of the Old City.

Palestinians protesting in solidarity with the residents of Sheikh Jarrah have been targeted by Israeli forces and settler groups.