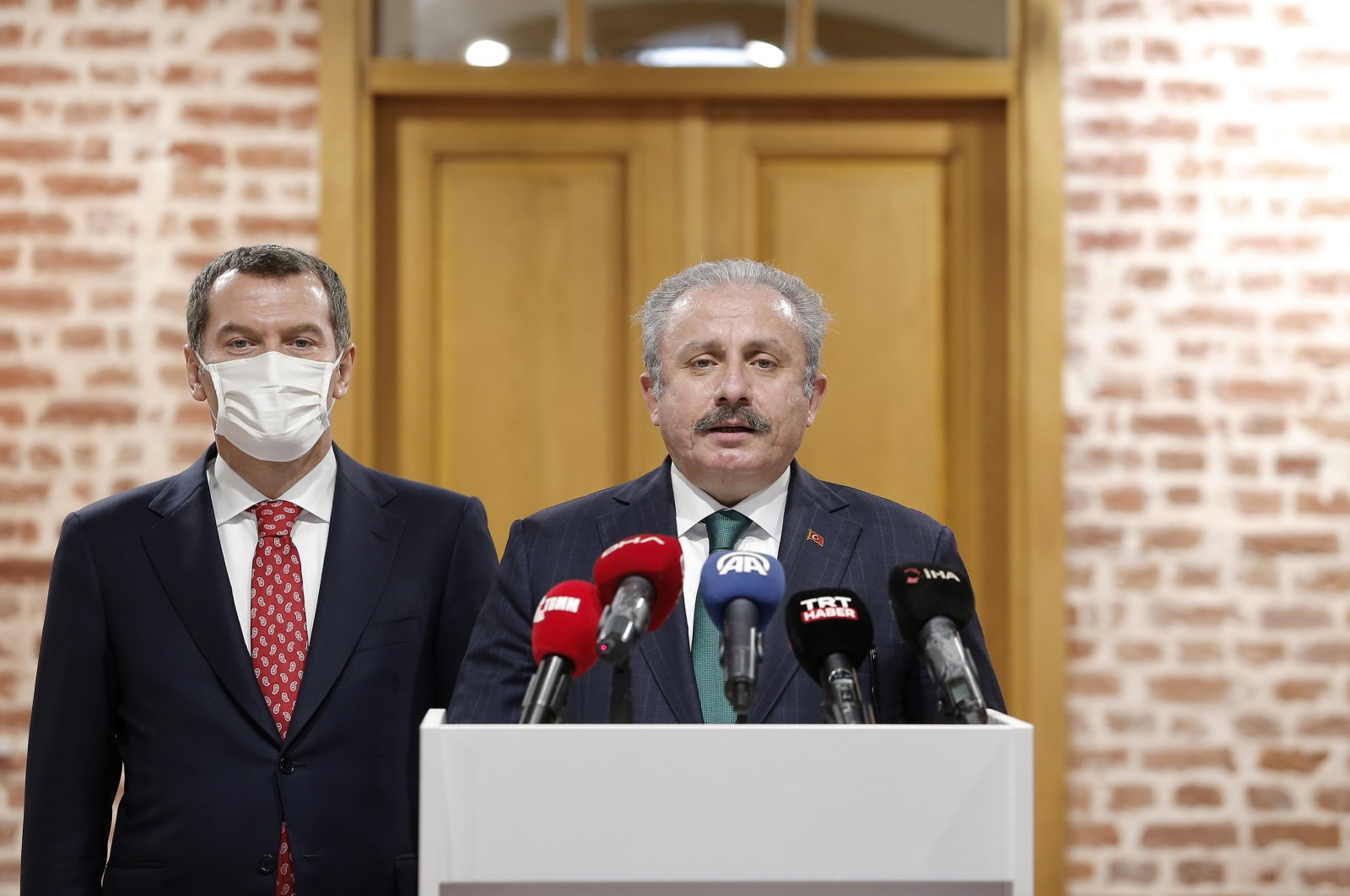 Turkish Parliament Speaker Mustafa Şentop speaks at a news conference at an exhibition in the Kazlıçeşme district of Istanbul, Nov. 7, 2020 (AA Photo)
by Daily Sabah with Agencies
Nov 07, 2020 2:23 pm

“What France has done is grave unlawfulness and banditry, which must be opposed not just by Muslim countries, but all countries and societies that respect the law and human rights,” Şentop told a news conference in Istanbul on Saturday.

He continued by saying that France should be held accountable for its actions and that the arbitrary detention and brutal treatment of 10-year-old children by French police violates legal conventions, including the European Convention on Human Rights.

Referring to recent developments and remarks in France against Islam and Muslims, Şentop added that such behaviors have worried the Islamic world for a long time.

On Thursday, four 10-year-old children, three Turks and a North African, were held under police detention for more than 11 hours in southeastern France's Albertville commune on charges allegedly related to "apology for terrorism," the father of one of the detained children said.

In order to determine whether or not they have any tendency to be radicalized, the children were allegedly interrogated for 11 hours at the station.

France recently launched an extensive witch hunt against the Muslim community following Macron calling Islam a problematic religion that needs to be contained. Many nongovernmental organizations (NGOs) and mosques have been shut down in the last two weeks, while assaults against Muslims have peaked.

Macron this month described Islam as a religion “in crisis” worldwide and said the government would present a bill in December to strengthen a 1905 law that officially separated church and state in France. He announced stricter oversight on schooling and better control over foreign funding of mosques.

The debate over the role of Islam in France, however, became more intense after the beheading of teacher Samuel Paty which prosecutors say was carried out by an 18-year-old Chechen who had contact with a terrorist in Syria.