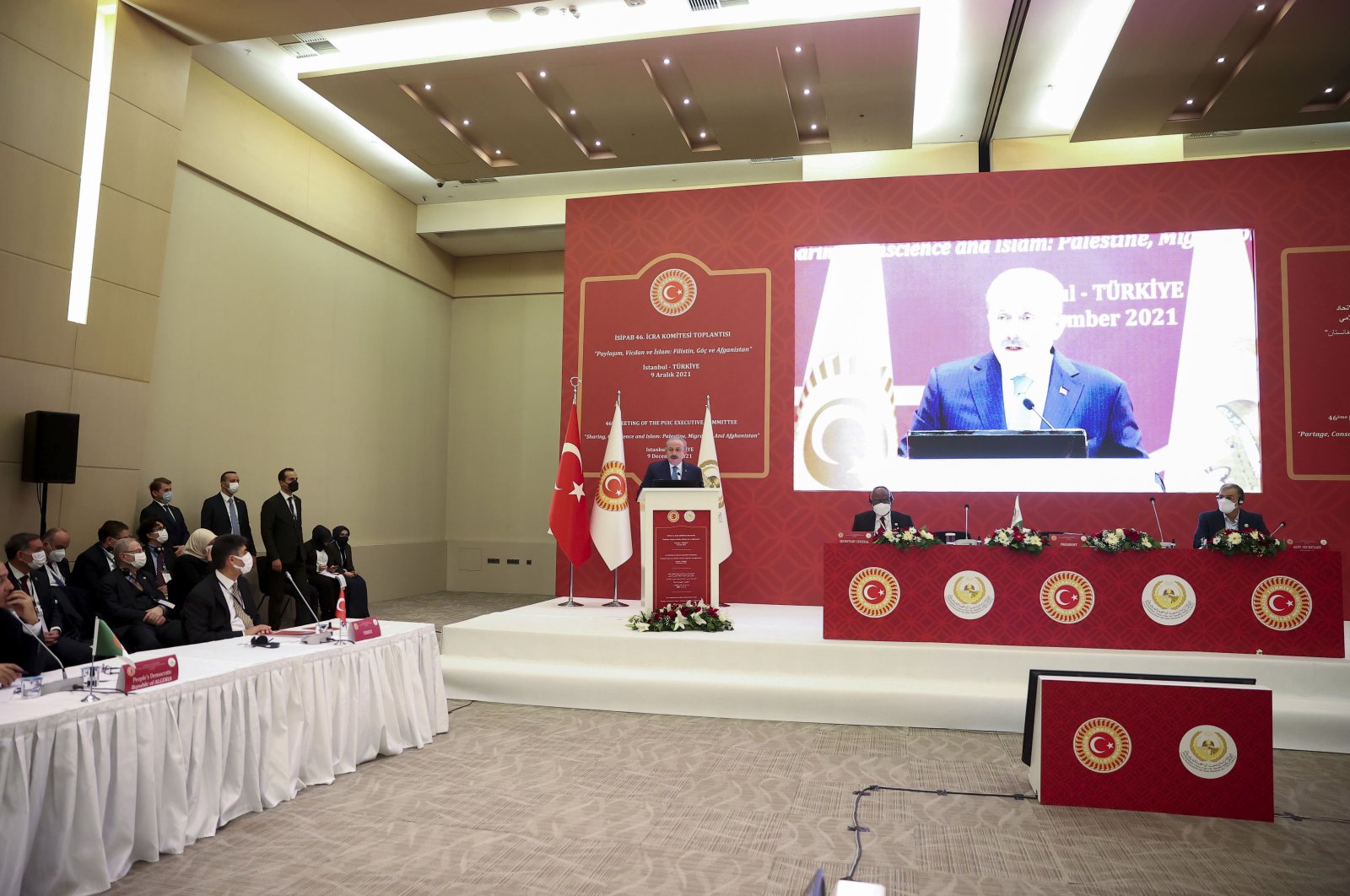 Muslims residing in countries that are not members of the Parliamentary Union of the Organization of Islamic Cooperation (OIC) are exposed to violence, persecution and violations of basic human rights, Parliament Speaker Mustafa Şentop said on Thursday, offering a special committee to draw attention to the suffering of Muslim minorities across the world.

Speaking at the 46th executive committee meeting of the Parliamentary Union of the OIC member states (PUIC) in Istanbul, Şentop said the world was moving towards a new global system and that the COVID-19 pandemic has accelerated the process, though existing actors are having difficulty in adapting to the new era.

Şentop said Ankara was glad to assume the new term presidency of the PUIC and that he was seeking to re-energize the body in a way that would be able to respond to new challenges by increasing its capacity.

He said it was PUIC’s responsibility to raise awareness regarding issues such as rising Islamophobia, xenophobia, intolerance and racism.

He proposed to set up a special committee under the PUIC to draw attention to the suffering of Muslim minorities across the world.

PUIC Secretary-General Mouhamed Khouraichi Niass, for his part, said the organization’s activities were not at the desired level due to the pandemic and that the executive committee gathered twice virtually since the coronavirus outbreak began.

Stressing that the Muslim world has witnessed a series of problems lately, he said the issue of Palestine is at the forefront as the Palestinians have been subjected to Israeli attacks, and Jerusalem and Masjid al-Aqsa are exposed to "more Judaization.”

He said that there were developments, both in the East and the West, that threatened the stability and security in the Muslim world, noting: "In this context, we need to approach all these matters with a new perspective and spirit."