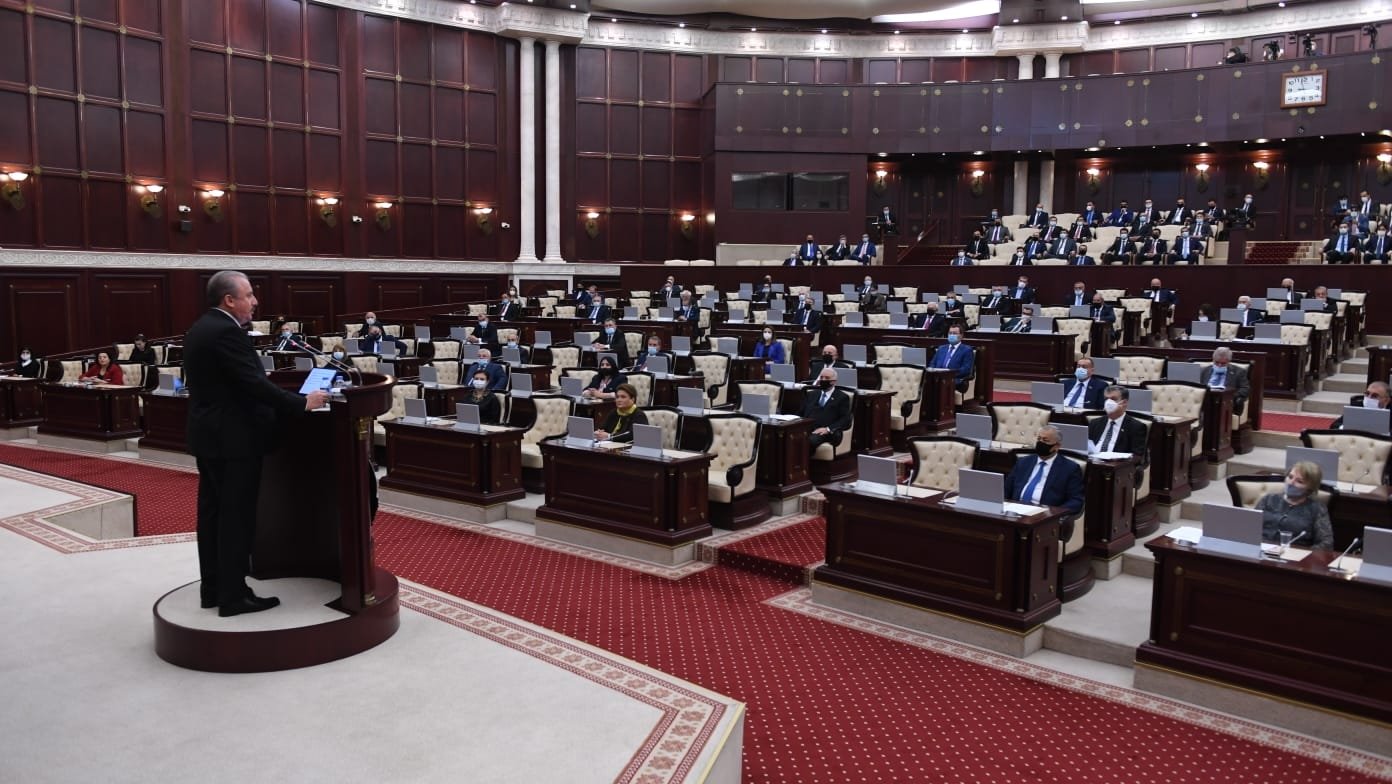 Turkish Parliament Speaker Mustafa Şentop has criticized Armenia's uncooperative stance in solving the ongoing crisis with Azerbaijan and said the country has become a regional problem.

"Armenia has become a regional problem and countries behind Armenia need to stop playing this dangerous game," Şentop told Azerbaijani lawmakers at the parliament in Baku. He also criticized Yerevan for targeting innocent civilians.

He accused Armenia of turning the conflict into a deadlock over the years with its uncooperative behavior.

"The OSCE's Minsk Group is brain dead. It has failed to come up with a sustainable solution to the conflict on multiple occasions," Şentop said, noting that the trio, made up of the U.S., France and Russia, are ineffective.

"Deadlock in the Caucasus will continue as long as Armenia continues to occupy Nagorno-Karabakh and surrounding areas," he added.

Highlighting Azerbaijan's conciliatory stance, Şentop said Armenia has not made any proposal to solve the ongoing crisis.

"If its demands for solution are real, Armenia should express its own proposal, since Azerbaijan has always been vocal about its proposals," he told the lawmakers.

The Turkish Parliament speaker ended his speech by reiterating Turkey's support for Azerbaijan.

"We will be in solidarity with Azerbaijan until victory is achieved," he said, adding that "Nagorno-Karabakh belongs to Azerbaijan."

Şentop arrived in Baku on Sunday along with a delegation of deputies from several parties. Turkey’s Parliament speaker met Azerbaijani President Ilham Aliyev on Monday, before meeting his counterpart and other high-level officials.

Armenia and Azerbaijan agreed to a new cease-fire, which was supposed to have come into force at midnight Sunday. It again failed to hold on Monday as Yerevan engaged in renewed violations.