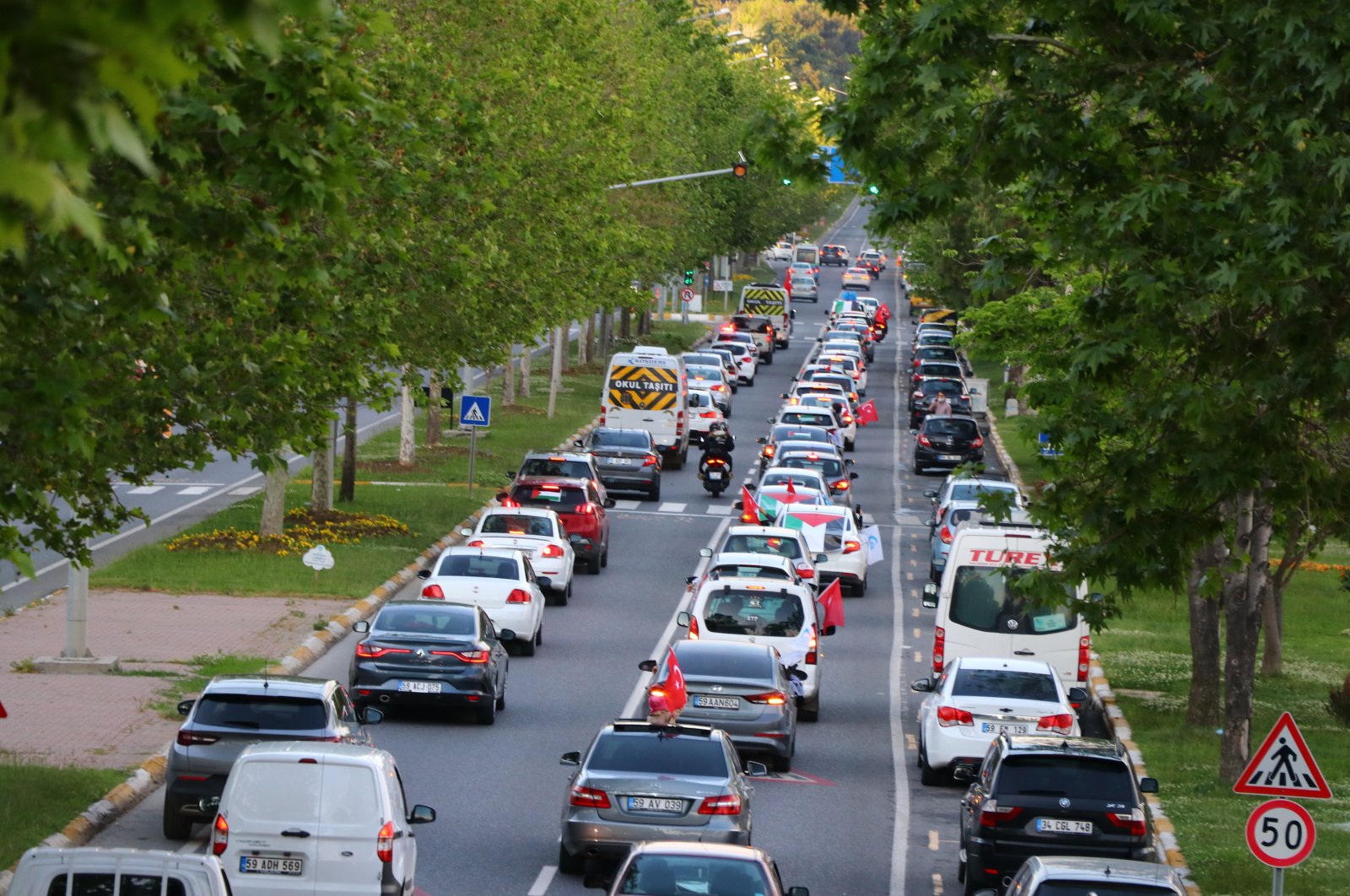 Activists and supporters in Turkey's Tekirdağ province attend a convoy against Israeli aggression targeting Palestinians, May 18, 2021. (AA Photo)
by Anadolu Agency May 19, 2021 10:31 am

Hundreds of people took to the streets in protest of Israel’s violence against the Palestinians, as convoys were organized in Ankara, Istanbul and other cities in support of Palestine.

Another convoy in Istanbul toured in the Asian and European areas of the city while waving Palestinian flags.