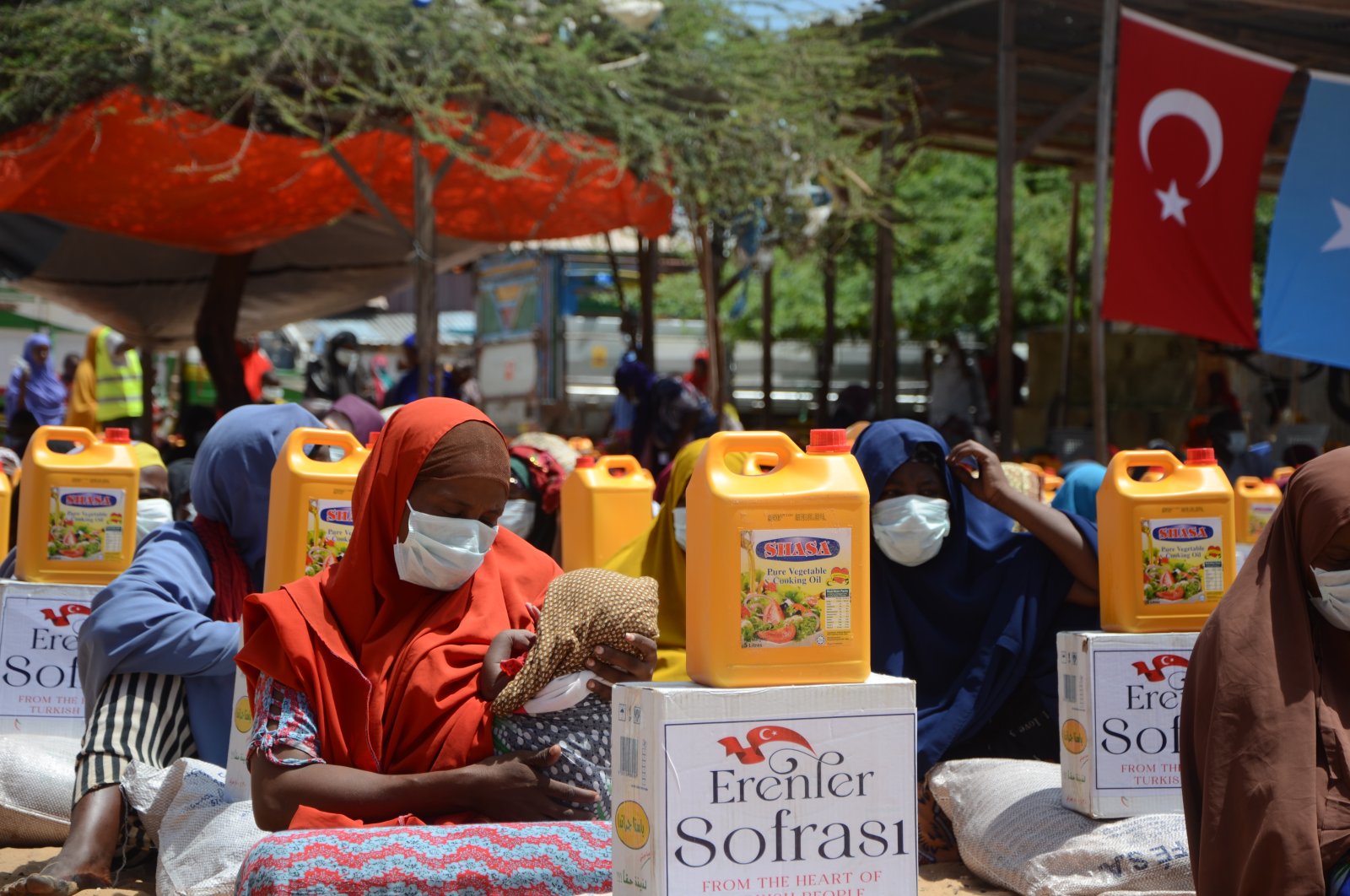 The Turkish Red Crescent (Kızılay) on Sunday distributed a total of 1,420 food packages to people in need in the African nation of Somalia.

A total of 1,420 food packages, including 420 in KM4 area in the Hodan district in the capital Mogadishu, Orhan Kökçü, the organization's head in the East African country, told Anadolu Agency (AA).

Over 500 packages were distributed in the Laanta Hawada village in the port city of Bosaso and a further 500 in the town of Gaykayo in the Mudug region.

"The Turkish Red Crescent will complete the distribution of food parcels in the coming days, but continue to work on routine humanitarian aid activities," Kökçü said. Preparations have also begun for activities during the Eid al-Fitr festival, he added.

The charity has intensified its work during the holy month of Ramadan.

Relations between Turkey and the Horn of Africa nation have been historically strong and picked up pace after President Recep Tayyip Erdoğan made an official visit in 2011, the only visit by a non-African leader to Somalia in 20 years.

Turkey has also continued its support to Somalia with humanitarian aid in the health, education and security sectors. Turkey's vast aid effort at the height of the 2011 famine endeared the country to many Somali people, and it has continued to pour in aid, much of it from private companies. Turkish organizations have also built schools, hospitals and infrastructure and have provided scholarships for Somalis to study in Turkey.

As the Turkish Armed Forces (TSK) has extensive experience fighting terrorists, Turkish training of the Somali military is helpful in countering Somalia's own terrorist threats. Turkey’s biggest overseas military training base, which was inaugurated in 2017, is located in Somalia and is also among the largest foreign-run military centers in the country.