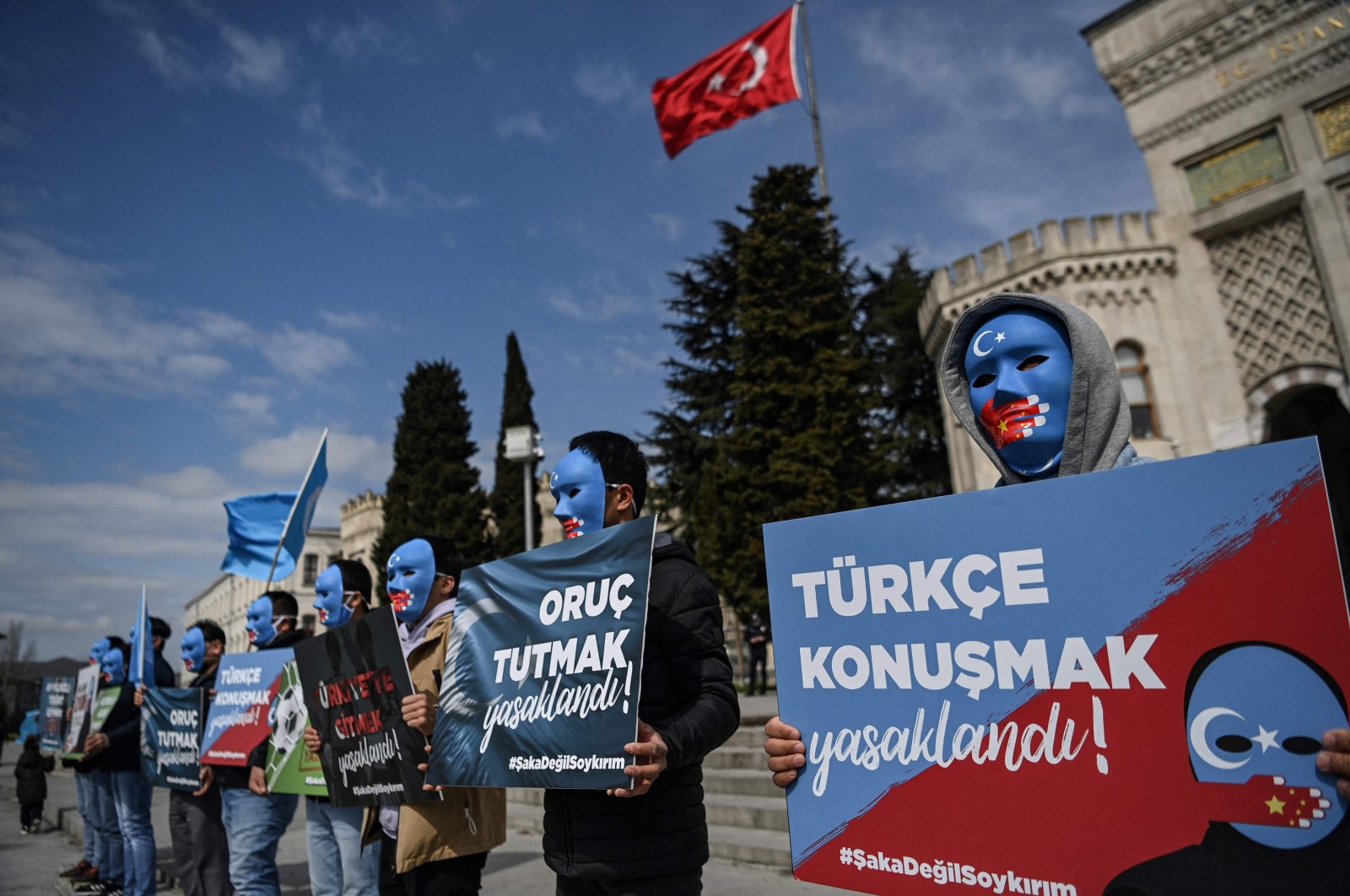 China should halt its human rights abuses, forced labor and violence against Uyghur Turks, a Turkish human rights official said Tuesday while adding that this approach will not bring peace to the country.

Süleyman Arslan, chairman of the Human Rights and Equality Institution of Turkey, told Anadolu Agency (AA) that negotiating problems and tending to neglected issues does not harm anyone while finding mutual solutions for problems faced by all citizens is beneficial for everyone.

"This applies to Turkey, China, every country. It's important to find mutual solutions. But unfortunately, people aren't willing to get to that point," he said.

"There are two basic problems regarding human rights in the world. One is disrespect of cultural differences and the other is the issue of double standards, insincerity," Arslan said.

"What we can say about China is that they don't want the Muslim population to grow, as we can observe because we see that their mosques are being demolished."

He noted that it is no secret that people are fleeing China.

"I met a person here, for instance. After learning that he would be taken (to the camps by Chinese forces), he escaped immediately, leaving his wife and children."

Arslan said he hoped to see conditions in China improve.

"Just like China tried to fix its reputation with beautiful images and scenes showing people strolling down the streets after the COVID-19 pandemic ... we want to see beautiful scenes from East Turkestan. We want to see mosques being built, news of the Muslim population's new sense of happiness there being shared."

Underlining that China's attitude towards the Uyghurs was a gross violation of human rights, Arslan said, "this kind of approach doesn't bring peace or happiness to a country. No country can attain prosperity through violence against other communities."

The Human Rights and Equality Institution is an Ankara-based semi-judicial institution founded in April 2016. It acts to protect and improve human rights and combat discrimination based on 15 criteria, including race, gender, age, language and belief, and combat torture and abuse.