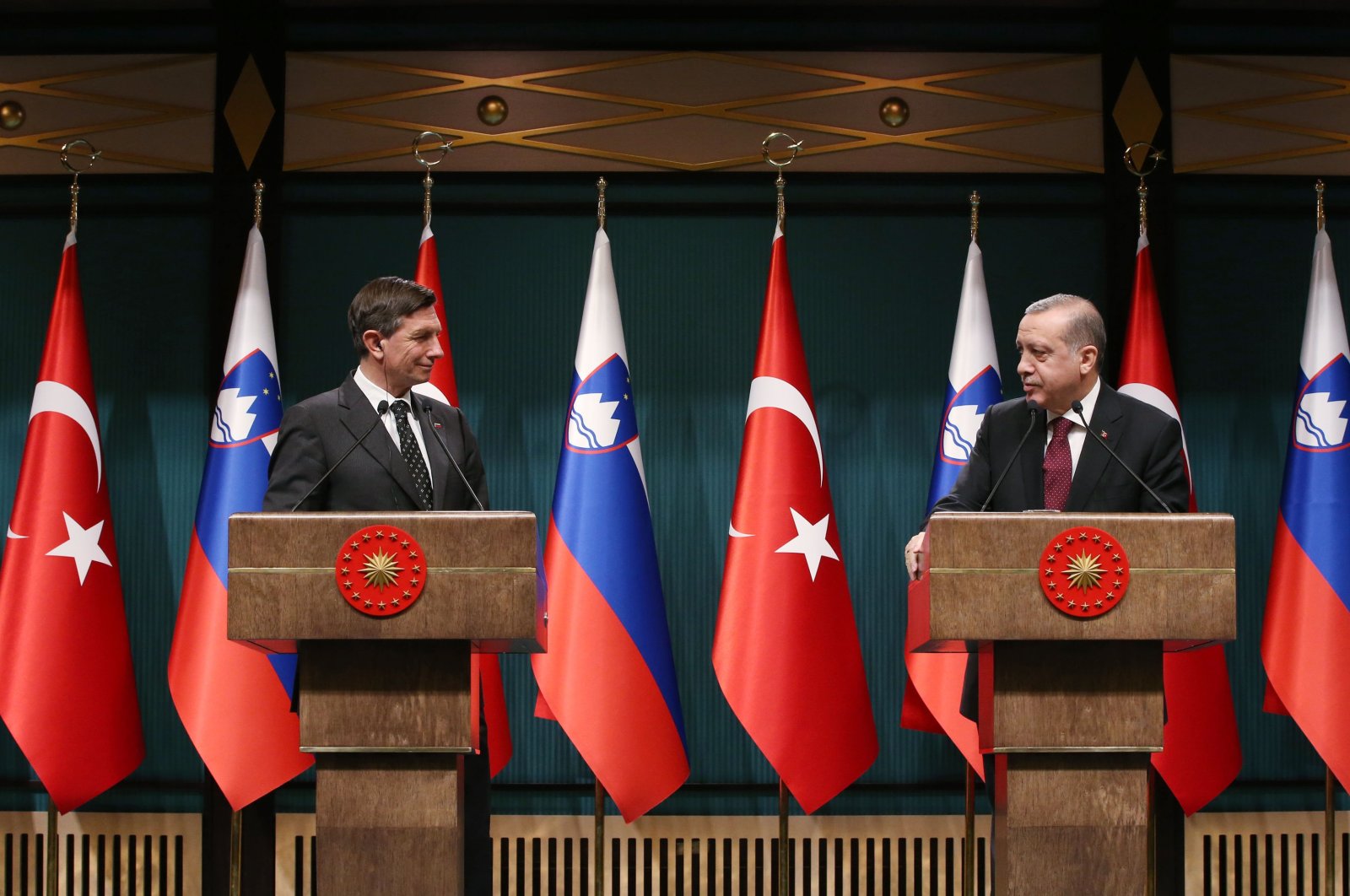 During the conversation, Erdoğan marked the 10th anniversary of the Strategic Partnership Agreement between the two countries.

He also underlined that economic and trade relations between Turkey and Slovenia, which have gained momentum in recent years, have greater potential than their current levels.

Erdoğan also thanked Pahor for his country's support for Turkey's EU accession bid and expressed hope that Slovenia's upcoming EU term presidency, slated to start as of July 1, would contribute to the process.