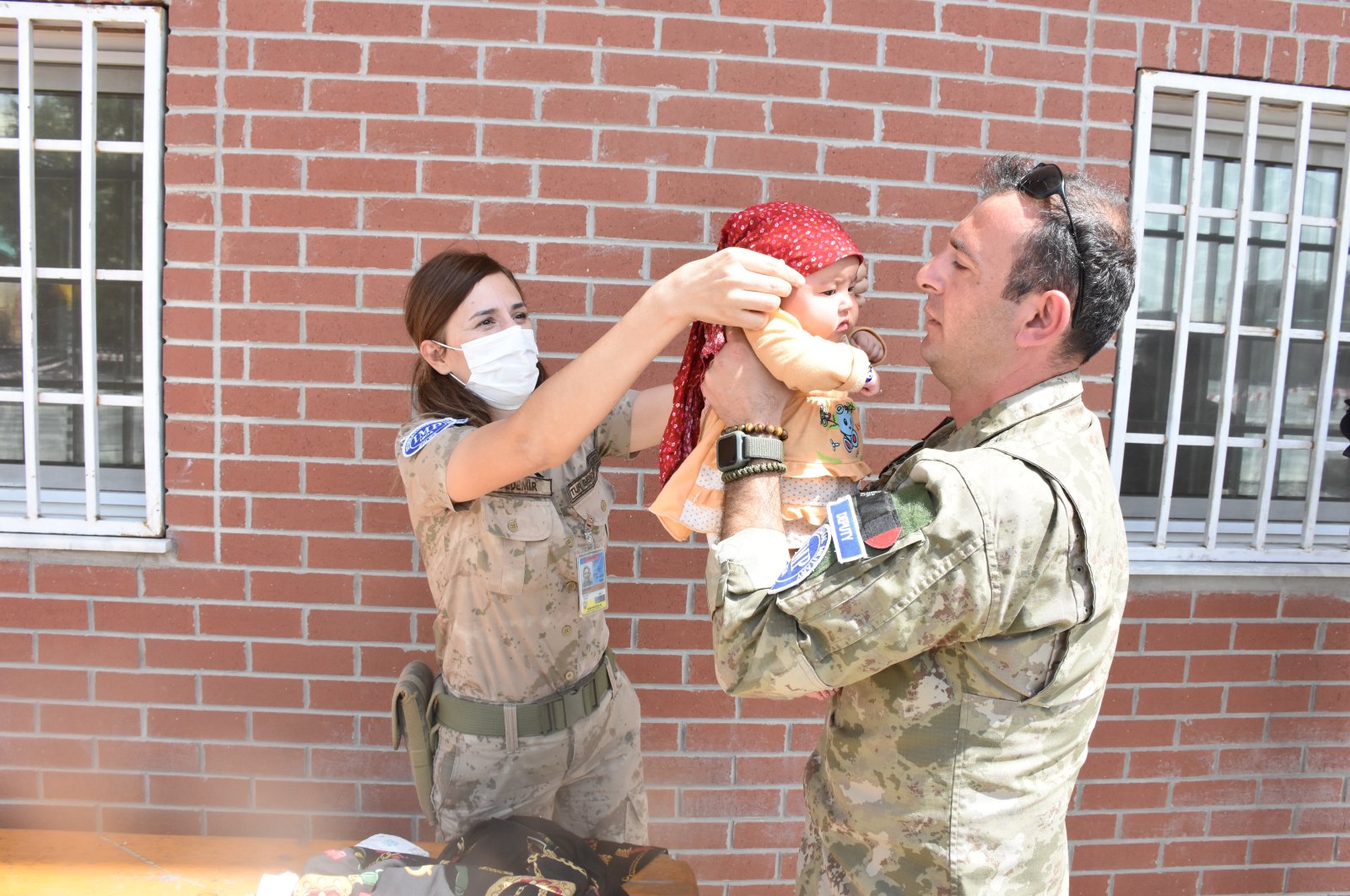 Turkish security forces serving at Kabul Hamid Karzai International Airport in Afghanistan are setting an example to the world by extending a helping hand to everyone in need in the region where images of desperation are being seen across the world. In one such act, Turkish soldiers took care of a 2-month-old baby who was separated from her mother in the turmoil at the airport.

The hopeful wait around Kabul airport continues for those who want to leave the country after the Taliban took control. Thousands of people, including women and children, spend the night at the airport checkpoint waiting for evacuation procedures to be completed.

While thousands of people at the control gates are waiting under difficult conditions to be evacuated from the country, the Turkish security forces at the airport are setting an example to the world by extending a helping hand to those in need. Turkish soldiers, who distributes water and food to those who are waiting, are also taking an interest in the evacuation process.

In the turmoil around the airport, Farista Rahmani was separated from her 2-month-old baby Hadiya Rahmani and her husband Ali Musa Rahmani.

Since the baby's belongings remained with the mother, the Turkish military extended a helping hand to the father, who was waiting in despair at the northern gate within the military line.

The Turkish soldier, who brought the father and the baby to the safe zone, cleaned the baby's bottom and fed her. The baby was later handed over to her father.

The Taliban's offensive began in earnest in May this year, when United States President Joe Biden announced a full withdrawal of U.S. troops. The armed group retook a majority of the countryside, but in the last week and a half, it established its control over all major towns and cities in a rapid and stunning military offensive that caught the international community by surprise.

In a dramatic turn of events that brought an effective end to the 20-year-old war, the Afghan military collapsed in the face of the Taliban's lightning offensive and so too did its government in Kabul under former President Ashraf Ghani, who fled the country Sunday and is now in the United Arab Emirates.

The armed movement's military victory Sunday prompted a chaotic and frenzied evacuation of all foreign nationals belonging to the U.S., the United Kingdom and NATO countries in Afghanistan with helicopters shuttling nationals from embassies to the airport.

Afghans also flooded the airport, desperate to flee the country as uncertainty over how the Taliban will rule increases. Many civilians have died attempting to flee by clinging onto aircraft, only to later plummet to their deaths. Others died after suffocating due to stampedes at the departure terminal.