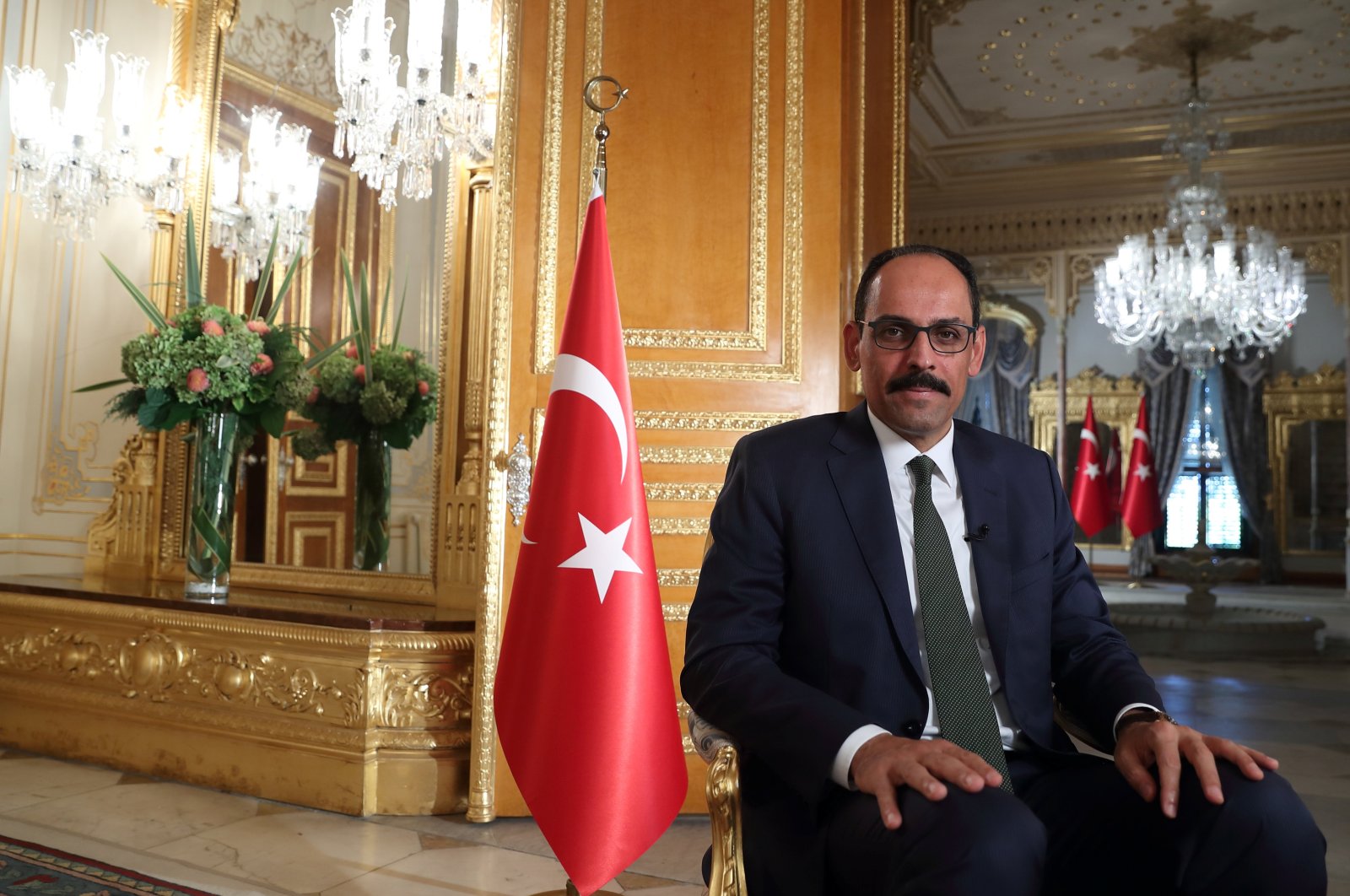 Emphasizing the importance of a diplomatic solution between Baku and Yerevan over the occupied region of Nagorno-Karabakh, Turkey's presidential spokesperson Ibrahim Kalın told U.S. national security adviser Robert O'Brien that cease-fire violations by Armenia and its attacks on civilian populations were unacceptable and contrary to international law, according to a statement released by the presidential office.

Kalın reiterated Turkey's position that in order for there to be a permanent and sustainable solution, Armenia must completely withdraw from the territories occupied in and around Nagorno-Karabakh that are internationally recognized as part of Azerbaijan.

He also noted that the international community should take concrete steps to ensure the territorial integrity of Azerbaijan under the decisions of the U.N. Security Council and the Organization for Security and Cooperation in Europe (OSCE).

Though Azerbaijan agreed to a fresh humanitarian cease-fire to exchange prisoners and bodies, Armenian forces broke the truce only minutes after it was supposed to take effect, the Azerbaijani leader said Monday, marking the third instance of Armenia breaking the commitment in less than a month.

World powers, including Russia, France, and the U.S. have called for a lasting cease-fire. Turkey, meanwhile, has supported Baku's right to self-defense and demanded the withdrawal of Armenia's occupying forces.

Expressing concern over increasing attacks by Syria's Bashar Assad regime and its supporters on the war-torn country's northeastern Idlib region, Kalın said to prevent fresh crises from erupting the latest truce, reached on March 5, should be upheld and the political resolution process should be supported through ongoing efforts to draw up a new constitution.

On March 5, President Recep Tayyip Erdoğan and Russia's Vladimir Putin announced they had reached a cease-fire agreement in Idlib between the opposition and regime forces.

On Monday, airstrikes by Assad regime's ally, Russia, killed 78 members of the opposition forces in northwestern Syria, in the bloodiest surge of violence since the truce was brokered almost eight months ago.

More than 90 others were wounded when Russian warplanes targeted a training camp of the Faylaq al-Sham faction in the Jabal Duwayli area in Idlib, said the Syrian Observatory for Human Rights.

Observatory head Rami Abdel Rahman described Monday's strikes near the Turkish border as the "deadliest since the cease-fire came into force."

He also said the Russian air raids against the opposition marked the bloodiest day since Moscow's military intervention in Syria in 2015.

In May 2017, Turkey, Russia and Iran announced that they had reached an agreement to establish a de-escalation zone in Idlib, as part of the Astana talks on Syria.

Despite subsequent agreements having concluded for the cease-fire in Idlib, the regime forces and their allies continued their attacks on the region.

Since January 2019, the attacks have killed more than 1,800 civilians and displaced more than 1.94 million people who fled to relatively calm areas or close to the Turkish border.