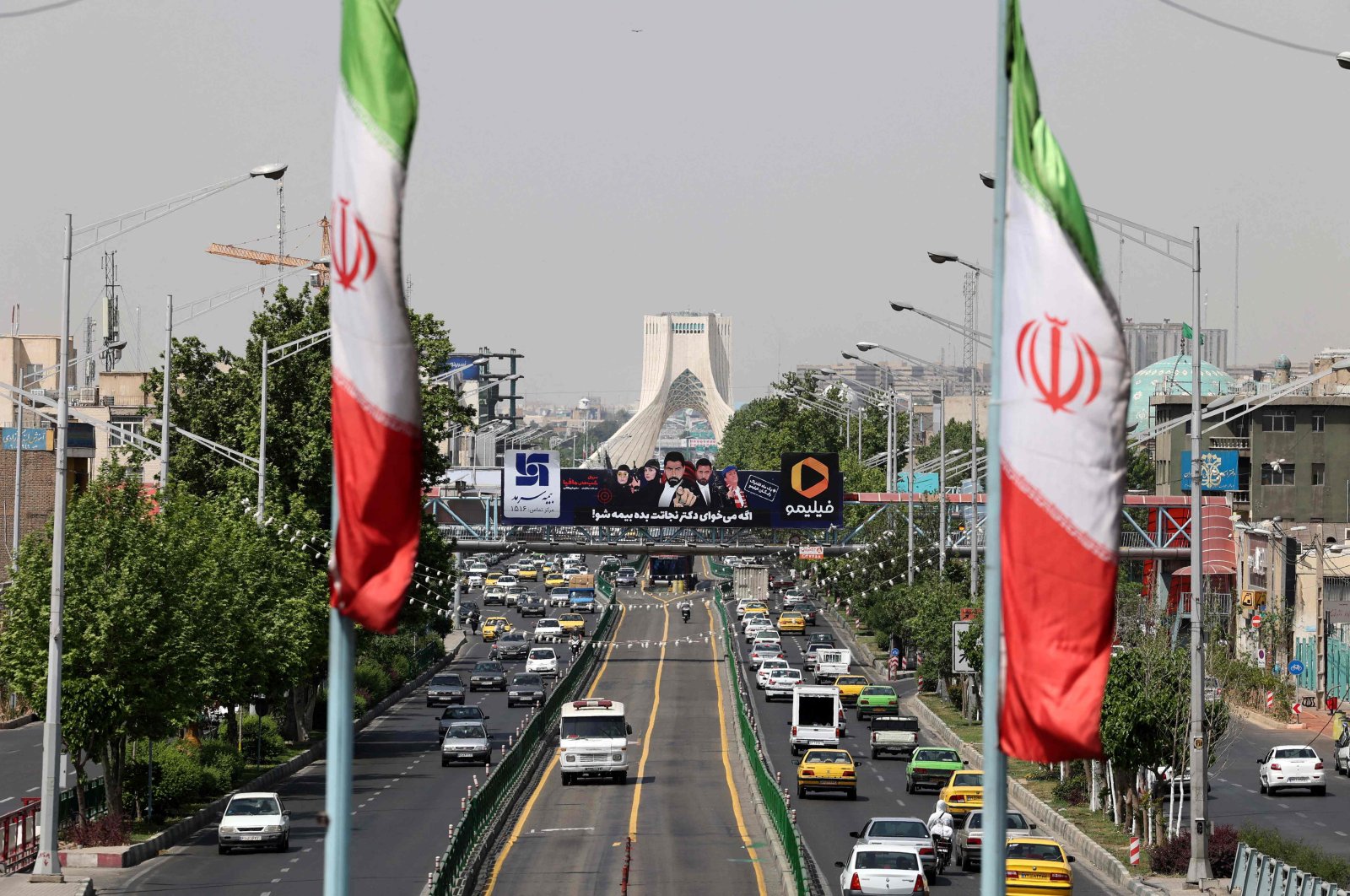 The Turkish community in Iran bashed the state-run Islamic Republic of Iran Broadcasting (IRIB) for insulting Turkish poet Fuzuli in an educational broadcast.

Due to the coronavirus pandemic, education has continued remotely in Iran, as in many parts of the world, particularly through educational broadcasts on IRIB. The lesson of a teacher who teaches literature as part of university preparation classes on April 25 on Iranian state television about Fuzuli sparked reactions from the Turks in the country.

During the lesson, the teacher said, "Fuzuli did not take his pseudonym (Fuzuli, which means nosy in Persian) for no reason. He sniffed into the works of Persian poet Saib Tabrizi, and what Saib wrote, Fuzuli took it as his own poetry on the 'Turkish Divan.'"

Although it is known that Saib Tabrizi was born about 40 years after Fuzuli, the Iranian teacher's use of such statements about Fuzuli caused reactions.

Mehmet Rıza Heyet, an Iranian academic at Ankara University's Faculty of Language, History and Geography, reacted to the use of insulting words against Fuzuli and said that such irresponsible behavior negatively affected the unity of the country.

One day after the incident, Iranian state television released an apology message regarding the issue, but it was not enough to relieve the aforementioned reactions.

With the issue still fresh in mind, a day later, in the elementary school curriculum published on the state television, it was asked: "What are the characteristics of the Turkish administrators in the past?" The correct answer was the expression: "Bedouins wandering in the desert."

Heyet told Anadolu Agency (AA) about the issue, "Insulting Turks through state-owned institutions or media outlets damages the unity of the country."

Referring to the importance of Fuzuli in the eyes of the Turks in Iran, he said that in the middle of the 19th century, when the printing house was established in the country, Fuzuli's "Turkish Divan" and "Leyla and Mecnun" were published 14 times in a short time in the Tabriz printing house. Pointing to the low rate of literacy in those years, Heyet stated that the widespread publication of Fuzuli's books at that time demonstrated the importance given to the Turkish poet by the people of the regions where Turks were in the majority in Iran.

"Fuzuli is a Turkish poet highly valued in the Iranian-Azerbaijan region. Just as Ali Şir Nevai became famous among the eastern Turks in the 16th century, Fuzuli was famous among the western Turks. Fuzuli has written works in Arabic, Persian and Turkish. His most powerful works are in Turkish. Before modern education was introduced, Fuzuli's works were read as a textbook in Turkish cities like Tabriz. Until the 1979 revolution, Fuzuli's 'Turkish Divan' was found in almost all houses in Turkish regions in Iran," Heyet continued.

Expressing that the Iranian regime systematically insults Turks on the basis of Persian nationalism, the academic said: "In Iran, the prestige of the Turks in the country is targeted by the state organs. In this way, a systematic assimilation activity is carried out. Thus, the Persianization of the society is aimed."

Heyet stated that in the textbooks published by the state, in the last 1,000 years Iran has always emphasized the expressions of "slave Turks," "foreign Turks" and "wild Turks."

"The policy of assimilation in Iran is covered in different ways in state channels, cinema and children's programs and newspapers. Since Turks ruled the state in Iran for 1,000 years, the biggest pressure (of assimilation) is applied to the Turks. They constantly insult the Turkish-speaking people to shake their prestige. In a sense, they want to force people to use Persian alone, which is the dominant and prestigious language. Insulting Fuzuli is also part of this chain."

Drawing attention to the timing of the insulting incident, Heyet stated that the incident in question may have been made to heat the atmosphere of the presidential election that will be held in June and to attract the people to the ballot box.

He said: "Presidential elections are coming soon. The biggest concern of the Iranian administration is the low turnout rate. Social engineering plans may be made to exacerbate the election atmosphere and increase turnout by this method. (Due to this insulting incident), the Turkish electorate in Iran will come to the ballot box, while a Turkish candidate from among reformists will weaken reformists and strengthen conservatives."

Reiterating that the statue of Ferdowsi was erected in some squares with the rise of Persian nationalism in the administration after a period of revolution in Iran, Heyet said, "In the regions where Turks are the majority, the people opposed this practice at the time and demanded that Fuzuli's statue be erected instead of Ferdowsi."

Iranian Qashqai Turk poet Ayvazullah Seferikeşkülli also said that the insults against Fuzuli are a kind of racism that aims to highlight Persians as superior.

Referring to Fuzuli's poems and his value in the eyes of Iranian Turks, Seferikeşkülli said: "Fuzuli is a very important and valuable poet for Iranian Turks and researchers with his poems containing wisdom. Behind the insulting of our lore poet Fuzuli on Iranian state television lies a kind of racism aimed at showing the Persians as superior. This approach is never acceptable."

Pointing out that the Iranian regime emphasized Persian nationalism and imposed Ferdowsi on ethnic communities such as Turks, Arabs and Kurds living in the country, Seferikeşkülli said: "Ferdowsi and Fuzuli have become political symbols in Iran. The Iranian administration is imposing Ferdowsi on society with a political attitude."

This is not the first time that the Iranian government has engaged in insulting activities against Turks. Demonstrations were held in many cities after the caricature "Turks are likened to cockroaches" was published on May 12, 2006, in the "Iran" newspaper, known for its closeness to the government. Dozens of people were detained in the incidents that followed, in which the police had to intervene.

On Nov. 6, 2015, on Iranian state television, a scene about a Turkish boy cleaning his teeth with a toilet brush and spreading bad odors in the children's program called "Fetile" also caused criticism in the country.

In the article titled "Irani Ma" ("Our Iran") in the Tarheno newspaper published by the Iranian Ministry of Culture and Islamic Guidance on July 20, 2016, a text containing insults against Turks was included in Ferdowsi's "Shahnameh."

In the article titled "Vezirani Kardani Iran" on page 94 of the history book published by the Ministry of National Education and still being taught in the fifth grade, the Turkish rulers of the past are compared to the "bedouins wandering in the desert" who do not have the ability to govern the country.