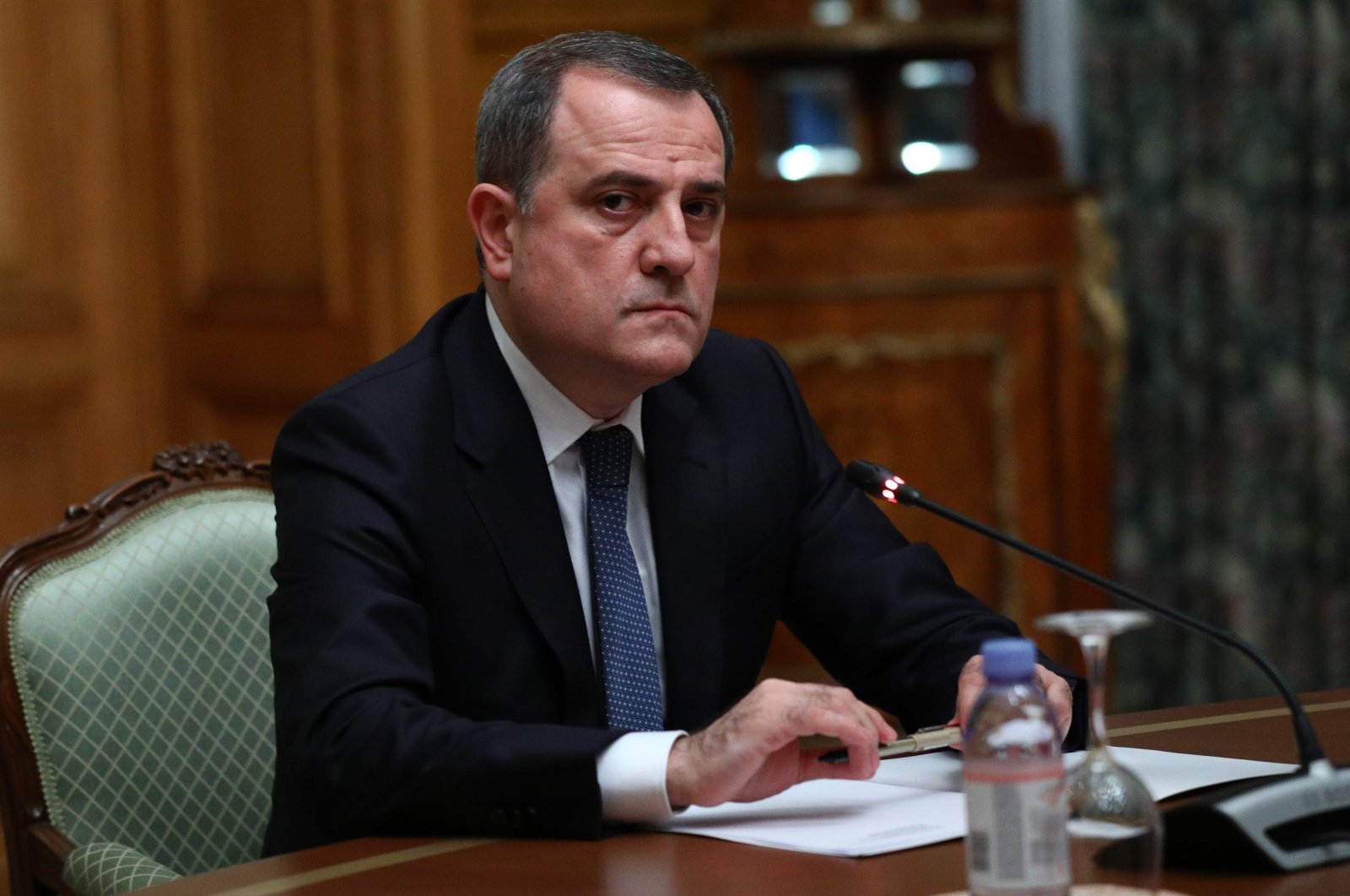 Azerbaijan's Foreign Minister Jeyhun Bayramov sits at a meeting with his Armenian and Russian counterparts in Moscow, Russia, Oct. 9, 2020. (Handout Photo by the Russian Foreign Ministry / AFP)
by DAILY SABAH
Nov 05, 2020 12:24 am

The social media giant’s move was regarded as pro-Armenian bias by the Azerbaijani populace, who called upon the company to restore the account of the top diplomat.

Some Turkish users also criticized Twitter, saying that the social media platform has taken Armenia’s side with the decision.

Bayramov, 47, who had been serving as education minister since April 2018, was appointed to the Foreign Ministry in July by decree of President Ilham Aliyev.

His account suspension came amid the heightened tensions in the Caucasus, as the Azerbaijani military continues to liberate its territories from illegal Armenian occupation.

Relations between the two former Soviet republics have been tense since 1991, when the Armenian military took control of Nagorno-Karabakh, an internationally recognized territory of Azerbaijan, and seven adjacent regions.

About 20% of Azerbaijan's territory, including Nagorno-Karabakh and seven other regions, has been under illegal Armenian occupation for nearly three decades.