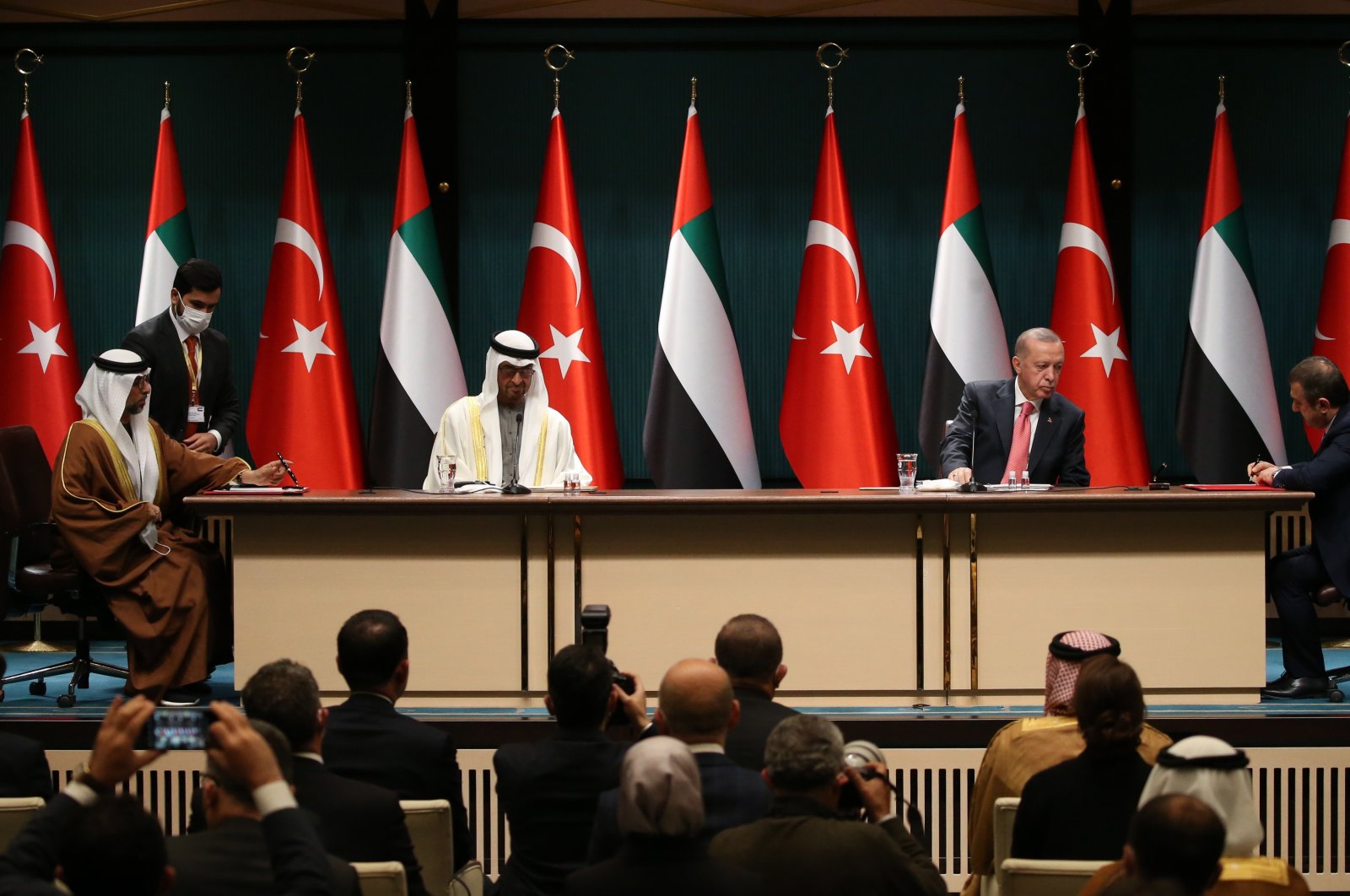 The UAE's crown prince was on an official visit to Turkey on Wednesday, his first since 2012 amid a strong renewal of bilateral relations between Abu Dhabi and Ankara.

Following a meeting between the two leaders at the presidential complex, Turkey and the UAE signed bilateral cooperation agreements in numerous fields, including trade, energy and the environment.

The UAE also allocated a $10 billion fund to invest in Turkey.

Al-Khaleej daily hailed the visit to Turkey as "exceptional."

It said MBZ's meeting with Erdoğan paves the way for the renewal of relations "between the two countries within the framework of common political, economic, commercial and investment interests, in a manner that serves to advance the process of development and progress."

The meeting bears "exceptional importance, because it moves relations with Turkey to a new phase, not only with the UAE but with various Arab countries, based on historical, geographical and religious relations and many common interests," said the paper.

For Al-Watan daily, the UAE's emir's visit to Turkey "corrects the course of history" and constitutes "a critical and very important station" on which relations between the two countries will be built "especially with regard to the economic aspect."

It also described the visit as "historic" and one that "heralds a new era of cooperation" between Turkey and UAE, citing the various agreements the two countries inked following the meeting between the two leaders.

Moreover, Al-Watan said the visit gives "impetus" in relations between the countries, which can be capitalized on to cooperate and reach consensus on important issues in the Middle East.

Meanwhile, Al-Bayan daily praised MBZ's meeting with Erdoğan as one that opens "promising prospects for development and prosperity in the region."

The newspaper said the two leaders discussed bilateral relations and ways to open new horizons for cooperation and joint work in all areas that serve their mutual interests, in addition to all regional and international issues and developments of concern to the two countries.

The daily cited MBZ hailing Turkey as "an important country with (a) great role and influence in its regional and international surroundings," noting the UAE's keenness "to cooperate with it in finding peaceful solutions to crises in the region in order to achieve peace and stability and open new horizons."

Al-Ruya daily said the visit "lays out a vision for a peaceful, stable, and prosperous future for the region."

MBZ's meeting with Erdoğan saw Turkey and the UAE ink 10 agreements on energy, the environment, finance and trade.

After concluding his visit to Ankara, the UAE ruler sent a telegram to the Turkish president expressing his appreciation for the warm welcome and hospitality shown to him and his delegation.